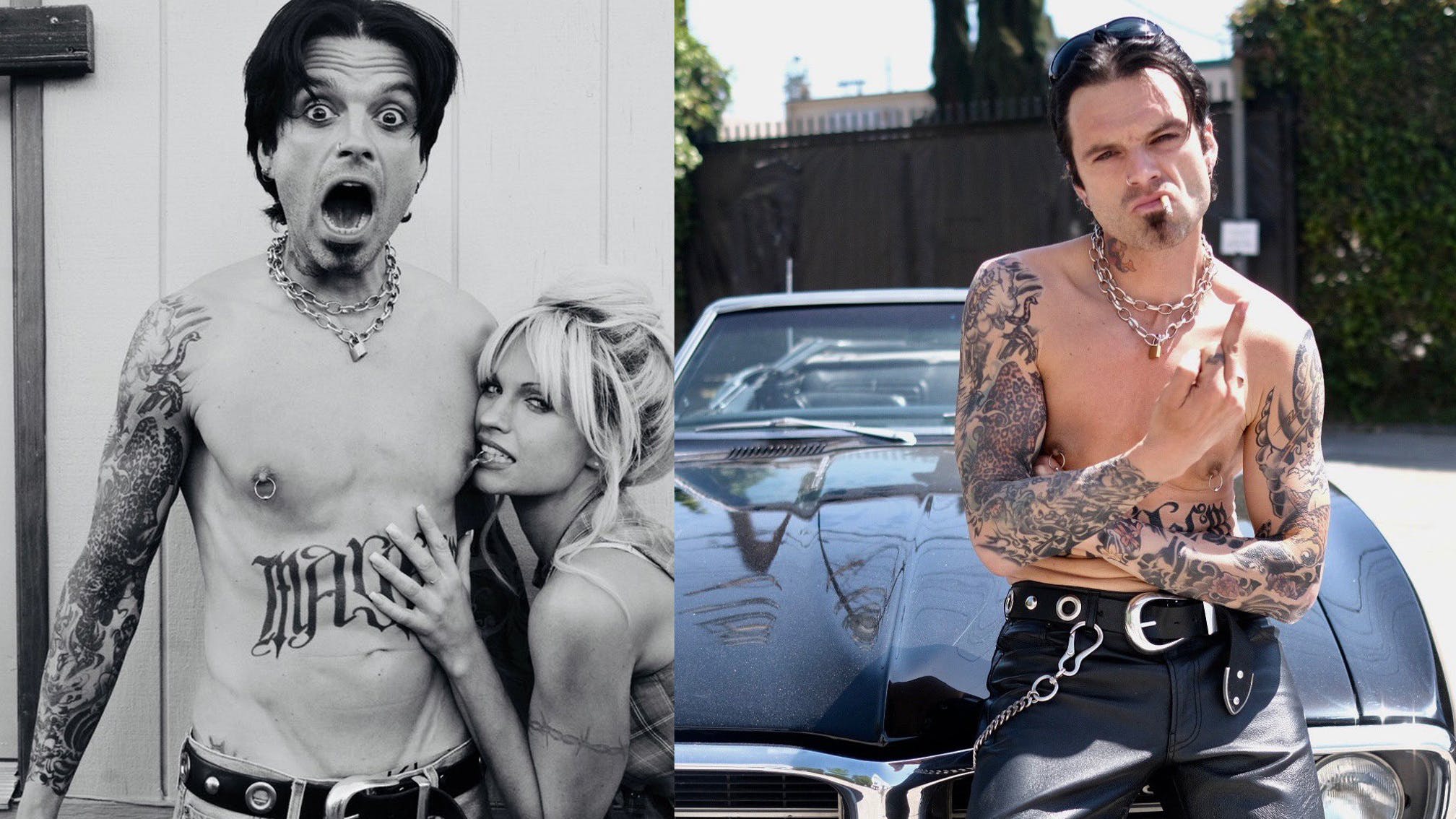 Marvel's Sebastian Stan and Downton Abbey star Lily James showcase their impressively realistic transformations into Mötley Crüe's Tommy Lee and Pamela Anderson for the show, which will, according to Hulu, "tell the true story of the release of the first-ever viral video in history: the sex tape of Pamela Anderson and Tommy Lee".

It will also have "a big focus on their relationship going back to their whirlwind romance that started with them marrying after only knowing each other for 96 hours in 1995".

Also starring in Pam & Tommy are comedy titans Seth Rogen and Nick Offerman, as well as Orange Is The New Black's Taylor Schilling, House Of Cards' Mozhan Marnò, plus Andrew Dice Clay, Pepi Sonuga and Spencer Granese. The script was written by Rob Siegel, while I, Tonya's Craig Gillespie will direct. Seth Rogen is also producing the project along with Evan Goldberg and Dylan Sellers.

Read this: Tommy Lee: "The minute you become complacent and lose that fighting spirit, you might as well pack it up and go home”

There's no word yet on an official trailer or release date, but Empire report that Pam & Tommy will likely see a Disney+ release in the UK, and, of course, Hulu in the States.

See Sebastian, Lily and Seth's new looks for the series below:

Read this: A brief history of heavy metal umlauts