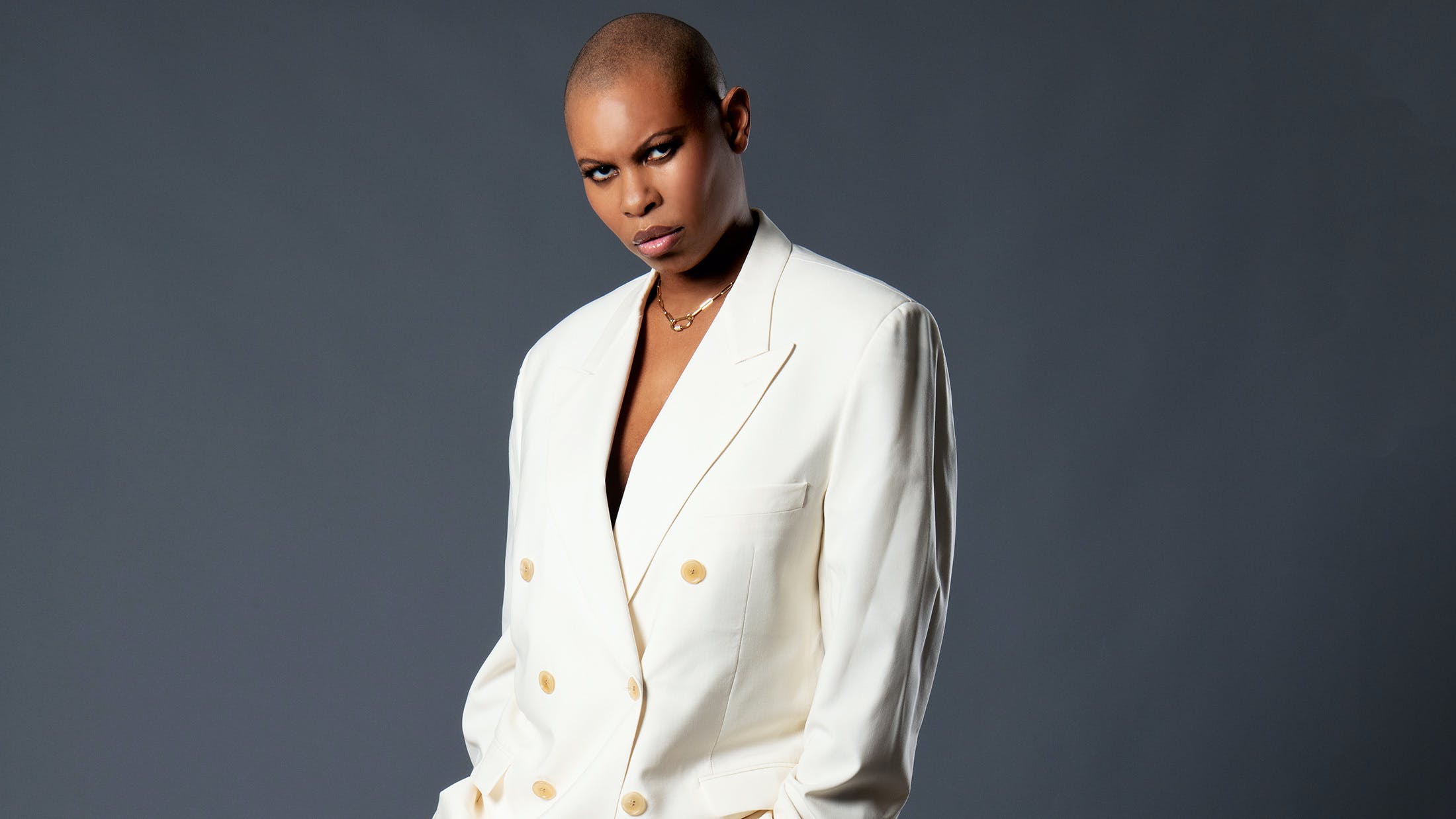 I feel both positive and negative about International Women’s Day. For example, if I was asked to talk about my most inspiring woman, for International Women’s Day, I think I’d fucking kill myself. Because that doesn’t really mean anything. Yes, of course we’re inspired by other women, but I think we’ve reached the stage where we’ve got to stop doing things like that, and concentrate more on getting more women in positions of power. Because that’s really the only thing that’s going to make a difference. Men are not just going to say, ‘Oh here’s the power – you take it. You just have it.’ They’ll throw us a bone every now and again, but the only way to get things more equal, the only way to protect women’s bodies and women’s rights, is to have more women in positions of power.

For example, in America here we have the [limits to] abortion thing. The only way to protect women is to have a black woman on the U.S. Supreme Court. You’ve got to have that balance. You’ve got to have that equality. And I feel very strongly about that. I feel a lot of things now are quite tokenistic. But what does that change? What does it achieve? Which is why I think the only way to really affect change is to have more women in positions of power.

And, of course, that change comes from people. People need to change, and that has to happen in lots of different ways. Education, for one thing. Giving women more chance to work, is another. I think being able to work, and having childcare so they can work, is my number one thing. Because that’s where it all starts. If women can have babies and get educated afterwards – because we need babies, we need women to have babies, obviously – but if you create a society where the woman who has become a mother can’t work because you’ve made childcare so expensive and so unavailable, then you’re perpetuating the same thing. And that’s generational. Women getting educated, getting work, and getting into positions of power is the thing that’s going to affect real change.

And I do mean all women. We need to accept trans women, and we need to accept all different genders. Because it’s such small numbers, so why are we making such a big deal about the few trans people who want equal rights, you know? We blow these things up into what look like life and death issues. They’re not life and death issues. The small percentage of people who are trans are not going to change anything, it’s just going to make life better for everybody. It’s definitely going to make life better for them. But giving these people equal rights is not going to change the fabric of the world. So I just think that all women should have to access to education, access to childcare, and that will have the knock-on effect of having more women in power, more women in positions of power.

From that we’ll have things that are more equal, we’ll have less painful misogyny. We won’t have to deal with the backwards mentality that women should be at home looking after the kids, which is what the kind of people who populate the Christian right-wing want. This cult in America. Everybody talks about how badly Muslim women are treated – I’m talking about extreme Islam here – they’re always using that excuse. Well, what about the extreme right-wingers? They want exactly the same things. The way that Christian ideals leak into politics is the worst thing about politics. Christian ideals coming into politics is horrific for women. Same with any religion, 'cause they’re all horrible when it comes to women’s rights. But I do think that the trail to success for women is the attainment is power. Never mind Black Lives Matter – we just want to matter. We just want equality. We just want the same chance as everybody else. We don’t want to stamp on anybody else’s chances, we just want the same chances as everybody else.

Because we’re not going to get anywhere unless women are given opportunities. Actually, no, not given – afforded opportunities. So I’m kind of irritated by a lot of the symbolism I’m seeing right now. I’m irritated by very weak campaigns because that isn’t going to do fuck-all. It’s not going to change a fucking thing. It’s just a hashtag or it’s just something you can put on social media. It’s not going to change anything. I think we need government to make laws to make things equal, rather than [launching] campaign after campaign after campaign that goes nowhere.

Skunk Anansie will tour the UK in April.