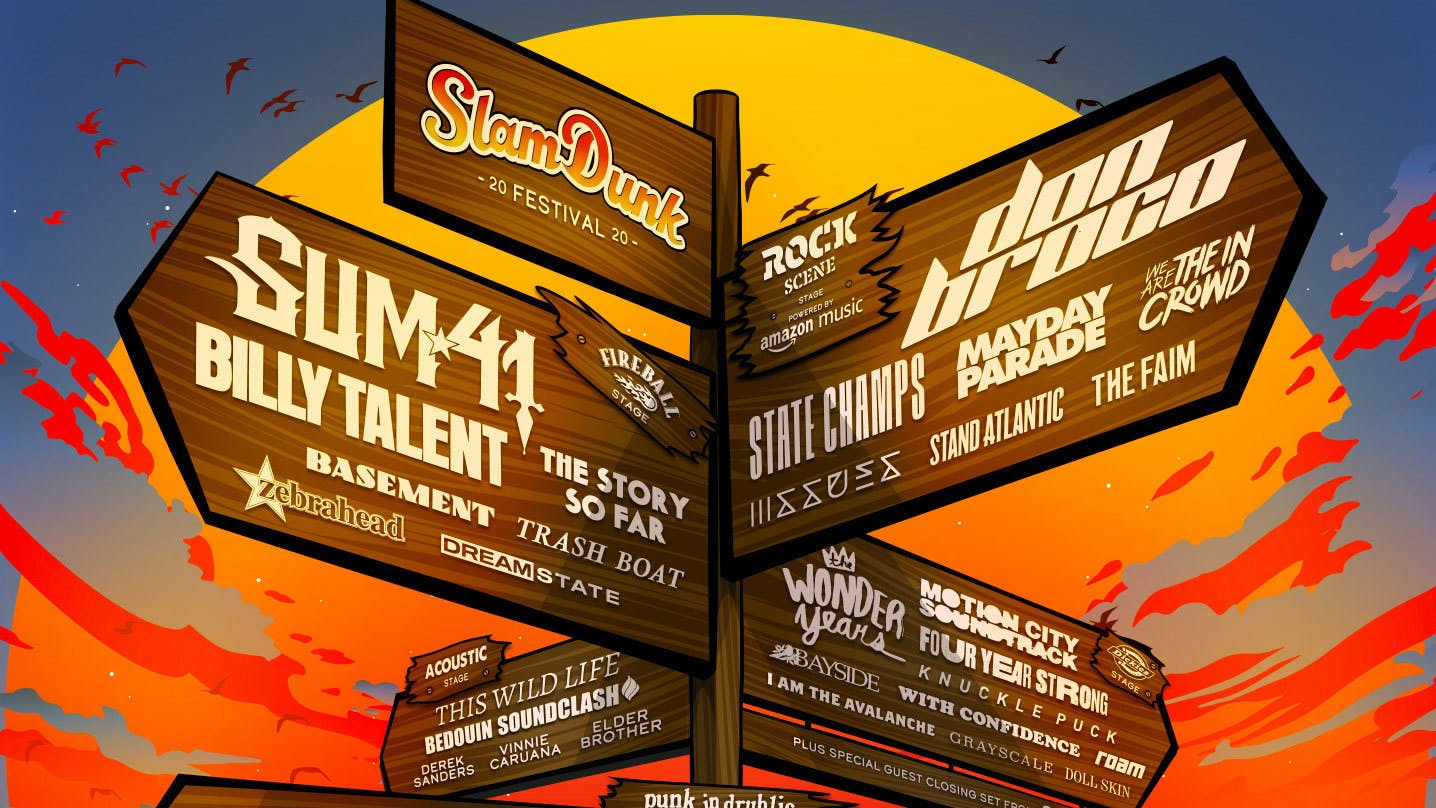 Slam Dunk Festival have added 14 more artists to its bulging line-up, including three additions to the acoustic stage.

Joining the May Bank Holiday weekender are Stand Atlantic, With Confidence, Wargasm, Static Dress, VUKOVI, I Am The Avalanche, Roam, Yours Truly, Sleep On It, The Bottom Line, 3OH!3 and DJ Jacky P.

"We are so damn excited to be playing our favourite festival in the world. We can’t wait to bring some new songs baby – we're gonna give ya everything we've got UK!” says Stand Atlantic's Bonnie Fraser.

“Slam Dunk is by far one of our favourite festivals to play," adds Roam's Alex Adams. "Come and watch us again or we’ll never come back and then everyone will cry. Roam doesn’t suck anymore!”

Derek Sanders from Mayday Parade, Vinnie Caruana from I Am The Avalanche and Elder Brother will also appear on the acoustic stage.

READ THIS: The 11 most underrated pop-punk songs from the 2000s

The full stage splits have also been revealed. Don Broco will be headlining the new Rock Scene powered by Amazon Music stage alongside State Champs, Mayday Parade, We Are The In Crowd and more.

Check out the full stage splits below.

Slam Dunk Festival takes in Leeds and Hatfield on May 23 and 24 respectively. Get your tickets now.

The rescheduled Slam Dunk dates in September are no longer going ahead.

Slam Dunk have added The Used and Alkaline Trio to their September festival.

Slam Dunk have announced who will be performing at September's festival, following its initial postponement due to coronavirus.

The Used have cancelled their spring UK and European tour, and have also pulled out of Slam Dunk Festival.

While She Sleeps, Code Orange And More Announced For Slam Dunk Festival 2020

Slam Dunk Festival have added While She Sleeps, Code Orange and more to their 2020 bill.

The Wonder Years are celebrating 10 years of The Upsides with a couple of very special anniversary sets at Slam Dunk Festival in May.