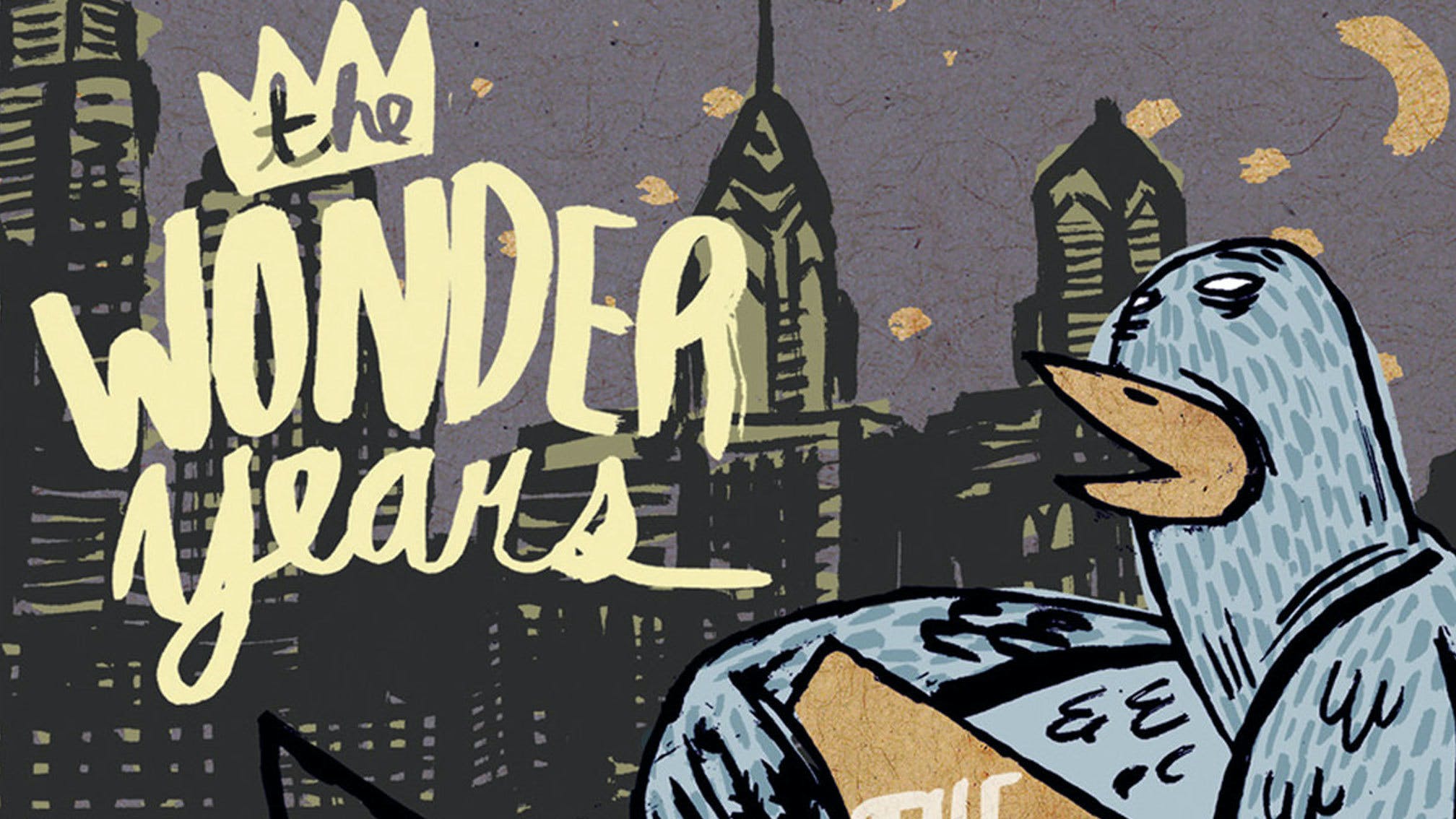 With a beautiful new EP on the way, The Wonder Years have not only unveiled another track from it – they've also confirmed that they'll be celebrating the 10th anniversary of their brilliant breakthrough record The Upsides at Slam Dunk Festival in May.

The Philly pop-punk kings have unveiled a new rendition of Washington Square Park (originally from The Upsides) as part of their Burst & Decay Volume II EP, due out on February 14 via Hopeless Records. “This is our consensus favourite song on the EP,” frontman Dan Campbell says. “We had such a fun time figuring out a new lens to view it through. The challenge with any of these is how to subvert expectations while still remaining true to what made the song resonate in the first place.”

Meanwhile, reflecting on The Upsides and their reasons for playing it in full at Slam Dunk, Dan writes:

"Ten years ago today we released a record that shifted the course of our lives forever. There’s no real way to quantify what The Upsides did for us personally or as a band. It's not like a few things changed. Everything changed and we honestly haven’t entirely decided how to best honour that but we figured we have all year to figure it out. For now, though, we do have two things planned:⁣

"First, right now, you can hear the version of Washington Square Park that appears on Burst & Decay (Vol. II). WSP was the first song we released from The Upsides. It was the song that started the groundswell and so it feels appropriate to release this new look at the song on the 10th anniversary. This is our consensus favourite song on the EP. We had such a fun time figuring out a new lens to view it through. The challenge with any of these is how to subvert expectation while still remaining true to what made the song resonate in the first place. With the help of Ace and Nik at Lumberyard, we think we did just that and we hope you love it.⁣

Read this next: 11 of the all-time best guest spots in rock

"The second thing we’re going to do is play the record in full at Slam Dunk festival this year. Ten years ago at Slam Dunk in 2010 we played two sets that felt surreal and impossible–an exercise in pure joy. There was no “made it” moment in our career; no defining point when some bigwig label president heard our song and told us we were gonna be stars or something but SD2010 was emotionally that moment for us. So, we felt like there was no better place to play the record in full. We weren’t (and I guess still aren’t) sure that people want to hear the record in full live in 2020 so Slam Dunk will be the test. If it feels good, if the energy is there, then maybe we’ll start planning to do the record in more places before the year is out.⁣

"For now, we find ourselves in a familiar place: a place to say thank you. Thank you to The Upsides. Thank you to the people that listened to it. Thank you to everyone that got the words tattooed on their bodies or carved them into their hearts. Thank you for letting it resonate with you."

See The Wonder Years on tour in the U.S. with Free Throw, Spanish Love Songs and Pool Kids:

And catch The Wonder Years performing The Upsides in its entirety at Slam Dunk in May.

Read this next: 10 moments that made My Chemical Romance superstars