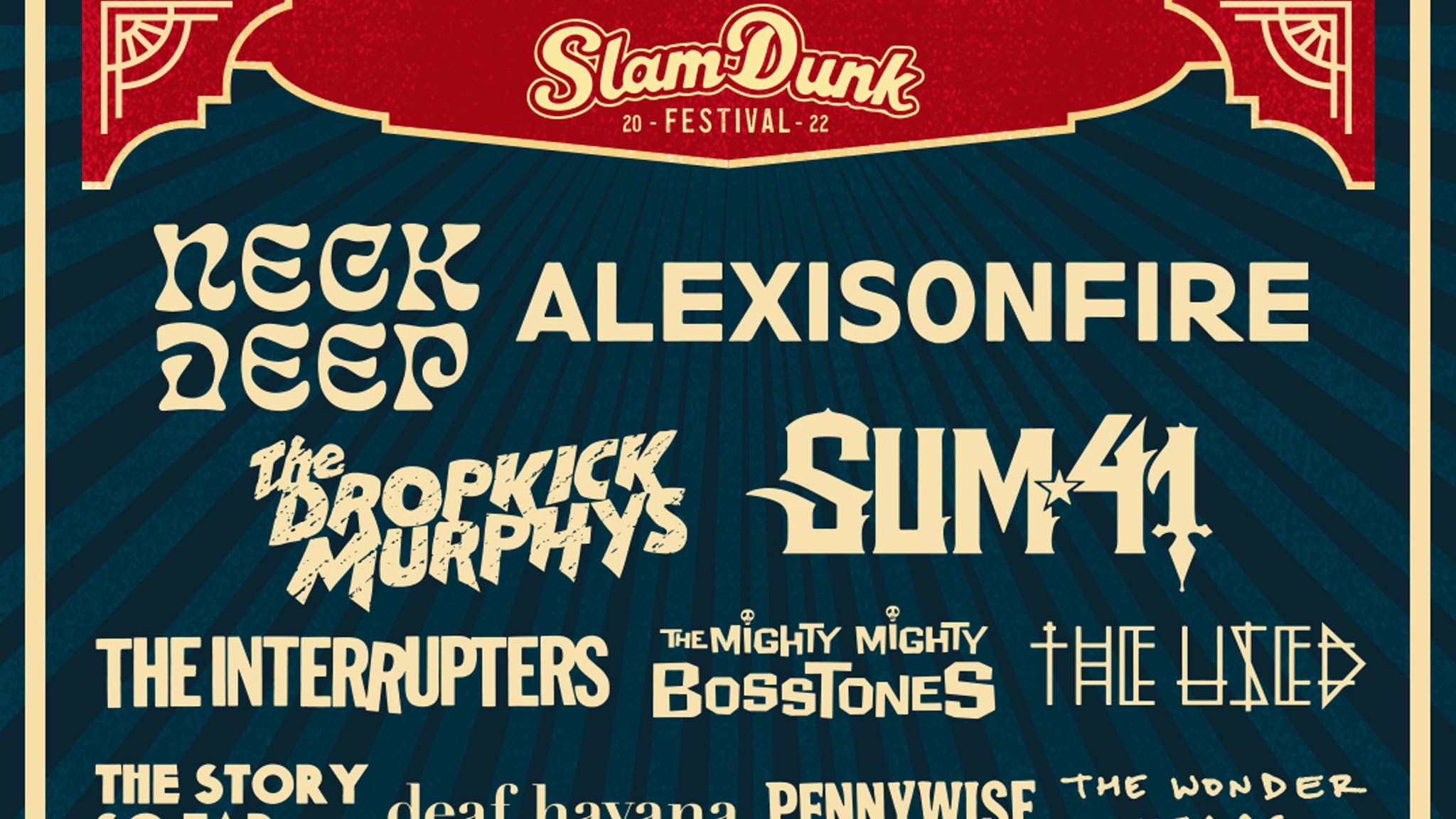 The fourth and final headliner for this year's Slam Dunk Festival has been revealed, along with plenty more acts on the rest of the 2022 line-up.

Wrexham heroes Neck Deep will be making the deserved step up to headliners at the June weekender, joining fellow bill-toppers Alexisonfire, Sum 41 and Dropkick Murphys. “We’re really stoked to be back at Slam Dunk," enthuses Neck Deep vocalist Ben Barlow. "It’s one of our favourite fests to play and there really isn’t anything else like it. It feels like our whole world is right there at Slam Dunk. We’ve worked our way up over the years playing various different slots and it’s an honour to be one of the main acts this year. It’s been way too long since we’ve been back at the fest, we usually do something special around it so expect something cool in the run up. Or at the very least, a daft T-shirt or two. See you there!”

Elsewhere, Cancer Bats, The Bronx, The Summer Set, Point North, Mom Jeans and As December Falls will all get in on the action, with Slam Dunk revealing that there's still more to come later down the line, too.

“England!" proclaims The Bronx's Matt Caughthran. "We have missed you terribly and cannot wait to come fuck shit up at Slam Dunk 2022. This time it's for real!”

Cancer Bats' Liam Cormier, meanwhile, says, "Super stoked to announce that our return to the UK will be at Slam Dunk 2022! There's so many rad new things for Cancer Bats this year, we can’t wait to share it with all of our UK pals and what better place than the biggest party they're all going to be at! Also, it must be noted that there’s going to be some serious Canada vibes on our stage and we're pumped to be a part of that!"