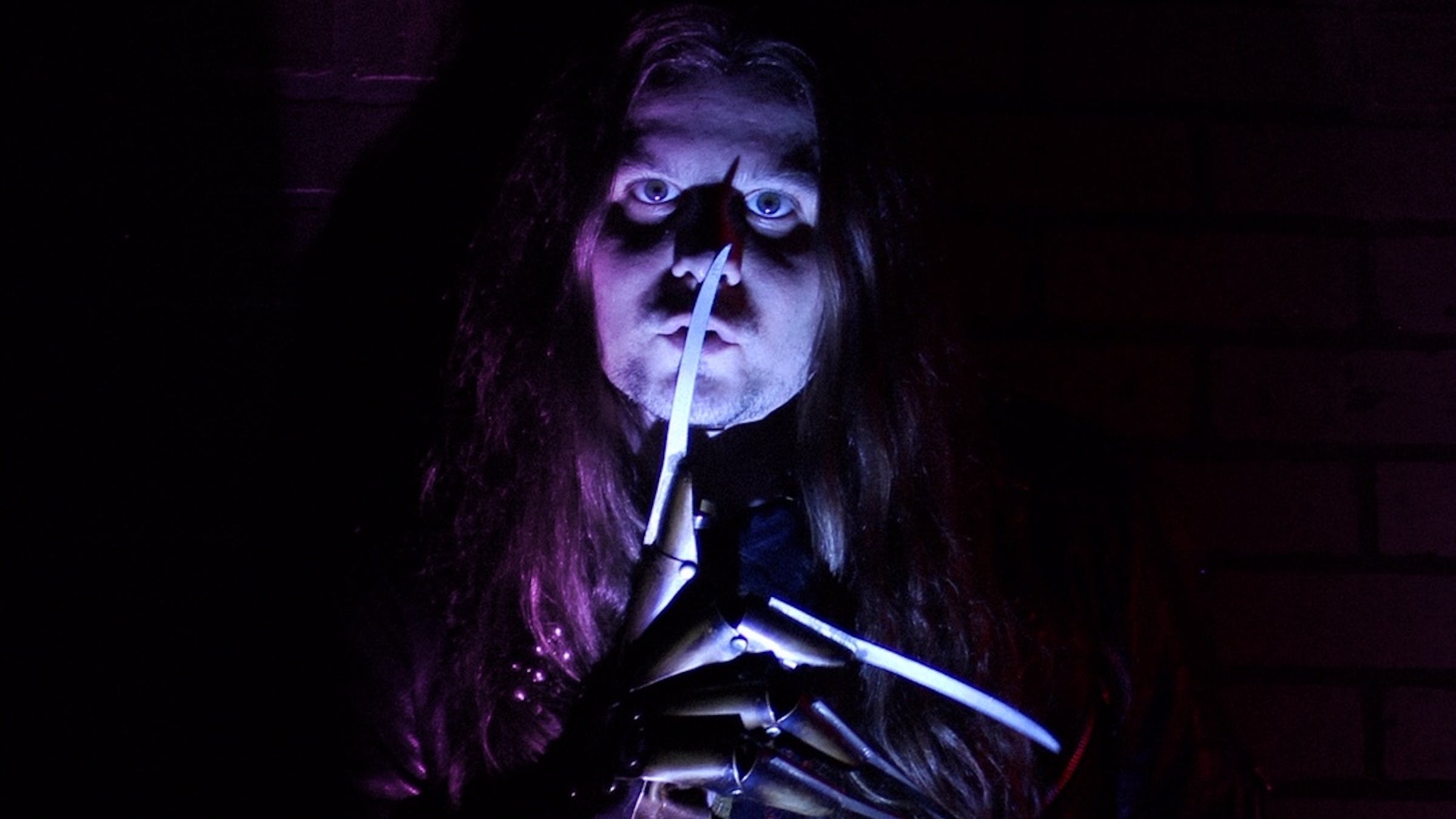 While plenty of bands make music about monsters and murder, Slasher Dave might be the only one who truly channels the spirit of Halloween. As the frontman of Motor City stoner metallers Acid Witch, Dave pens groaning, cobwebby anthems to wizened hags ripping cursed pumpkin bongs. But it's his work as a solo synth-industrial artist that perfectly transports listeners back to the Samhain of their youths, sweating beneath a plastic mask while staring at a decrepit old house and daring themselves to ring the doorbell and say those three magic words.

But unlike some of his previous albums, Slasher Dave's new EP, The Horrors Of Hellhouse, takes both a more menacing and more personal tone. The cover art and song titles reference not just Halloween but Devil's Night, the night before Halloween that's synonymous with widespread arson in Dave's hometown of Detroit (not to mention hell houses, Christian-themed haunted attractions meant to scare sinners straight). That blazing grimness is translated via the album's smashing beats and smoldering accents, which feel hotter to the touch than those of his earlier work. The result feels less like the slow walk towards the cobwebby crypt and more like the panic that surges through someone fleeing from their certain death.

READ THIS: 13 bands who should make their own haunted houses

About the EP, Dave tells us, "It’s probably my most aggressive and demented sounding material to date. You can still hear a major John Carpenter influence, but the synths are a bit more distorted and heavier than my usual stuff. As with most of my albums, it’s Halloween-themed, and every song/title roughly explains what has happened in the HELLHOUSE! Enter, if you dare...”

Listen to our exclusive stream Slasher Dave's The Horrors Of Hellhouse and turn your whole world into one big jack o'lantern:

Slasher Dave's The Horrors Of Hellhouse comes out Friday, October 11, and is available for preorder.

Come see Dave in all his autumnal glory at the Acid Witch Freak-Out Spooktacular 3 this Saturday at the UFO Club in Detroit, Michigan.

READ THIS: The Underground Sounds Of America: Acid Witch