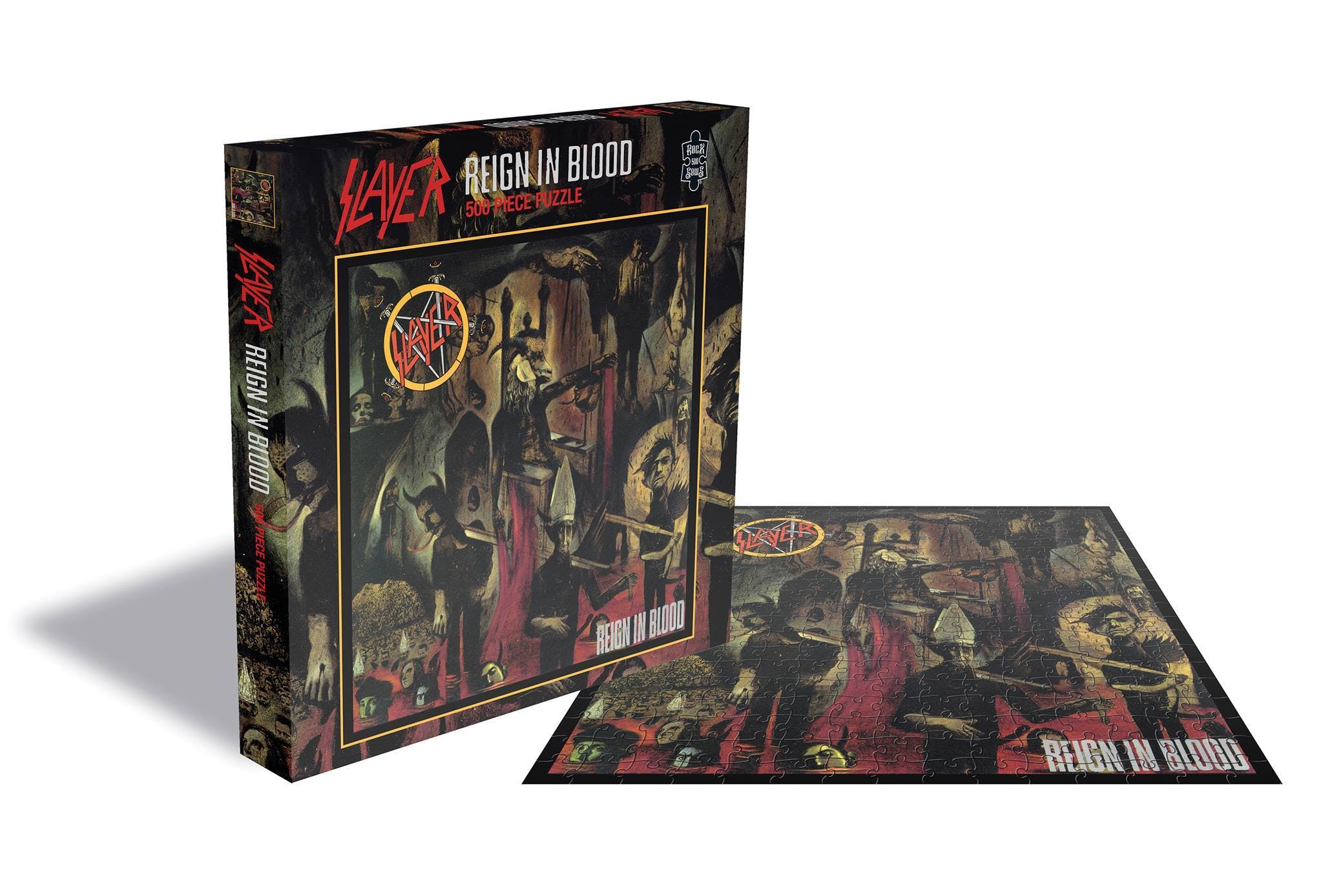 Metal album covers are so grandiose and awesome, they're art unto themselves. Now, UK toy company Zee Productions has decided to pay tribute to some of those incredible record sleeves by starting Rock Saws, a new rock and metal jigsaw puzzle company whose first wave of puzzles includes covers of albums by Iron Maiden, Judas Priest, Motörhead, and Slayer.

Each band has three of its famous albums turned into puzzles, with the following breakdown:

You can pre-order your Rock Saw puzzle right here for £17.50.

Discussing Slayer's varied and elaborate merch over the years, frontman Tom Araya said, "Slayer has a lot of cool shit, and believe it or not, that’s something that I wanted to do, I wanted the band to be involved in or to have more of a product line.

"The very first offer we had was Vans," he continues. "They reached out to us and said, 'Hey, we want to do a Slayer Vans shoe. And we said, 'Cool.' They did the original Slayer shoes with the blood splatters on the shoe...and it sold. So then Vans said, 'Hey, we want to do more shoes.' So they did two -- the slip-ons and the high-tops. And they were fucking cool.' We did snowboards, skateboards...all kinds of shit like that. Really cool shit."

On his favorite piece of Slayer merch, guitarist Kerry King says, "The metal box from Decade Of Aggression. That was cool as shit. I've got to find mine, because I know I have it somewhere. When that came out, I was impressed -- that was a really cool product. Lately, there are so many cool things."