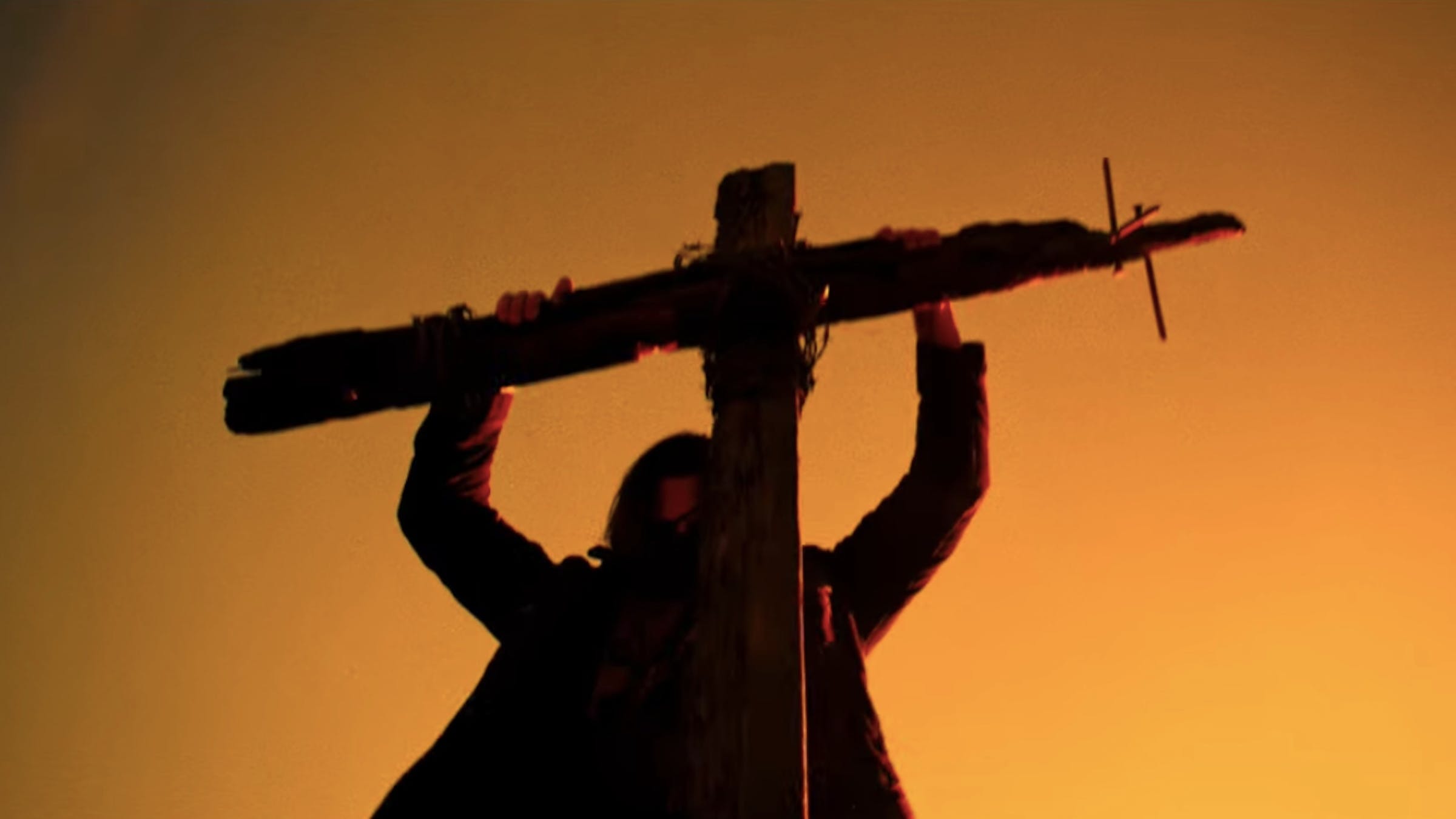 There have been rumblings that Slayer’s final tour is coming to a close for a while now. Between the band playing their final shows in various locales at fests all over the world this summer, and Les Claypool hinting that their last-ever American run will happen this fall, it’s looking like thrash’s most evil band weren’t bluffing when they announced they’d stop playing live. Now, Slayer have released a cryptic teaser video declaring that something is coming this fall -- though it's just vague enough to keep fans wondering what that'll be.

The video is surprisingly quiet and creepy for Slayer, a band usually defined by fire and noise. It shows a backlit figure -- looks like the eyepatched dude from the Repentless video -- digging what appears to be grave, while a gravelly voice -- sounds like Danny Trejo -- speaks about how every story must have an ending. The video concludes with the figure slamming a ramshackle cross into the grave, which fades into the Slayer logo and the words ‘Fall 2019.' At this point, the voice says, “This is the end… of the monsters.”

Take a look yourself:

One assumes this is an ad for the last leg of Slayer's final tour, but it’s vague enough that one can’t be sure. Is there a final album in the works, or perhaps a last video in the Repentless saga? It’s not 100 per cent clear, but keep your eyes out for a tour announcement in the near future.

Sadly, the UK will never see another live Slayer show on its shores. The band recently played their final UK gig ever at Download, with a setlist of the following tracks: