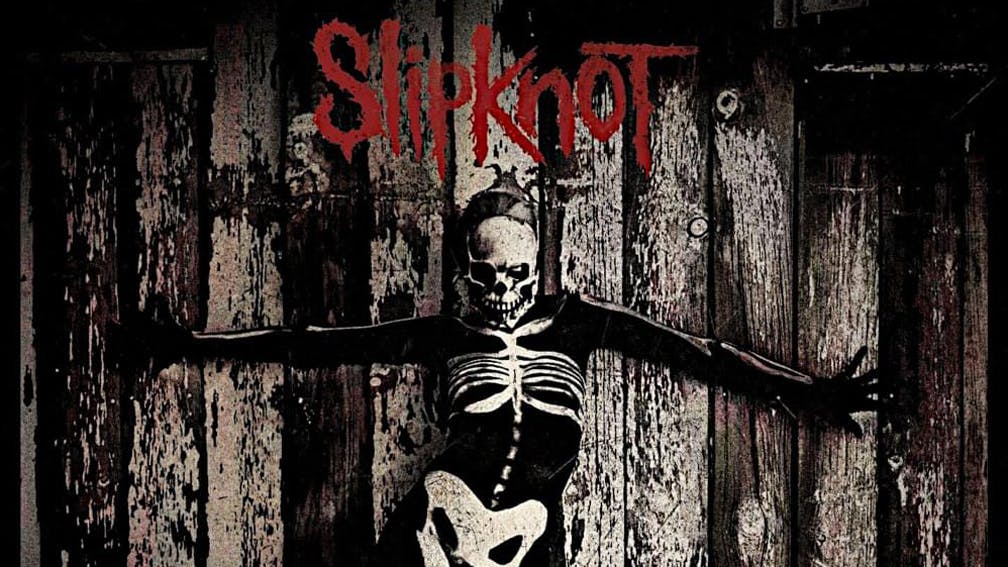 Artistic mastermind Shawn 'Clown' Crahan has shared an alternative version of the cover for Slipknot's .5: The Gray Chapter album, in honour of the record's five-year anniversary.

The ’Knot’s fifth full-length – and first to not feature original founding members bassist Paul Gray and drummer Joey Jordison – turned five yesterday (October 21), and to mark the occasion, Clown posted a version of the cover that was in fact a "strong contender for the final artwork", as well as representing where he his was at during the making of the album. While not exactly a million miles from the version that ended up making the cut, it's nevertheless always a thrill to dig that little bit deeper inside Clown's mind.

At the time of .5: The Gray Chapter's release, we caught up with the band at Knotfest 2014 as they collectively went through something of a rebirth.

“We’ve all been on our own trips these past years,” Clown said. “I’m kinda like the last [original member] left. Joey is gone. Paul is gone. We had to fight hard for this band. It’s been an amazing trip, just one motivated by different circumstances. Life. Death. It’s fucking sucked, but getting here, to today… It’s been a journey. A sad, beautiful journey, full of anger and pain and all that good stuff. Fear, too. Fear is the greatest motivator in my life. It’s instinctive, primal. I like blood. I like hurt. I like dudes buckled over, exhausted. That’s what Slipknot is. We just keep pushing.”

Read this next: Jim Root’s track by track guide to We Are Not Your Kind

“We knew it was never going to be easy [to move on from Paul and Joey],” added frontman Corey Taylor. “This album is such a big part of our history that it made it even more important [to get right]. We wanted people to know how we were feeling, and where we’d been. And to do something so poignant, and so thoroughly, without falling off the edge…”

Check out the artwork below. Which one do you prefer?

Read this next: How well do you know Slipknot’s lyrics?

Catch Slipknot live in the UK next year with the mighty Behemoth in tow.

“It feels good to be coming back for an extensive tour of Europe and the UK,” says Corey. “No matter how many times we come there, it always feels like we can never get enough, nor play all the cities we want to. But one thing’s for certain: the audiences are always some of the best in the world.”

Read this next: The story behind Slipknot’s debut album