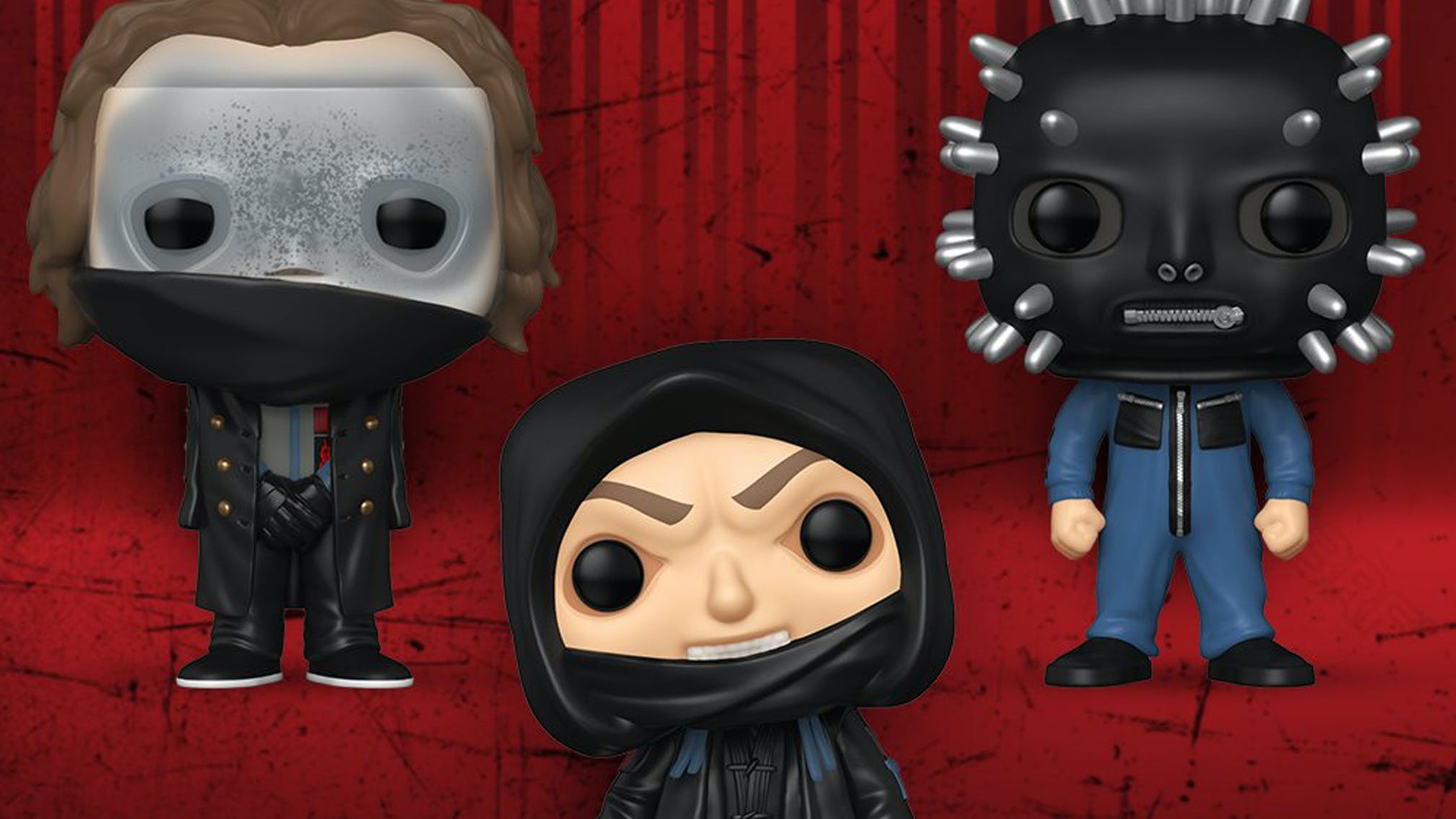 Slipknot's killer We Are Not Your Kind era has been immortalised in POP! vinyl form, as the masked titans have just unveiled pre-orders for three awesome new figures.

Frontman Corey Taylor, DJ Sid Wilson and samplist/keyboardist Craig Jones have all been turned into vinyl figures for Funko's POP! Rocks range, with the band teasing, "Stay tuned for more to come." Does that mean we can also expect Clown, Mick Thomson, Jim Root, V-Man, Jay Weinberg and maybe even a Tortilla Man to come?! Fingers crossed – although that's going to take up a hell of a lot of shelf space (worth it, though).

Earlier this month, Clown revealed that a follow-up to We Are Not Your Kind could be on the way sooner rather than later, as the band have began work on new material.

“Since everybody’s taken a lot of time off, we thought we’d utilise it by getting together and do what we probably do best, which is write music,” Clown continued. “So it’s been good, because there’s no pressure. It’s not like we have to. We’re doing it because we want to. And it’s just been a blessing, because boredom can set in. And I know all of us in the world are going crazy, so we’re really lucky to be able to be together and do what we love most.”

Read this: The 50 most evil songs ever