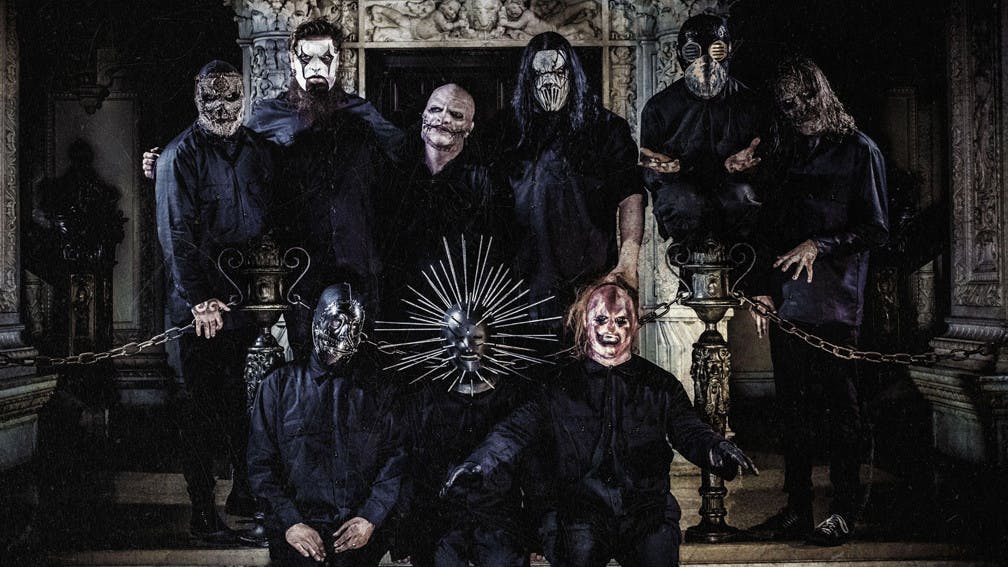 ABSOLUTELY COLOSSAL NEWS, PEOPLE: Download have revealed all three headliners for next year's festival, along with a further 17 bands on the line-up!

Obviously we're unbelievably stoked on this brilliant news, so we called up Slipknot's formidable Shawn ‘Clown’ Crahan at home in Iowa to get an update from the band – who are hard at work on the follow-up to .5: The Gray Chapter – ahead of their fourth Download headline slot. You can read the full interview in the new issue of Kerrang!, but in the meantime here's a teaser of our chat…

On Slipknot going up against fellow headliners Def Leppard and Tool at the festival, Clown says:

“If someone chooses to come and see us, they’re going to get us. I don’t care about the day before, and I don’t care about the day after! One thing I know about Slipknot is that it’s impossible to not talk about us, so I really don’t get caught up in competition – I’m here to kick you in the face and make you remember it. End of story. I don’t know what Tool is doing, and I don’t fucking care. I wanna hear their new album, but if I’m out playing, I don’t care what they’re doing, and they don’t care what I’m doing. But I’m gonna kick you in the face.”

And on the progress the ’Knot are making on their new record, he reveals:

“We’ve been writing for the last two years. We went to LA seven or eight times for two, three, four weeks at a time, and wrote – seriously wrote. It’s a wonderful thing, and we’re not left with that stress of getting together when Corey [Taylor]’s ready. We just decided to take that pressure off us. We’ve been doing this for 20 years, and if everyone just shuts the fuck up and lets us do what we do best – which is Slipknot – then we will come through. There’s, like, 20 categories of things that need to be taken care of in order to make a Slipknot album, and I’m talking to you today, on October-fucking-whatever, about headlining Download Festival 2019. If that isn’t enough to make everybody wake the fuck up that we’re back, then I don’t know what the fuck else is. This is real.”

Download Festival takes places from June 14-16, 2019. Tickets are on sale at 2018's prices until November 6 – head to Downloadfestival.co.uk/tickets for more info.

And be sure to pick up this week's issue of Kerrang! for our huge new interview with Clown!