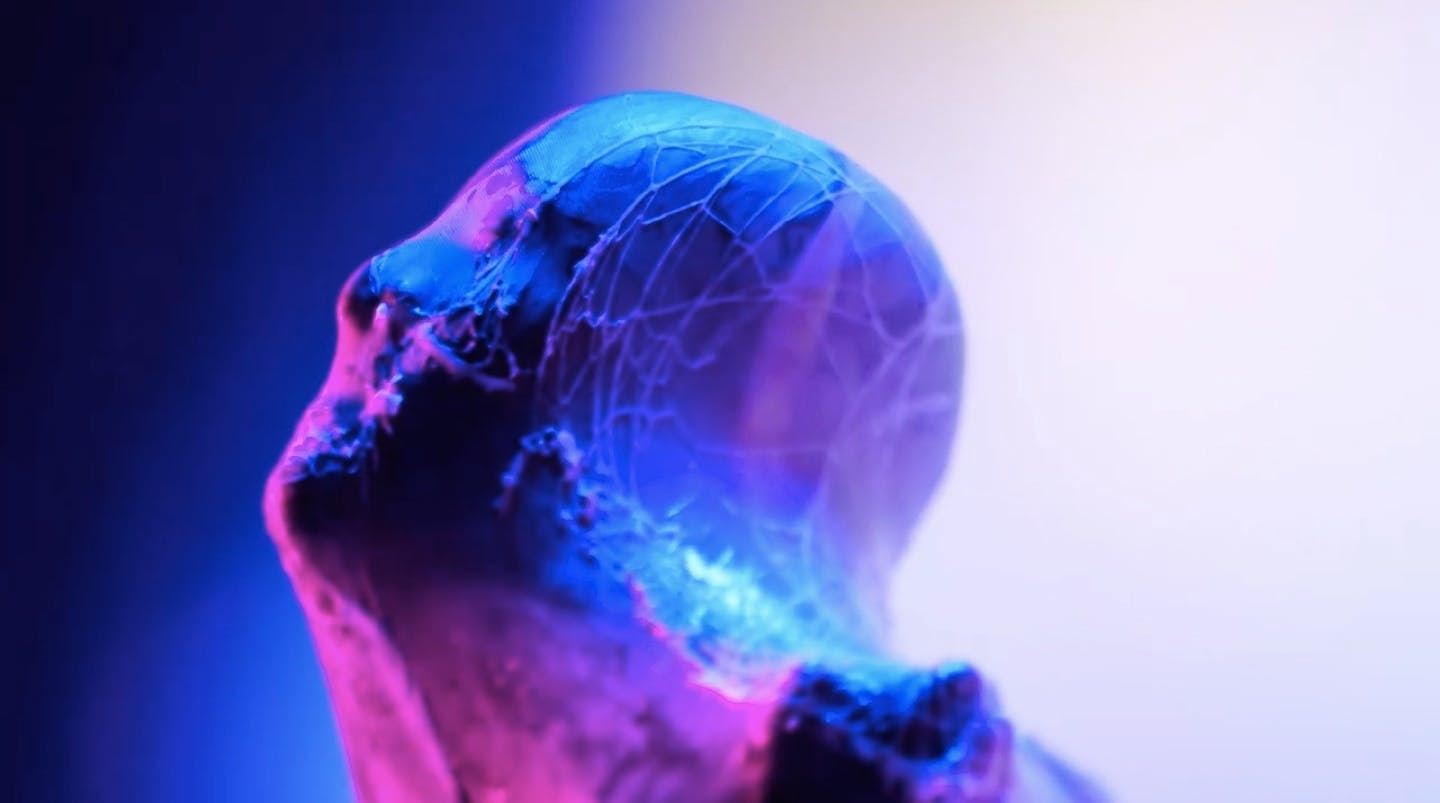 Only last night, Slipknot released a series of cryptic teaser clips that seemed the suggest the coming of something larger. Now, the band has released a new short film, titled Pollution, which seems to tie together these clips and the video for their track Nero Forte.

The short film, directed by Shawn 'Clown' Crahan, is 20 minutes long and features a series of psychedelic mindscapes, including spiders attacking each other and cells dividing. The various "chapters" of the film appear to be named after the captions accompanying last night's posts.

Also included in the film are the art from Slipknot's All Out Life single, shots of a bondage marching band who seem to be disciples of Craig Jones, and nude figures writhing in some sort of membrane. Midway through the video, the band kick into the video for Nero Forte, after which things begin to get especially weird. The video ends with a merging of the early body horror sequences and the Nero Forte video, until a birthing scene of sorts takes place that makes the entire project feel decidedly like it belongs to no other band but Slipknot.

READ THIS: The 11 creepiest Slipknot moments ever

Says Clown in the video's caption, "I set out to make a short film that makes you question your own existence, here in this reality. When you lay down in your bed, next to the one you love, do you ever ask yourself: is it possible that this person could slit my throat while I’m sleeping? Enjoy. Pollution is everywhere.”

Slipknot kick off their UK tour in Dublin tonight, so let your mind be turned inside out at one of the following dates:

READ THIS: 13 of the greatest songs from late in a metal band's career