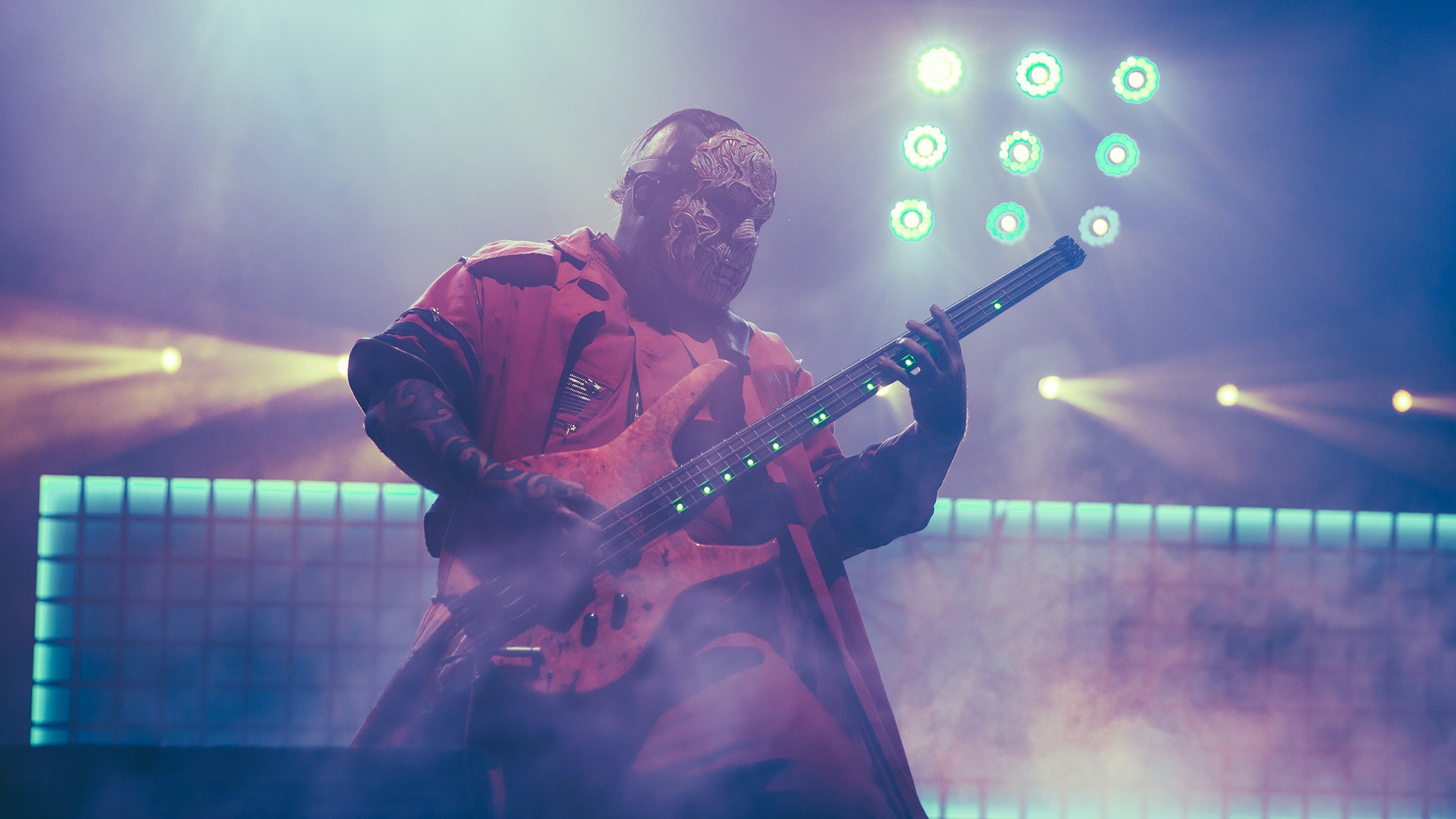 While Slipknot are incredibly cautious when it comes to keeping things under wraps when they need to, no Maggot can forget the moment the Iowa metal titans seemingly accidentally gave away the identity of their then-new bassist, Alessandro ‘V-Man’ Venturella, back in 2014.

Releasing the explosive video for The Devil In I, all nine members were – as they always are – in their custom masks and boilersuits, with V-Man and fellow newbie Jay Weinberg wearing fairly nondescript matching masks to keep their identities secret at the time. There was just one flaw in their plan: the bassist has hand tattoos, and it didn't take long for the Internet to figure out who he was by zooming in on the ink ("I was like, 'Why didn't we make him wear gloves?'" Corey Taylor later recalled). D'oh.

Anyway, in a brilliant new ’Knot special for Radio 1's Rock Show, Daniel P. Carter – who is bandmates with V-Man in Krokodil – remembers the moment it all went down, with the radio host detailing his friend's reaction to this top-secret information hitting the headlines.

“We were in the studio working on stuff and The Devil In I video went up online and all of us in the studio kinda sat there and watched it in on the computer and were high-fiving him and stoked and everything," Dan says (via Loudwire).

“At this point, no-one knew who these new members were in the band. But I think within about a half an hour I think somebody had screen grabbed the picture towards the end of the video where V-Man's playing bass and somehow, someone recognised the tattoos on his hand – they’re pretty distinctive, I guess. And I remember him having this look of mad panic as his phone just started blowing up, like for the entire rest of the day – to the point where he was like, ‘I just need to go. I just need to go now.’ It was amazing.”

Hilarious. See if you can spot V-Man's tatts in The Devil In I video below:

“We set a precedent last year – Knotfest is a showcase where you never know what to expect,” said frontman Corey Taylor. “This year is no exception. The bands we have represent all corners of our musical world, just like we do. And they’re exciting as hell. I can’t wait to watch and enjoy them along with the rest of the fans.”

Catch Slipknot live this year at the following dates:

Read this next: Corey Taylor: "I don't need to fucking destroy myself anymore – I'm very grateful"