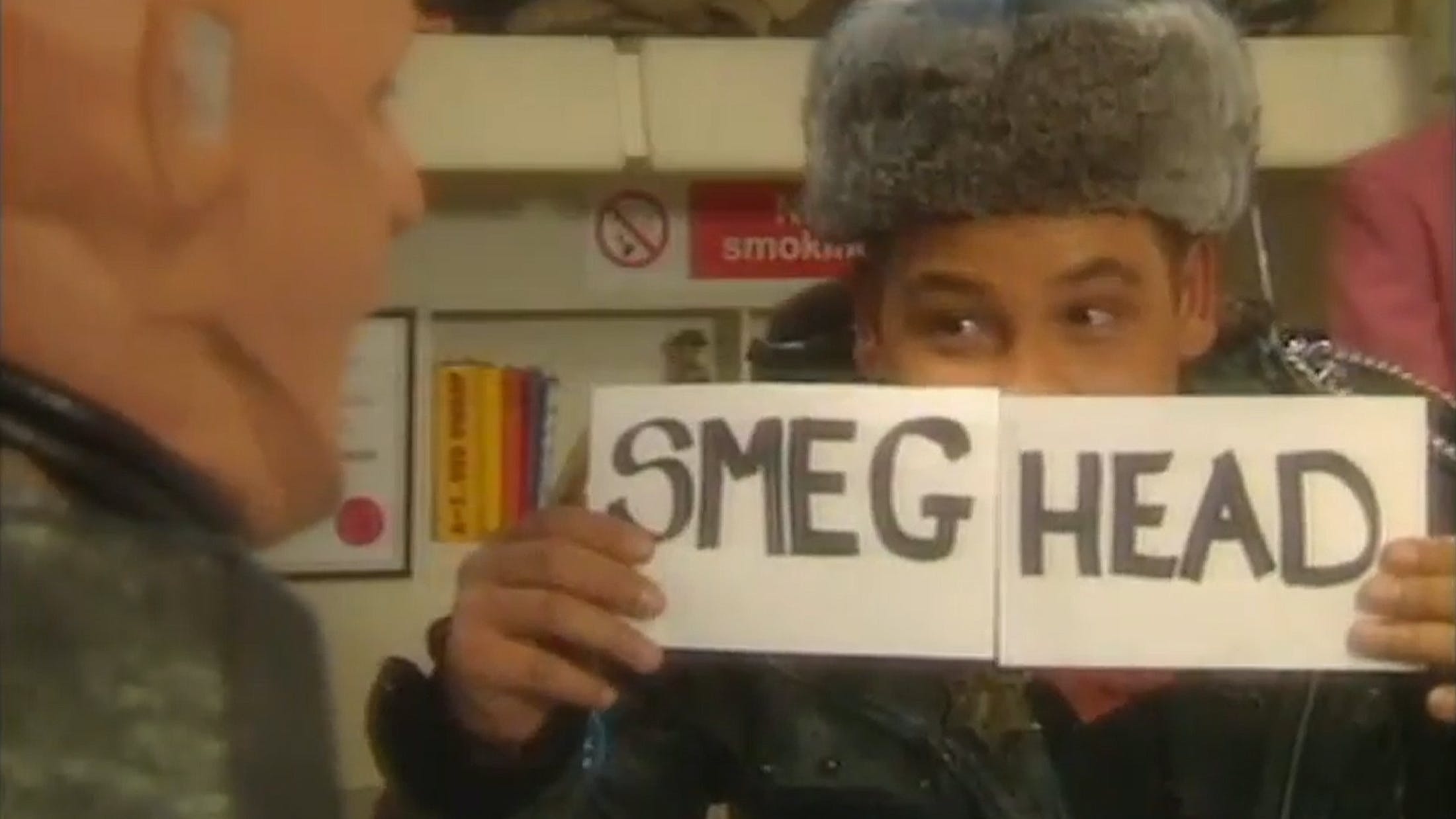 Mork, the slapstick alien played by the late, great Robin Williams in the ’70s sitcom Mork & Mindy, was a fan of exclaiming “Shazbot!” The word was never translated literally, but the character might not have been seen as so endearingly childlike if we knew he was shouting “Fucking hell!” in Orkan. The show also wouldn’t have been on at tea-time.

Sci-fi has always been a way of holding up a mirror to the world. Ursula Le Guin famously said that science fiction isn’t about the future but the present, and a huge amount of people have been introduced to satire and anti-authoritarian ideas through various tin-foil-covered allegories. From the earliest days of pulp fiction to the mega-franchises of today, powerful and important concepts have been subtly taught as backdrops to laser battles between characters with numbers in their names. Come for the big cool robot fights, leave as a politically engaged anti-capitalist. It’s good shit.

Or rather, good stuff. For a long old time, the quickest way to get taken out of libraries or complained about by parents was to include swearing. This led sci-fi creators to come up with new alternatives to the usual suspects, both to evade censorship and emphasise the ‘otherness’ of the worlds in which their tales took place (if a movie was set 10,000 years in the future and started with someone calling someone else a shithead, that would just seem plain silly).

Bill The Galactic Hero by Harry Harrison is a terrific book, a laugh-out-loud funny anti-war satire with a hidden gut-punch of an ending. A bleakly hilarious look at the futility of war and the cruelty with which people can treat one another, it’s a book that should be read by as many people as possible – ideally when they are about 12. During the title character’s ascension through the ranks of the Space Troopers, there’s plenty of effing and jeffing, except Harry opts for his own coinage, ‘bowb’, instead of the curses we all know and love.

As with a lot of made-up swear words, ‘bowb’ is kind of all-purpose – the phrases “Don't give me any of your bowb!”, “Get over here, you stupid bowb!” and “What is this, "Bowb Your Buddy Week?" suggest it can be substituted in easily enough for ‘shit’, ‘bastard’, ’asshole’ and ‘fuck’.

‘Frak’ was the swearing go-to in Battlestar Galactica, the tragically under-appreciated ’00s revival of the cheesy ’70s original. The new BSG was fiercely intelligent, unfeasibly sexy and, until they whiffed the ending, basically the best show on telly at the time. However, it was broadcast on the swearing-free NBC, hence ‘frak’. Seen from the vantage point of a world with Netflix and HBO, where millions of people have heard endless c-bombs dropped in Game Of Thrones and Succession, Battlestar can look a bit silly now, but ‘frak’ did what it needed to do.

Any one-syllable word that starts with an F can be doubled in for ‘fuck’, basically, especially if it ends in a K. There are literally thousands of funk bands that have stupid names based on this exact premise. It worked for ‘frak’, as well as Farscape’s go-to cuss-word ‘frell’. Characters in the Ringworld books by Larry Niven tend to opt for ‘flup’. Firefly used the same kind of technique (changing part of a sound) to get ‘gorram’, used in exactly the same way as ‘God damn’.

2000AD, the long-running British sci-fi weekly that gave the world Judge Dredd, is also in the made-up swearing game. Dredd – the subject of Anthrax’s I Am The Law, penned by mega-fan Scott Ian – is partial to exclaiming “Drokk!”, which seems entirely analogous to ‘fuck’. It can be employed in all kinds of ways, from "Drokk it!" to "You little drokker!" to "Get the drokk down!"

The inhabitants of Mega City One (Dredd’s colossal stomping ground) have a few other profanities too, with ‘stomm’ essentially doubling for ‘shit’, “Grud damnit!” and “Jovus!” replacing gentle blasphemy, and ‘spug’ occasionally subbing for ‘drokk’ as another ‘fuck’-double. Portishead’s Geoff Barrow released an album called Drokk: Music Inspired By Mega City One, which given the word’s in-universe rudeness, probably wouldn’t have been allowed if Geoff actually lived there.

When 2000AD writer Alan Grant (nothing to do with the Jurassic Park palaeontologist of the same name) began working for DC Comics, he gave the (extremely metal) character Lobo several cheerfully silly fake rude catchphrases, including “Feetal’s gizz!” and “Bastich!” (Side note: 2000AD artist and Lobo co-creator Simon Bisley’s first paid work was a Kerrang! shirt). Another 2000AD strip, Sinister Dexter, introduced the word ‘funt’, either a subtle nod to the creator of Candid Camera or a clever hybrid of the f- and c-words.

Fake swearing isn’t just limited to humans, either. Heartbreaking bunny rabbit epic Watership Down features several terms in the lapine language, created by author Richard Adams as rabbits’ ancient tongue. This includes “Hraka!”, which means ‘shit’. The Nome King from the Oz books exclaims “Hippikaloric!” at one point, which is apparently shockingly obscene.

‘Smeg’, from Red Dwarf, is of course the greatest fictional swear word in the world. Short, simple and disgusting, coming from biological origins we really don’t need to delve into here, it has almost certainly both sold a lot of expensive fridges to Red Dwarf fans and put a few off them.

The range of applications of ‘smeg’ – from “we have in our midst a complete smeg pot” to the repeated term “smeghead”, “better dead than smeg” to “Why don't you smegging well smeg off, you annoying little smeggy smegging smegger?” – suggest there is no straight analogue for it. It is sometimes used in reference to a substance, a la ‘shit’, but has the linguistic elasticity of ‘fuck’ albeit without the sexual connotations. One can smeg off, but one cannot smeg.

‘Smeg’ is derived from an existing word, but existing words can also be repurposed wholesale. The Hitchhiker’s Guide To The Galaxy introduced the idea that while on Earth, Belgium was the name of a country, but in the rest of the galaxy it is the most unspeakably rude word there is. ‘Ghent’ – the third-largest city in Belgium – is also employed, possibly for that hard ‘-nt’ ending being reminiscent of a much ruder term. Creator Douglas Adams later took the idea of using place names as slang terms to a hilarious extreme with his book The Meaning Of Liff (co-written with QI creator John Lloyd), “a dictionary of things there aren’t words for yet”, which turns place names into words for concepts like ‘the vague uncomfortable feeling you get when sitting on a seat that is still warm from somebody else's bottom’, or ‘Shoeburyness’.

While made-up swearing is inherently silly, it’s a really useful device. You can learn a lot about characters and their relationships by how they deploy salty language, but doing so with fictional terms lets the work remain accessible to everyone rather than falling foul of age restrictions. It also lends itself to in-jokes among fan communities, particularly valuable in pre-internet times.