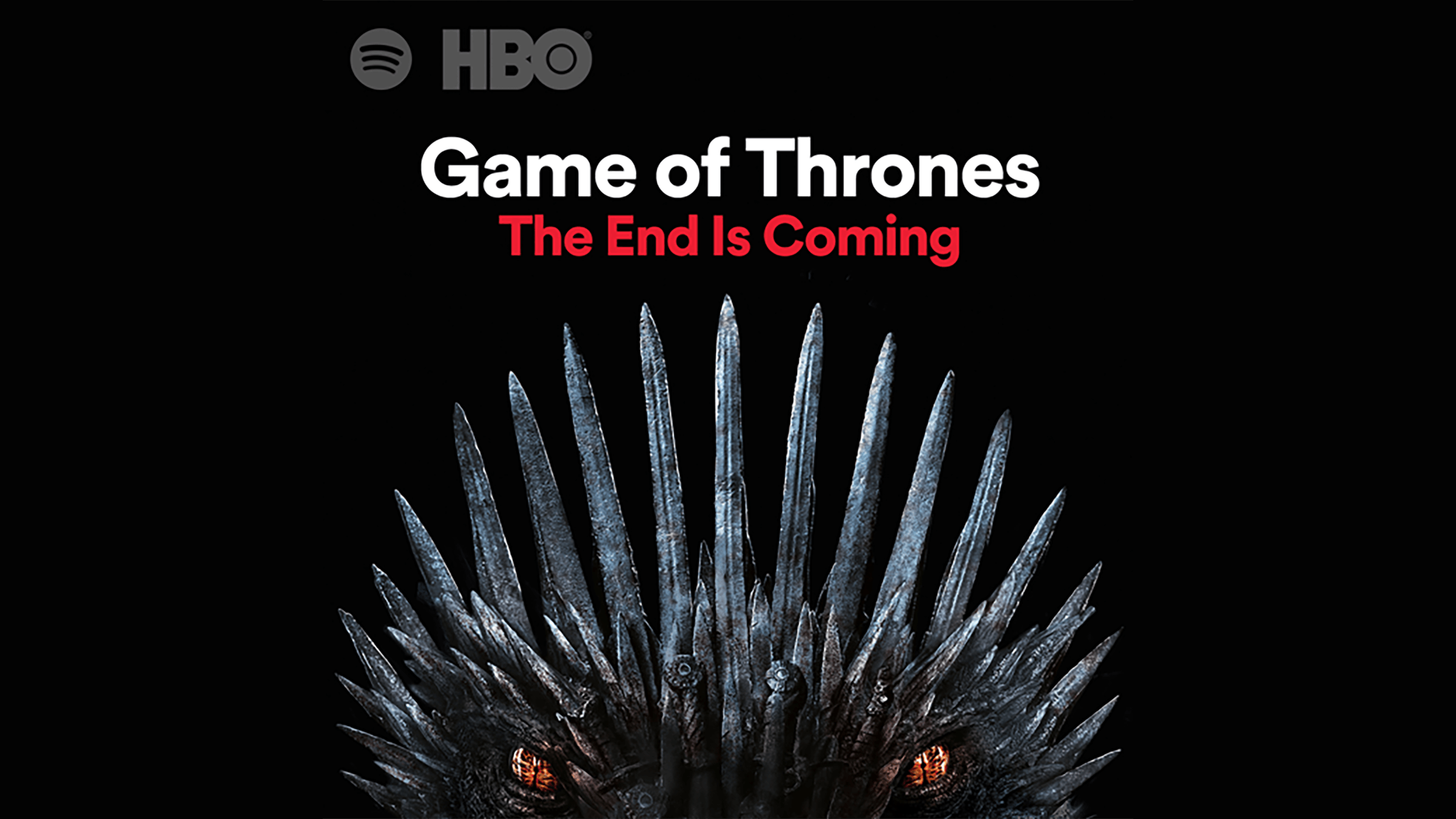 As far as contemporary TV shows go, Game Of Thrones is by far the most metal. For seven seasons, the HBO program has given viewers their fill of swords, dragons, kinky sex, vicious murder, frost zombies, burnt babies, bloody weddings, and cameos by Mastodon. But all good things must come to a fiery death, and this season of GoT is apparently going to be the last, bringing to an end a delightful marathon of stabbings and incest.

But it's not going out quietly! Spotify has created a new playlist, called Game Of Thrones: The End Is Coming, which gives fans a blast of rock music to accompany their rabid fandom for TV's bloodiest show. And it looks like they've gone pretty fucking heavy with it, too -- the playlist includes Danzig, Rage Against The Machine, Fear, Queens Of The Stone Age, Slayer, The Amazons, and a whole slew of other hard rock, punk, and metal bands.

Listen to your official dragon-riding soundtrack below:

Game Of Thrones isn't just a favorite of rock and metal fans -- musicians themselves are also big fans of the show. In our round-up of heavy tracks based on books, we noted that Austin doom metallers The Sword, who got in early with this (and a slew of other) bangers based on the books. Frontman J. D. Cronise is a self-confessed superfan and even if the groovy heaviosity of the music here – off the Gods Of The Earth LP– doesn’t quite evoke the desolation of life at The Wall, we have to give full marks for commitment to the blood and mud of the source material.

Mastodon also appeared in the show's episode seven finale, The Dragon And The Wolf, staggering around at the base of the Wall as part of the White Walker horde. Their undead appearance is actually the band’s second in the blockbuster fantasy show, as they showed up as part of the Free Folk, or wildlings, in season five’s Hardhome episode. Many believe they might even be portraying the same characters.

The eighth and final season of Game Of Thrones premieres this Sunday, April 14, on HBO.