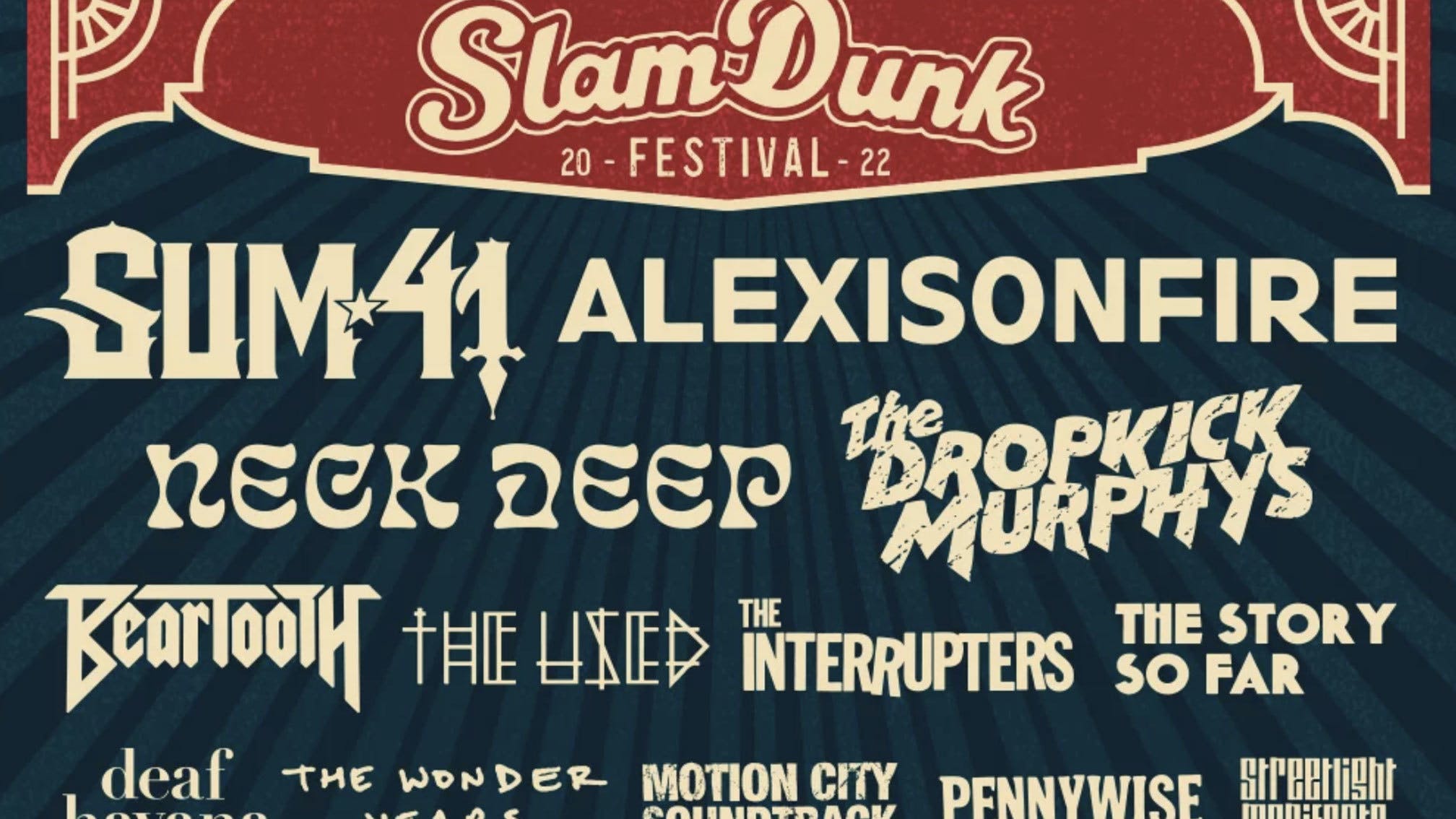 The Slam Dunk Festival line-up is still continuing to grow, with the festival adding the likes of Stand Atlantic, Smrtdeath and Cassyette.

Though Dream State have sadly pulled out following the departure of vocalist CJ Gilpin and guitarist Rhys Wilcox earlier this week, Slam Dunk have added even more artists to make 2022 its biggest year so far.

Fellow new additions also include DeathbyRomy, Streetlight Manifesto, Punk Rock Factory, MC Lars, In Her Own Words and Bears In Trees, with the latter stating that, "Slam Dunk has always been our dream to play. Pretty much every band that's meant anything to me has been on their stage at one point or another. To be able to share that stage this year is crazy. I'm also hoping our times don't clash with Motion City Soundtrack, because I've been waiting to see them live for about 10 years now…"

They all join the likes of Neck Deep, Alexisonfire, Sum 41, Dropkick Murphys, The Used, The Story So Far, Pennywise, The Interrupters, Meet Me @ The Altar, Silverstein, Deaf Havana and so, so many more!

Read this: F.E.A.R. And Loathing: Inside Stand Atlantic’s new album