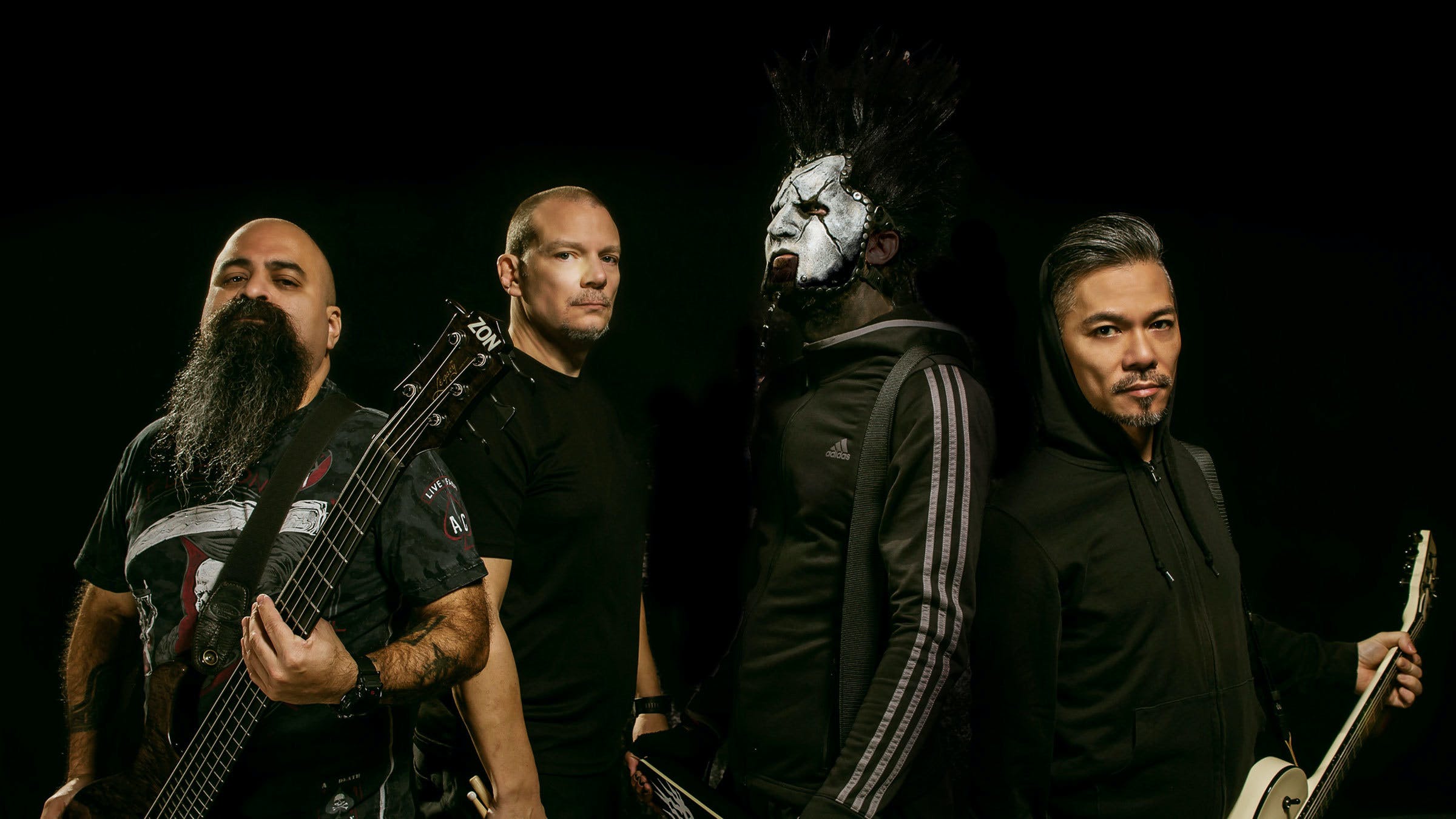 It's been a hot second since nu-metal heavyweights Static-X first announced that they'd be reuniting for a new tour and album as a tribute to deceased frontman Wayne Static. While the band returned to the stage in good form, complete with masked vocalist Xer0, they also released a statement saying they'd have to delay their new album due to even more recordings of Wayne's vocals having been unearthed. Now, the band has not only announced the release month of their upcoming new record, they've also teased the first single from it.

Static-X's new album, Project Regeneration, is scheduled to come out May 29, 2020. The record will feature 12 brand-new songs by the band, each featuring the last-known recordings of Wayne Static on vocals.

In a statement on Facebook, bassist Tony Campos said, "It was very surreal! Our producer was going through all of these old studio tapes, many of which were damaged. He called me up and told me that I needed to get down to the studio right away and listen to what he found. I jumped in my car and raced to the studio and what he shared, fucking blew me away...It was Wayne singing on track after track, but there was little to no music on any of it...Most of the tapes were damaged and Waynes voice was virtually all that remained in tact."

The band have also released the following teaser for their new track Hollow. The video features a section of the song, with Wayne Static's vocals coming from an animatronic skeleton wearing the vocalist's distinct haircut.

Check out this first look at Hollow below:

This presentation might seem morbid to some, but for Static-X it's in keeping with Wayne's dark personality. Speaking to Kerrang! earlier this year, drummer Ken Jay said, “I can assure you, having known Wayne as long as I did, he had a sometimes wonderfully morbid sense of humor, sometimes horrifically morbid. I honestly believe -- and what sold me on it, finally -- is that the more I see it, the more I believe that Wayne would think this is really funny.”

Catch Static-X live on tour at one of the following dates:

READ THIS: Static-X want to honor the fun, difficult, morbid man that was Wayne Static