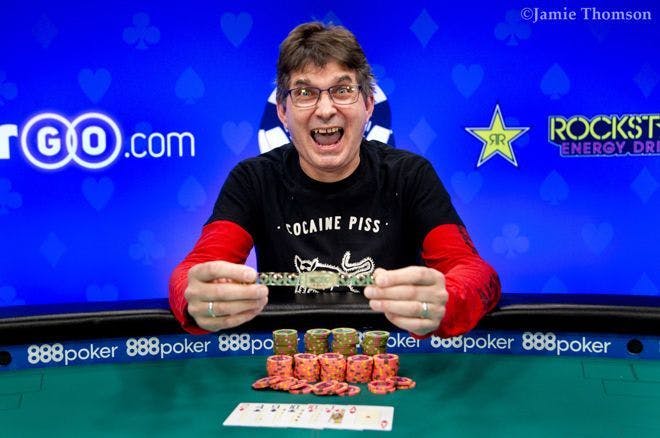 This seems weird, even though there's real no reason for it to be: successful people love gambling! But there's something eerily incongruous about seeing king of the underground, producer and Big Black/Shellac frontman Steve Albini grinning, clutching his winnings at a World Series Of Poker tournament.

He earned a World Series of Poker gold bracelet after competing in the Seven Card Stud event over 310 other players. He’s taking home $105,629.

“I am ecstatic that a player as mediocre as me can outlast all of these better players and end up with a bracelet,” he said. “There’s still hope for everybody!”

It's fun that he's wearing a Cocaine Piss t shirt in all the photos. They sound like this:

Here's Steve doing his thing back in the 80s:

...And here's a record from a little known band called Nirvana that he had a hand in recording: