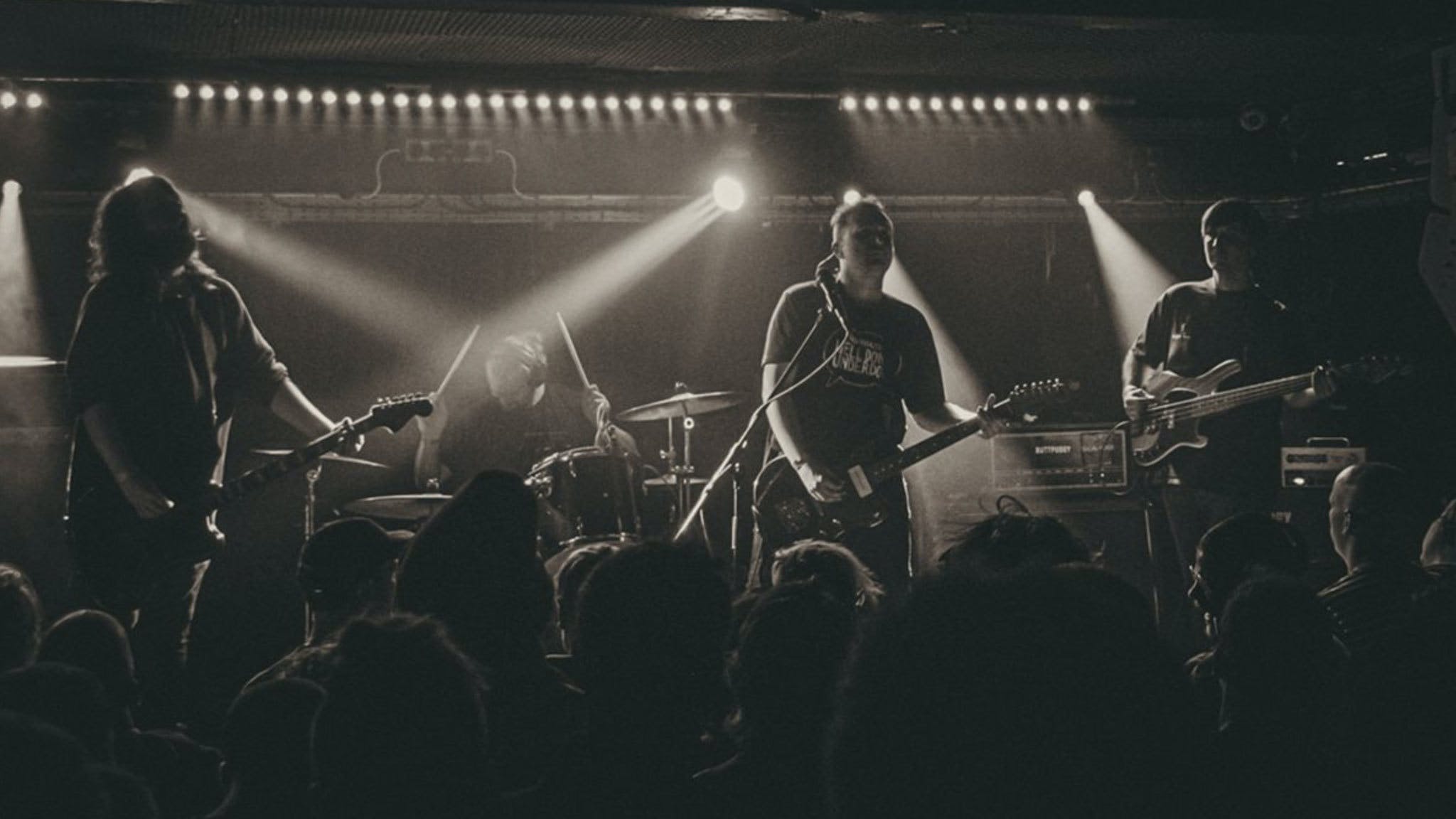 The band join forces with everyone from Heriot’s Debbie Gough to Pupil Slicer’s Kate Davies to IDLES’ Adam Devonshire to Oceansize / Biffy Clyro’s Mike Vennart for the four-track release, which is due out on October 28 via Small Pond.

“This song is more of a comedic idea, than it is actual music,” they say. “This song is all about rhythm, so the guitar and bass parts are either playing all open strings at once, or muting every string at once. On top of that all strings were tuned to entirely random notes, so it’s just complete dissonance. The title comes from playing a show just before a club-night is about to begin and how quickly you have to remove all your gear from the stage.”

Adds Deb: “Sugar Horse are a band I’ve always enjoyed going to watch after having first played with them in 2017! I’m very honoured to be on their track Disco Loudout from this EP and it’s fantastic to see lots of other friends on the tracklist too!”

Read this: 5 reasons why you need to check out Heriot