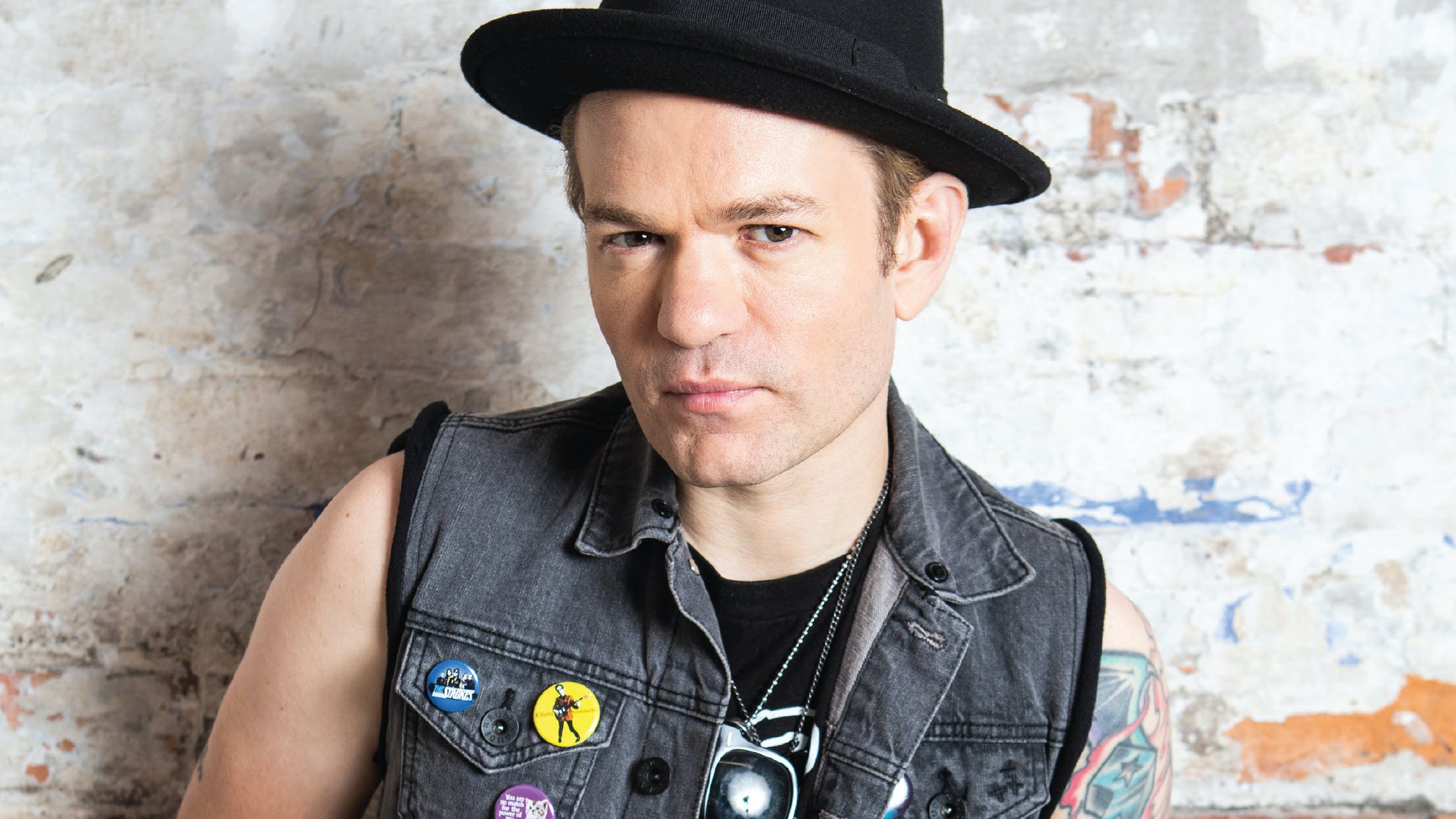 2019 was quite the year for Sum 41: releasing their seventh album Order In Decline, and celebrating the 15th anniversary of their Chuck album on tour across the United States. They also recently announced plans to headline Slam Dunk festival in the UK in May 2020.

But how has touring changed for frontman Deryck Whibley over the years? Since he was hospitalised in 2014 due to issues with alcohol, he's made some changes for the better.

"And not just me, but for the whole band," he tells Kerrang! today. "We all used to be pretty bad. There’s only two guys in the band that really drink now, where it used to be all of us doing everything possible.”

READ THIS: Deryck Whibley: The 10 songs that changed my life

Speaking about his health, Deryck adds: "I feel better and better each year, to be honest. I try to live as healthily as I can these days.”

While Sum 41's latest album Order In Decline isn't overtly a 'political album', it contains a lot of anxiety about the socio-political climate we have found ourselves in. But does Deryck think things have gotten better or worse over the past 12 months?

“Much the same. I don’t think it’s going to quickly change for better or worse just yet. There are still divisions everywhere we go.

"I’m an optimistic person, though, and I think everything goes in cycles. It will eventually change to a more positive cycle, I’m sure.”

Deryck also recently sat with us on our Inside Track Podcast, revealing the true story behind Sum 41's smash debut, All Killer No Filler. Listen below (and don't forget to subscribe for more episodes with other rad bands):

READ THIS: How I wrote In Too Deep, by Sum 41's Deryck Whibley

Sum 41 are playing next year’s Slam Dunk festival in Leeds and Hatfield on May 23 and 24 respectively. Get your tickets here.

Of course, if you can't make it out to the show, you can still watch their absolutely legendary performance in the Brooklyn edition of our K! Pit series: