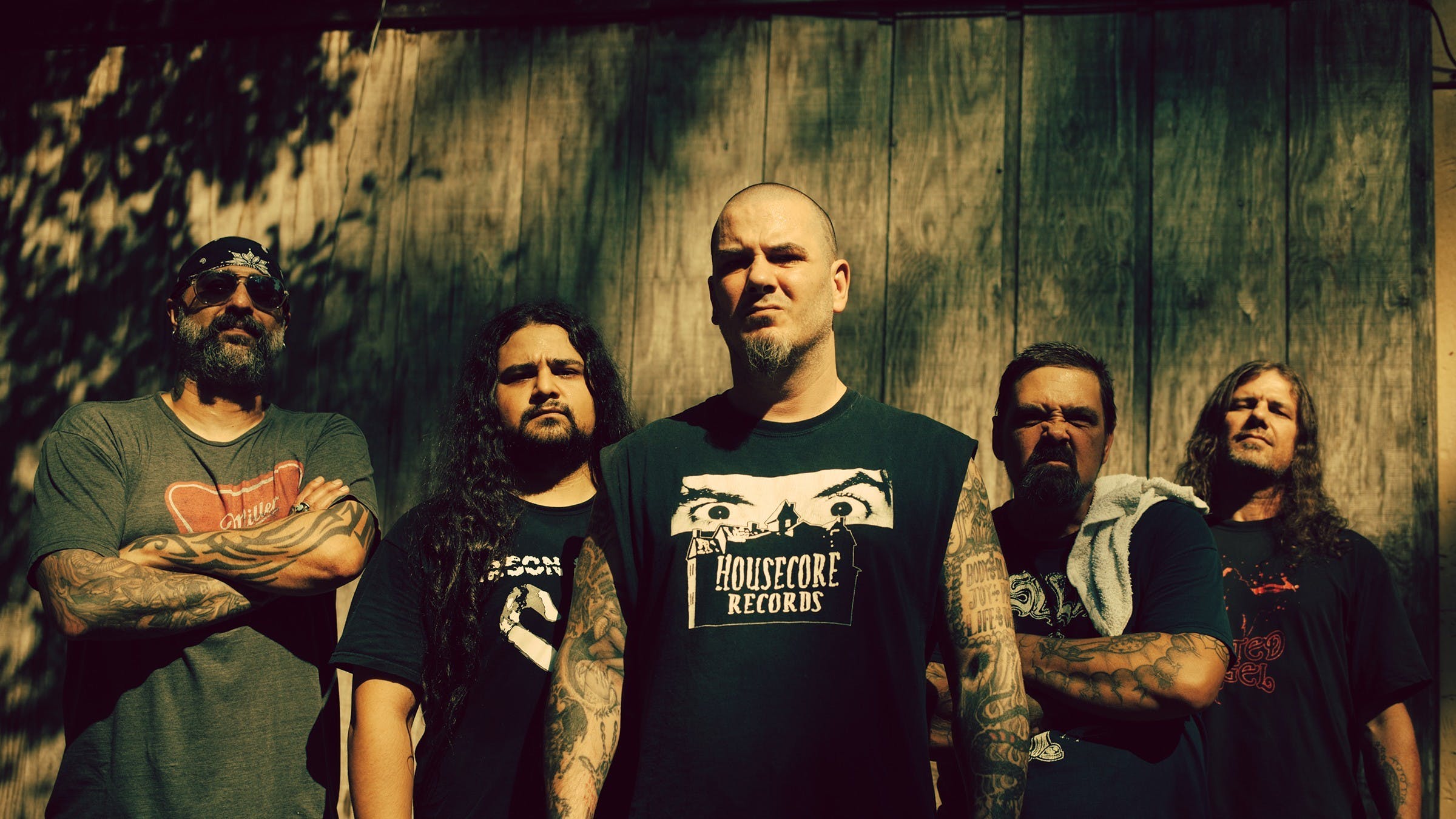 Blabbermouth reports that Philip H. Anselmo & The Illegals/Superjoint drummer José Manuel Gonzalez has spoken about the accusations of racism levelled at his bandmate, former Pantera frontman Phil Anselmo, in particular the instance when he was seen using a Nazi salute twice and yelling “white power” to the audience at the Dimebash event back in early 2016.

Anselmo had publicly stated that the incident was an inside joke about white wine, issued numerous apologies and finally said that he had behaved like that in response to members of the audience who had allegedly been shouting “racist” at him all evening.

Gonzalez appeared on Jon’s Untitled Podcast and talked at length about the situation.

Blabbermouth were good enough to do a transcription of the key elements of this so we didn't have to:

“Not a lot of people know this, but I was there that night. Me and Steven [Taylor] actually went up there as guests for NAMM.

For me, man, what made me the maddest out of that whole situation was that everybody that wanted to throw around this nasty word about one of my best friends, not one media outlet decided to look at pictures of him jamming with Superjoint Ritual. Kevin Bond is half black and Jimmy Bower, he’s American but he’s pretty coonass, so that’s, like, kinda — he’s pretty much there.

And as for me, I’m full-blooded Mexican, dude. And Marzi [Montazeri] at the time, when he was in the band, Marzi is Persian, or whatever he likes to call himself.

They fucking all got quotes from all these uppity fucking dickheads that call Philip a friend and they just wanted to fucking make it seem like Philip owed something to the rest of the fucking world. I mean, it was just ridiculous.

I was behind him since day one. I knew it was… When I saw it happen, I was, like, ‘Oh, man, that was weird. That might bite us in the ass.’ But he’s he’s one of my best friends, dude. I’ll go to bat for that motherfucker for anything, dude. And again, not one person, not one media outlet decided to call us, call his bandmates, and be, like, ‘How is he, really?

How does Philip really treat you guys?’ And it’s, like, well, I had a baby. He’s helped me… He’s put me on the road. He’s given me a job. He’s given me a life, a career. I mean, he’s helped me grow. And if you’re saying that he is what he is, there is no way a person that is that evil and thinks like that would ever help somebody from another ethnicity feed their children, feed their child, grow, build a family, have a home — all these amazing things.”

“I became a young man with Philip's guidance. I’ve traveled the world with him. And you’re gonna just base your idea and negate everything this man has done over one stupid incident that happened way too far in the night when people that are professionals absolutely know that no rock star needs a microphone in his hand at 2:30 in the morning at a party.

I mean, it’s just common sense. Everybody was excited for him to be there. And another thing is it no one really… the video that was posted that went viral, that’s why videos go viral — because they are snippets of the best piece of whatever tragic, traumatic, hilarious event that happened. There was a dude that was on his balls, goading him for a good 15, 20 minutes, because, like I said, it was the end of the night and he was drunk and he was rambling anyways, so there was a dude talking shit all the way up until that.

But no one sees that, no one brings that up. That was aimed at nobody but one particular dickhead that was being a dickhead. But nobody cares — nobody cares because he’s fucking famous.”