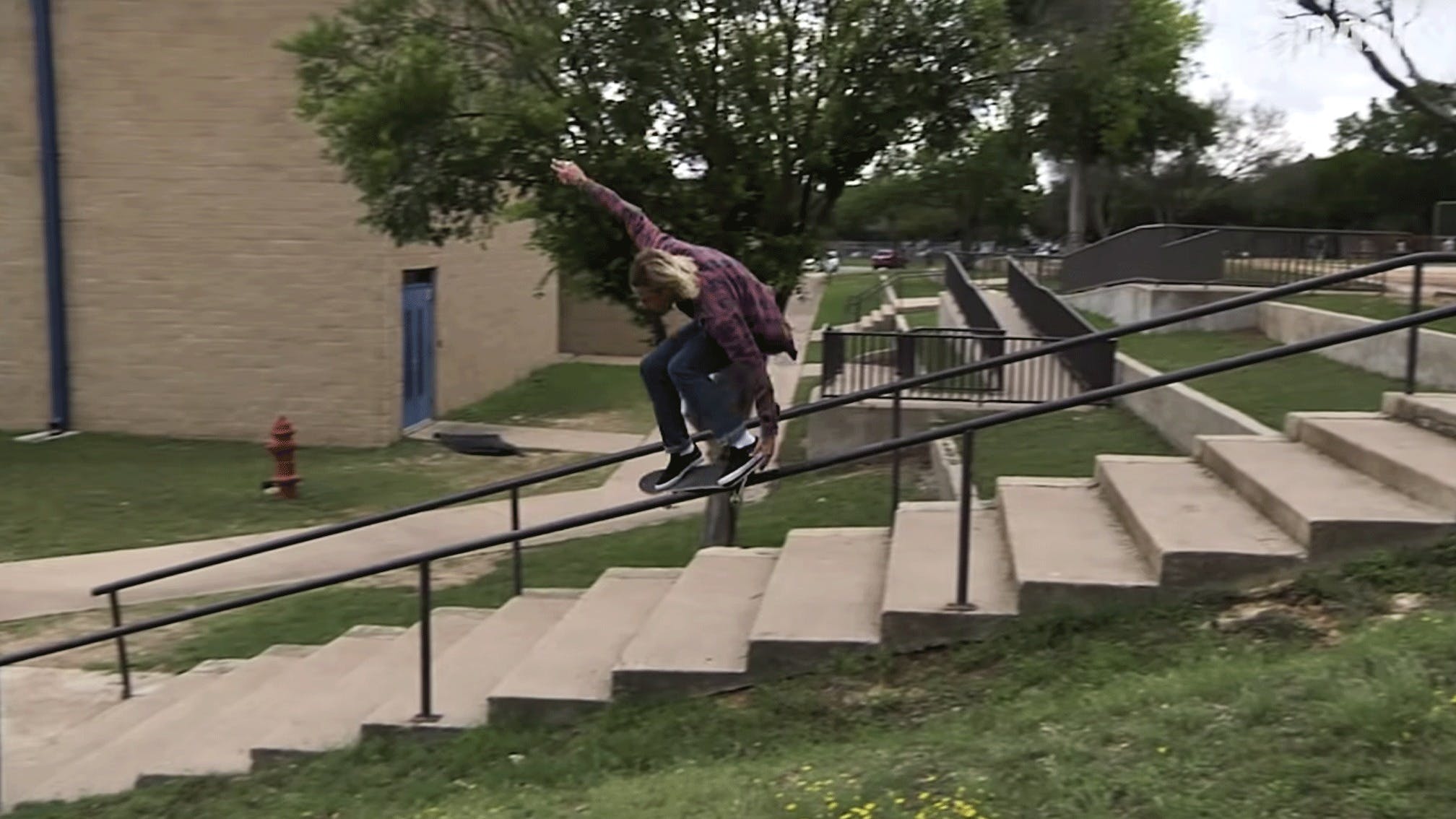 Turnstile are quite simply everywhere at the moment, from the music world and beyond – and, just recently, Riley Hawk (Warish frontman and, of course, son of Tony Hawk) used the band's ace 2021 single T.L.C. (TURNSTILE LOVE CONNECTION) to soundtrack a new video for Thrasher.

The GLOW ON tune plays out in a new two-minute video entitled Nepotism, which captures Riley skating around and doing his thing – he 'flies down rails and attacks some banks' as described by Thrasher.

In an interview for the iconic skateboarding mag, Riley also shares some of his top fives – with his favourite guitarists listed as Hendrix, Ron Asheton, Wayne Kramer, Jus Oborn and Isaiah Mitchell, while five gigs he wished he could have gone to are Black Sabbath in Paris in 1970, any Hendrix show, Joy Division, early Wu-Tang, and Metallica with Cliff Burton. Some excellent choices right there.