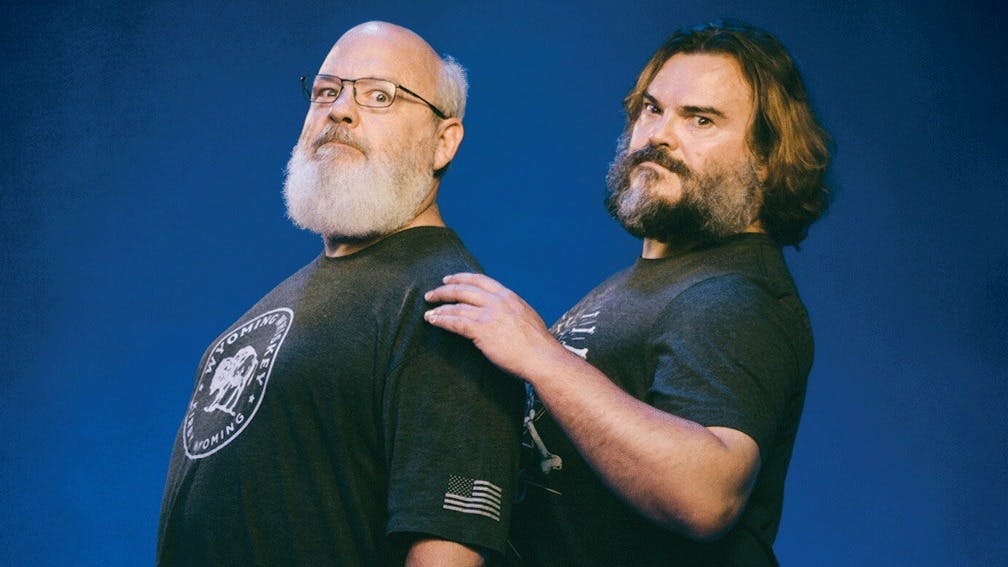 Tenacious D's Kyle Gass has spoken about the strain put on his relationship with co-conspirator Jack Black after the latter went to find "superstardom" in Hollywood and beyond.

In an interview featured in upcoming book Life In The Stocks Vol.1, the balder, more beardy half of Tenacious D discusses how the pair's friendship changed over the years, explaining that "it’s impossible to avoid" a relationship being "corrupted by the business side of things".

"Ironically, I only like to work with my friends," says Kyle. "But the whole Tenacious D thing, combined with Jack’s meteoric rise to superstardom, meant that we went through some pretty heady times together. And I fell apart a couple of times during the process.

"When we were developing The Pick Of Destiny, and Jack went and made School Of Rock, I was like, 'Dude! You’re doing a rock movie before our movie comes out. You’re kind of stealing our thunder, don’t you think? And it’s with kids? I mean, what is that?' And School Of Rock ends up being huge and I’m not in it. That was very difficult for me."

READ THIS: “Tribute was our Mona Lisa”: An oral history of Tenacious D’s self-titled debut album

There have always been large gaps between albums for Tenacious D, giving time for Jack to focus on his movie career. Between the self-titled debut and Pick Of Destiny he was in High Fidelity, School Of Rock and King Kong, then starred in The Holiday, Kung Fu Panda and Tropic Thunder between Pick Of Destiny and 2012's Rize Of The Fenix. This downtime for the band gave Kyle the opportunity to focus on other musical projects, including the Kyle Gass Band.

"With Jack constantly working on movies, there was a lot of time away from the band. I just became side-lined," he says. "But in a way it actually helped me because that’s when I started doing side-projects; I couldn’t just wait around for Jack because I like playing too much. So, I made some lemonade out of the lemons. And I really love my band now. We have a great time. It’s not Tenacious D size, but what is?"

KG didn't keep his feelings bottled up, though. And he says he let Jack know.

"Obviously didn’t want to kill the goose, I still wanted to work with him," he continues. "And it was difficult because I also understood that’s just what Jack does, and he’s very good at it. So I had to deal with that. And I still deal with it to this day. We could probably be on an endless tour making lots of money and having lots of fun, but that’s not the way it is, and I just have to accept that. But I still enjoy it when it happens. And I think it’s worked out for the best because we’re still really good friends. What doesn’t kill you makes you stronger, and right now our friendship is in the most comfortable and beautiful place it’s ever been."

Earlier this year, Kyle and Jack reunited for a cover of Time Warp from the Rocky Horror Picture Show, while encouraging people to vote in the U.S. election.

READ THIS: A deep dive into Tenacious D’s Tribute video