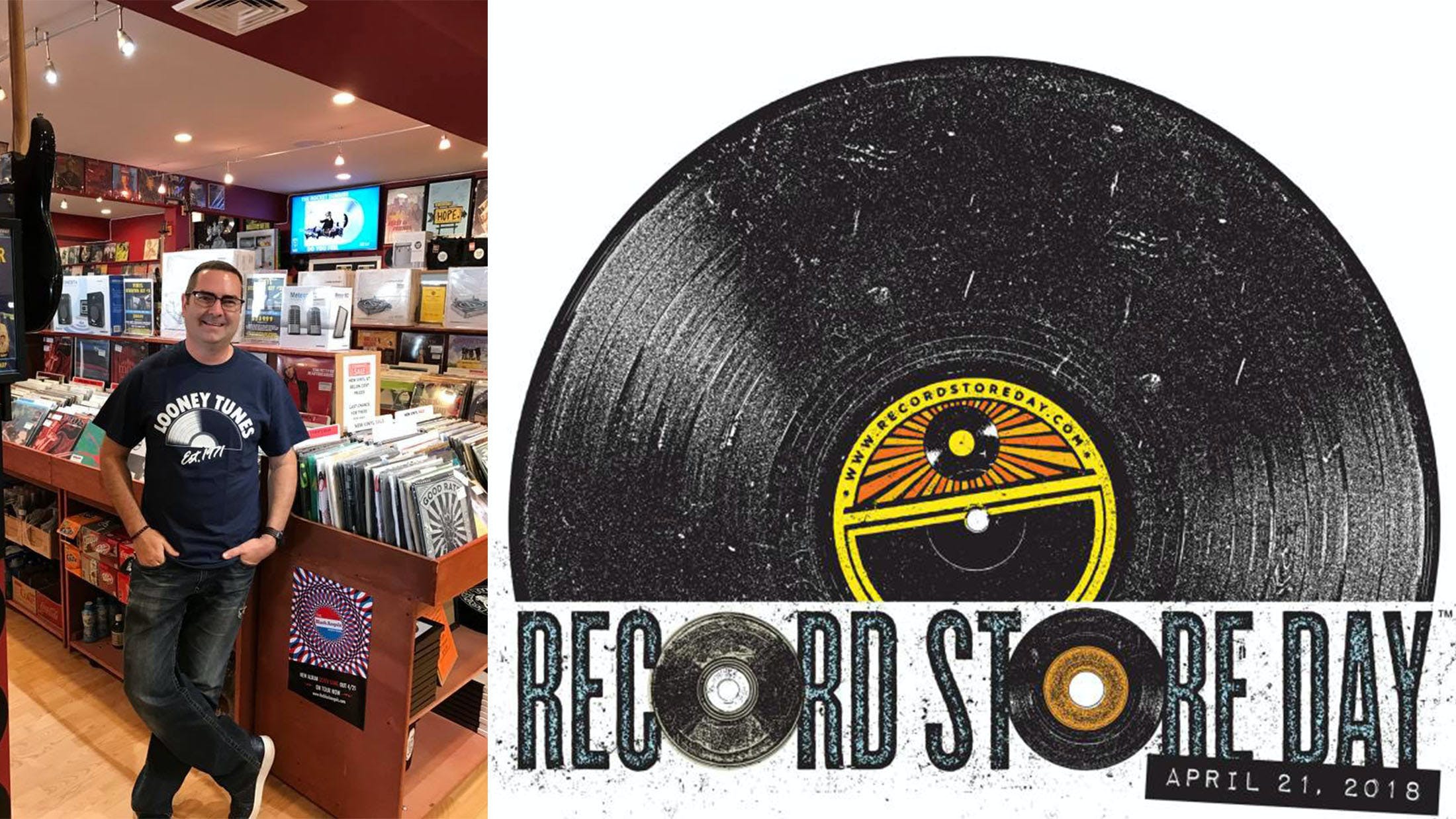 With Record Store Day nearly upon us, we’re getting pretty stoked about the deluge of special vinyl and CD releases hitting the shelves on April 21. But with over 400 new reissues and limited edition albums due out this year, we’d be lying if we didn’t also admit that we’re feeling a bit overwhelmed.

Thankfully, we’ve got Karl Groeger Jr. on our side.

Karl is the co-owner of legendary record store Looney Tunes in West Babylon, New York, a suburb of Long Island. Opened in 1971 by his father, Karl Sr., Looney Tunes has been a proud participant of Record Store Day since 2008, when it was founded by three coalitions of indie music stores – including the Coalition of Independent Music Stores (CIMS), of which Karl sits on the Board of Directors. The goal of Record Store Day has always been simple: to create unique, limited edition pressings of albums that are unavailable to big-box retailers like Kmart or Walmart.

“The first year we had maybe 20 or 30 different releases, and maybe 75 people came [to the store],” Karl recalls. “Now it’s absolutely insane.”

Insane, indeed. Not only are there now hundreds of releases each year, but Looney Tunes alone will see an average of 1,000 customers pass through its doors this Saturday.

While Record Store Day isn’t limited to any specific genres, and the selection at Looney Tunes isn’t either (with everything from classical, to blues, to hip-hop releases for sale), the shop has become known as an outpost for alternative and heavier genres. “We sell a lot more punk, hardcore, and metal than anything else,” he admits.

More than that, Looney Tunes has become a well-respected curator, hosting in-store performances and signings for some of the best acts in rock since 1991. “We only [host] bands that we can put our stamp on,” Karl says. Among the all-stars metal outfits to grace the cozy Looney stage are Megadeth, System Of A Down, Ozzy Osbourne, Slayer, and Anthrax. Not to mention the countless emo and punk bands like Circa Survive, Taking Back Sunday, Jimmy Eat World, Saves The Day, and Bayside who have called Looney Tunes a home away from home over the last few decades.

But corner Karl about his personal taste, and he admits that he’s a metalhead at heart. (“I just saw Judas Priest and Saxon last week, and I couldn’t be happier,” he tells us.) So we asked him to list the 10 heavy metal releases that he’s most stoked about this year. Below are his picks, along with a good reason or two – in his expert words!

“German for ‘The Door Is Closed’, this was released on CD in Germany only. First time vinyl edition with a 4th side etching by Swans member Michael Gira.”

“Completely remixed and re-mastered, never before released on vinyl!”

“A mix of unreleased studio recordings and live sets from the mid to late-'90s, Tad flew under the radar for most – but for those truly in the know, they are recognised as heavy music pioneers!”

Rage Against The Machine – Live At The Democratic National Convention (2000)

“Six songs from their live set outside of the 2000 Democratic National Convention at the Staples Center in Los Angeles, California. Available for the first time anywhere!”

“Okay – it’s not metal… but it’s still cool! This old children's record is being reissued on Looney Tunes’ own Brookvale Records on blue and pink split vinyl. The album tells a story of gender equality and human rights. A very important record, and very limited!”