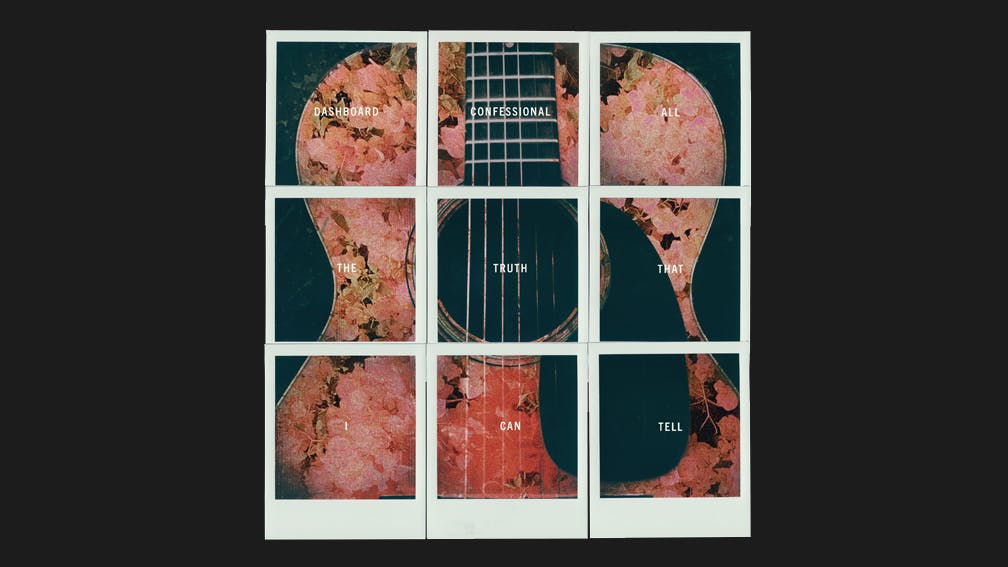 Chris Carrabba found himself at a crossroads at the tail-end of the 2010s. After two decades and eight albums of his aching, acoustic-oriented emo, the Dashboard Confessional singer-songwriter wasn’t sure whether he had anything left to say.

Driven by life’s inexorable onward flow, however, the songs kept falling out of him. Perhaps the most powerful thing about the Florida band's ninth album is its application of the adolescent optimism and romanticism of old to the kitchen-sink mundanities of middle-adulthood. There are no crashing power chords, OTT theatrics or questionable haircuts to worry about on All The Truth That I Can Tell. Just an open-hearted, increasingly middle-aged man, his acoustic guitar, and the same brand of chest-swelling songwriting many of us have known since we were young.

There is one brush with peril, though. On face, Here’s To Moving On cleverly combines the old and new, filling what’s ostensibly a song about getting over heartbreak with the motifs of continued progress and growth. But viewed in the context of Chris’ near-fatal motorcycle accident in June 2020 – well after the song had been written – it takes on an additional meaning, echoing the singer’s commitment to pulling himself from the wreckage on the side of that country road.

“I think in this song I find myself understanding what brought me to the mat,” he would explain, “and what it takes to get up off [it].”

It’s to their immense credit that the 10 other tracks here never feel lacking by comparison. Burning Heart is a textbook exercise in shrug-shouldered melody and softly witty wordplay. Life Got The Better Of Me deploys a defiant liveliness amongst its nostalgia and regret. Everyone Else Is Just Noise and Southbound And Sinking are valiant attempts at Springsteen-esque blue-collar rock carried off with The Boss’ commitment, if not his heavyweight authority.

Even better, Sleep In is a gorgeous alt.indie ode to hanging out while in the early stages of love in the mould of Bright Eyes classic Lua, while Me And Mine basks in the warm glow of family and fatherhood with a sense of aching wonder that outstrips even the most breathless infatuation of Dashboard’s earliest work.

If there’s a complaint, it’s that the straightforwardness of some of the songwriting can descend into twangy tweeness. Lyrics like, ‘Here’s to fighting less / Here’s to living more / Here’s to feeling alive again / Here’s to picking yourself off the floor,’ could as easily have been lifted from some studio-engineered pop-country nugget as the bleeding heart of a bona-fide emo genius. When Chris croons, ‘I was young / And you were young / And we had young ideas / And they were brilliant’ on the imaginatively-titled Young, too, it feels like he’s leaning dangerously from nostalgia into laziness.

Then again, cynicism has never sat well with Dashboard Confessional and, at this stage in their career, fans will inevitably turn to these songs in search of comfort blanket more than cutting edge. By the time the time the openly autobiographical five-and-a-half-minute title-track drops curtain with its tentative melody and coy closing couplet (‘I have some stories I would like to tell / But I have sworn myself to secrecy’) you've gotten exactly that.

Best of all, ATTTICT burns with the bright promise for the future as much as the sepia tones of the past. For all the miles beneath its Dashboard light, this old emo machine still has years left to run.

Dashboard Confessional: The 10 songs that changed my life

Dashboard Confessional’s mainman Chris Carrabba shares his love for Beach Boys, The Cure and beyond.