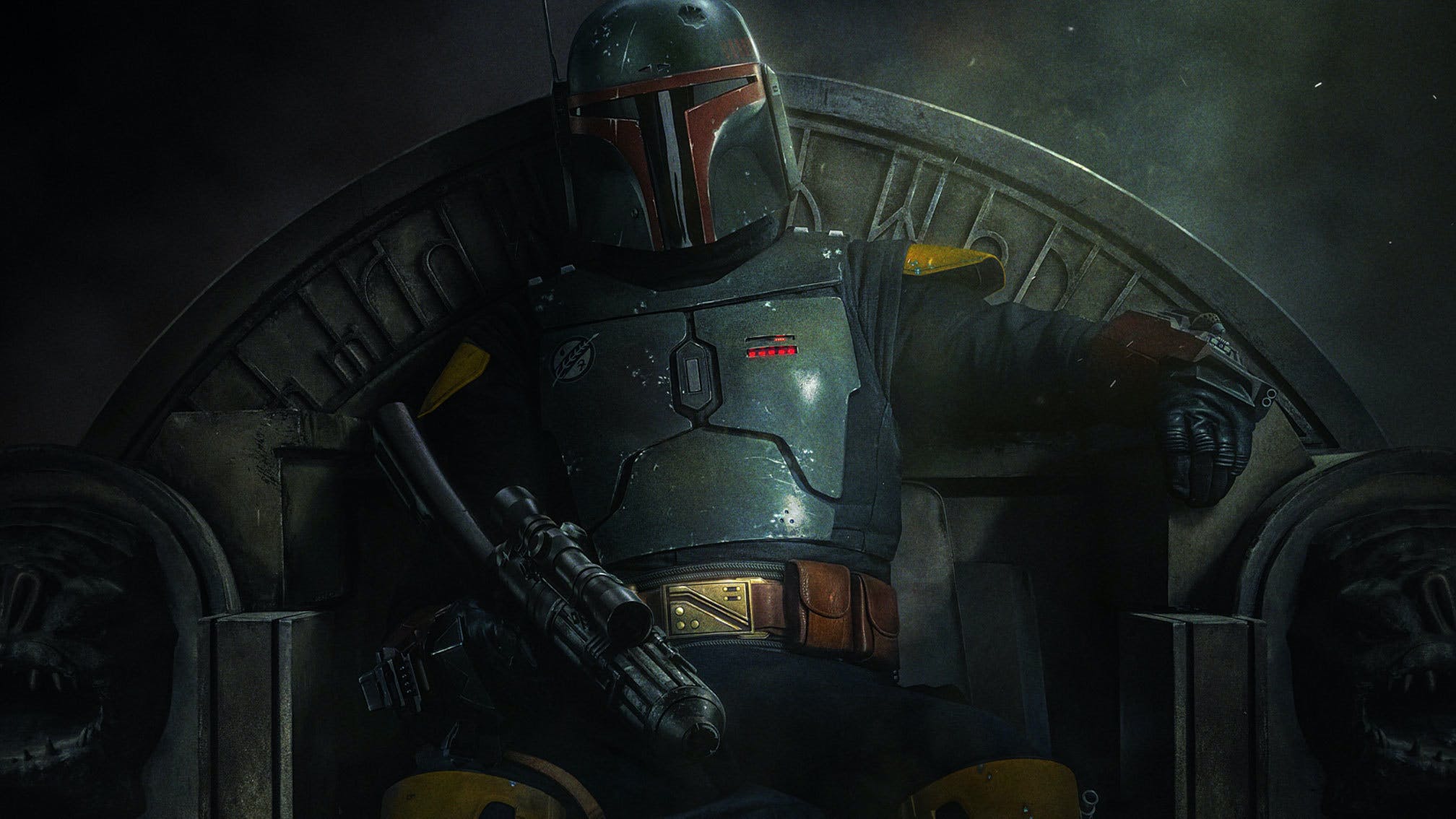 Disney+ have confirmed the premiere date for their latest Star Wars adventure spin-off, The Book Of Boba Fett.

The series, which was initially teased at the end of season two of The Mandalorian, will be launching on December 29 on Disney+, with a cool-as-hell first-look poster also unveiled to go along with the confirmed official release date.

A synopsis of the series – which stars Temuera Morrison and Ming-Na Wen – details that The Book Of Boba Fett "finds legendary bounty hunter Boba Fett and mercenary Fennec Shand navigating the Galaxy’s underworld when they return to the sands of Tatooine to stake their claim on the territory once ruled by Jabba the Hutt and his crime syndicate."

Check out the new artwork below: