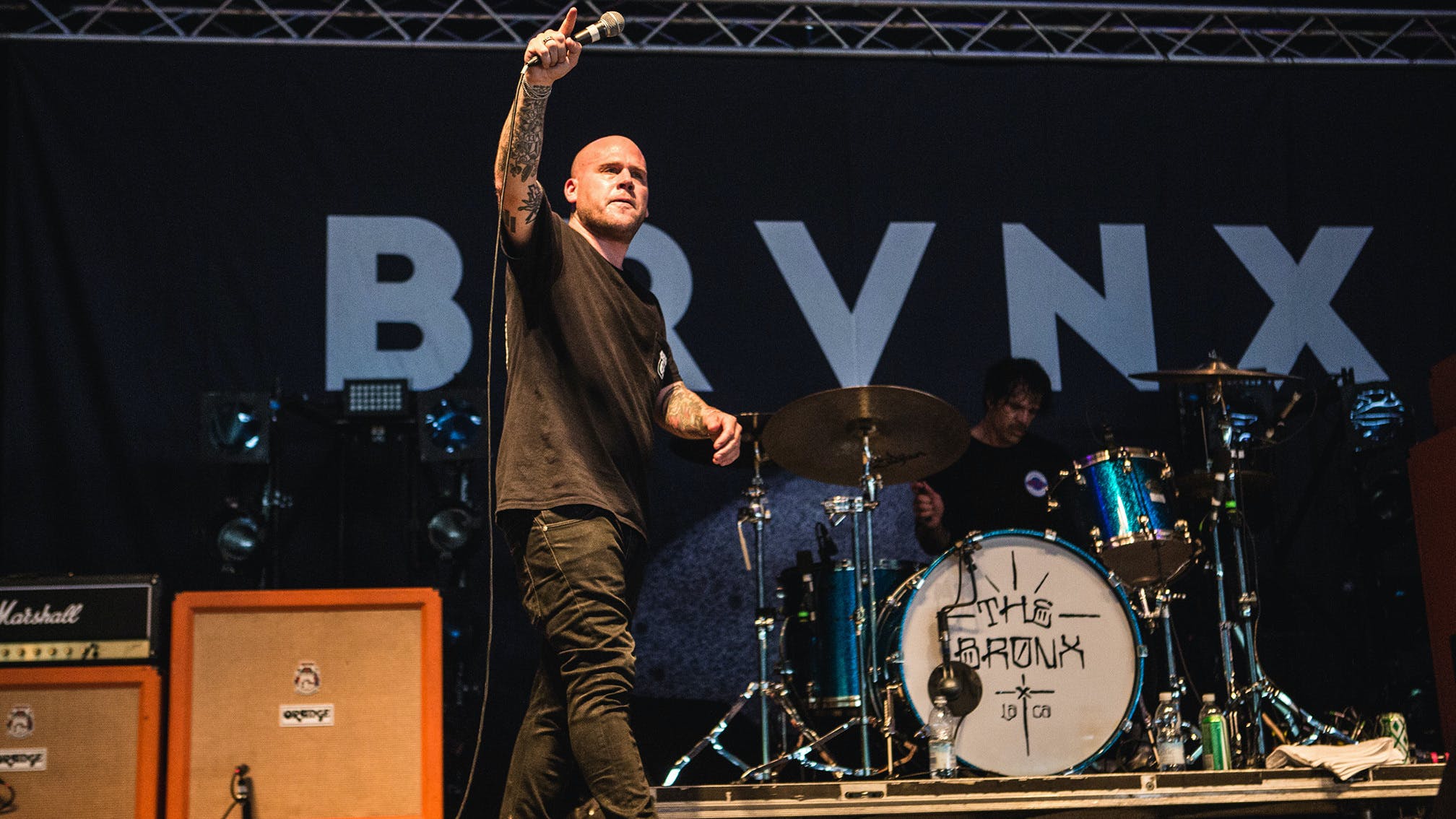 Following the release of White Shadow in March, The Bronx have shared their next single from upcoming album Bronx VI: the typically energetic and infectious Superbloom.

Frontman Matt Caughthran calls the track "a search for deeper meaning". "Musically," he begins, "the song originated from our bass player Brad Magers, his first official offering on a Bronx record. The chorus was co-written by guitarist Joby Ford, so there is a sonic push/pull that takes place for the first time in Bronx history.

"Lyrically, the song is about a day I spent lost in the California wildflowers with an old friend. Reflecting on the past in a somewhat desperate attempt to make sense of the present. A very inspired song beginning to end, one of my favourites on the record."

Of the California punk rockers' new record as a whole, Matt continues: "We’ve known each other for a long time and we’re such good friends and we’re so tight creatively, but we’re still learning stuff about each other – especially when it comes to the process of creating an album. Brad and Ken are just coming out as songwriters and we’re learning to write songs as a group around ideas they bring to the table. This is a really important record for us growth-wise because it kicked down a lot of doors that needed to be kicked down. I feel like now going forward the sky is the limit."

Bronx VI is due out on August 27 via Cooking Vinyl. Listen to Superbloom below:

And catch The Bronx live in the UK next year with Every Time I Die, Jesus Piece and Sanction at the following:

Read this: The Bronx’s Matt Caughthran: The 10 songs that changed my life