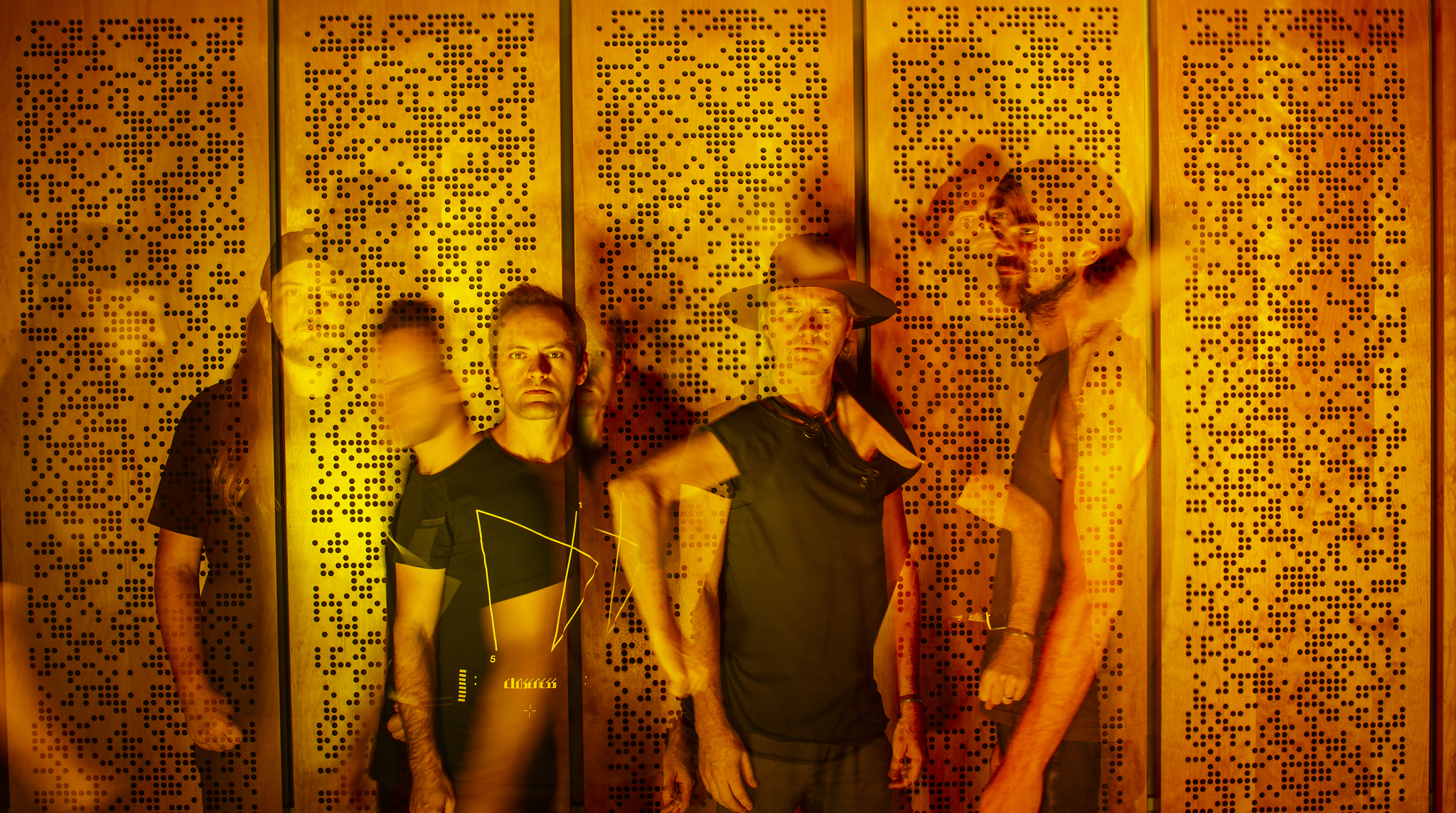 In the early 2000s, dance-punk was the shit. Just like scene kids with asymmetrical haircuts had their emo heyday, or dirty-Vans wearing Mac DeMarco lookalikes took over the 2010s with surfy garage rock for a bit, dance-punk too had its place at the top. But dance-punk had a quality to it that the others lacked: an animated and pulsating energy that made people want to dance. Every city had countless club nights devoted to music that had both dance beats and guitars, and introverted, tattooed metalheads and record-store-clerk types got just as sweaty on the dance floor as those who frequented DJ sets. Though there were quite a few bands that made people want to furiously stomp to the beat, Omaha, Nebraska’s The Faint found themselves at the top of that list.

But sadly, it often feels like people just don’t move anymore. From what Todd Fink, frontman of The Faint, sees from the heights different venue stages, is a generation of closed-off enjoyers of entertainment -- staking out spots at shows and giving slightly audible “woos” as confirmation of our delight while clinking our tallboys against our bucket glasses. The Faint have always been able to get a toe-tapping, having been one of the more seminal acts of that genre and for many, those decades in time. Going back to what they’ve established years ago isn’t necessarily their top priority, though they welcome the warmth of that nostalgia in many ways. To them, there’s a lot going on currently that’s deserving of attention, and even if they didn’t intend to address the themes they did with their latest album Egowerk, those topics do sound nice played out through a dance-punk lens.

“I don’t make conceptual decisions like that, and I try not to even take into account what I want to do,” says Todd Fink, the lead singer of The Faint. “I let the world come through my brain. I try to make music and not get in the way of it too much, so Egowerk is a representation of the world, filtered through whatever my brain is. It’s not that I’m after anybody or anything like that.”

That’s the Internet’s job as far as Fink and the rest of the band are concerned. Or, more specifically, it’s social media’s job. Egowerk is centered around how much social networks and the internet have influenced the population negatively, as far as their modes of thinking regarding social issues and individual senses of self. Through a veil of new wave-inspired, techno-tinged post-punk, The Faint challenge listeners to seek self-awareness in social media’s effects.

“The things that I’m talking about are frustrating things, sometimes,” Todd muses. “It’s about this new awareness that we are all kind of recognizing now -- everyone is presenting themselves as the ‘best person’ or being ‘better than’ a group of people, but there is a flip side to the story everyone is telling themselves. The more awareness we have of that type of thing, the better we’ll be in dealing with other people and seeing them as fellow humans with their own set of experiences.”

The song Chameleon Nights speaks to this somewhat newfound cognizance perfectly, zeroing on keyboard warriors who attack others for their differences. With lyrics like “Behind the screen you're on brave attack / You sacrifice to be righteous / Unfriend, unplug there's a world outside” and “Everybody's talking but we don't know shit / You fight, I fight, it's an ego trip,” Todd ends up blatantly pointing out part of what makes Internet trolls tick. He also does it with his favorite Egowerk track of the moment, Child Asleep. Not only is it the one he feels has developed the most during their live sets, but it also sees him discussing his desire to actually wake up from the catastrophe of the current world.

Stepping outside of the present social issues and looking back solely at the music, The Faint’s ability to break people out of their shell was pretty essential for the time. It’s something Todd recognizes, OG fans can attest to: Maybe everyone would benefit from having dance-punk be a thing again. Its infectious synth sounds, driving rhythms, and a danceable, in-your-face nature may just be the thing to pull us all out of our collective shells.

“At that time [when we first came out], the need in the world was for people who liked indie rock, alternative or post-punk to be less…not everybody who liked that type of music wanted to be introverts forever,” says Fink. “They wanted to get out, have fun and not feel like they were being a different type of person by dancing. It sort of gave permission to that group of people to know it’s okay to go have fun, be sweaty, sexy, and do things that before they weren’t really thinking of doing.”

“That” group of people surely relish in The Faint’s return, but another group will get a taste of what Faint fans have been on for years -- metalheads. Fink isn’t sure how it happened, but the band has been booked as one of the headliners for this year’s Psycho Las Vegas, a predominantly metal-centric festival that’s upped the variety in its lineup this year by also including the likes of acts like Tobacco, Beach House and Godspeed! You Black Emperor. Guitarist Mike “Dapose” Dappen, formerly of the Omaha death metal band Lead, has been in The Faint for 18 years but otherwise it’ll be a different experience for the band as a whole.

“We’re related to metal, but I don’t think anyone would mistake us for it,” says Fink. “We’ll see if they make any sense of it, but all we can do is do what we do.” Fink feels the current setlist, which includes a handful of new tracks blended in with old hits like I Disappear, Agenda Suicide, and Desperate Guys will fair just fine, and he guarantees this Faint staple will always make the cut.

“I always insist we play Worked Up So Sexual,” says Fink. “I felt really lucky when that song came through me, and it only got better when the band did it. Really, that’s the bang-bang that you want.”

Whether it’s old tracks, new songs or topics no one wants to think about, Fink and The Faint will always be conscious of it. Depending on what happens in the next few years we may even get another socially forward record from them. It won’t necessarily intentional, but at least it’ll be something we can dance to.

“I’ve been accused of being zeitgeist-y in the past and it doesn’t really matter if that’s an insult or a compliment,” says Fink. “I just have some sort of awareness of now, what’s coming and the patterns and trends in the societal think-tank.”