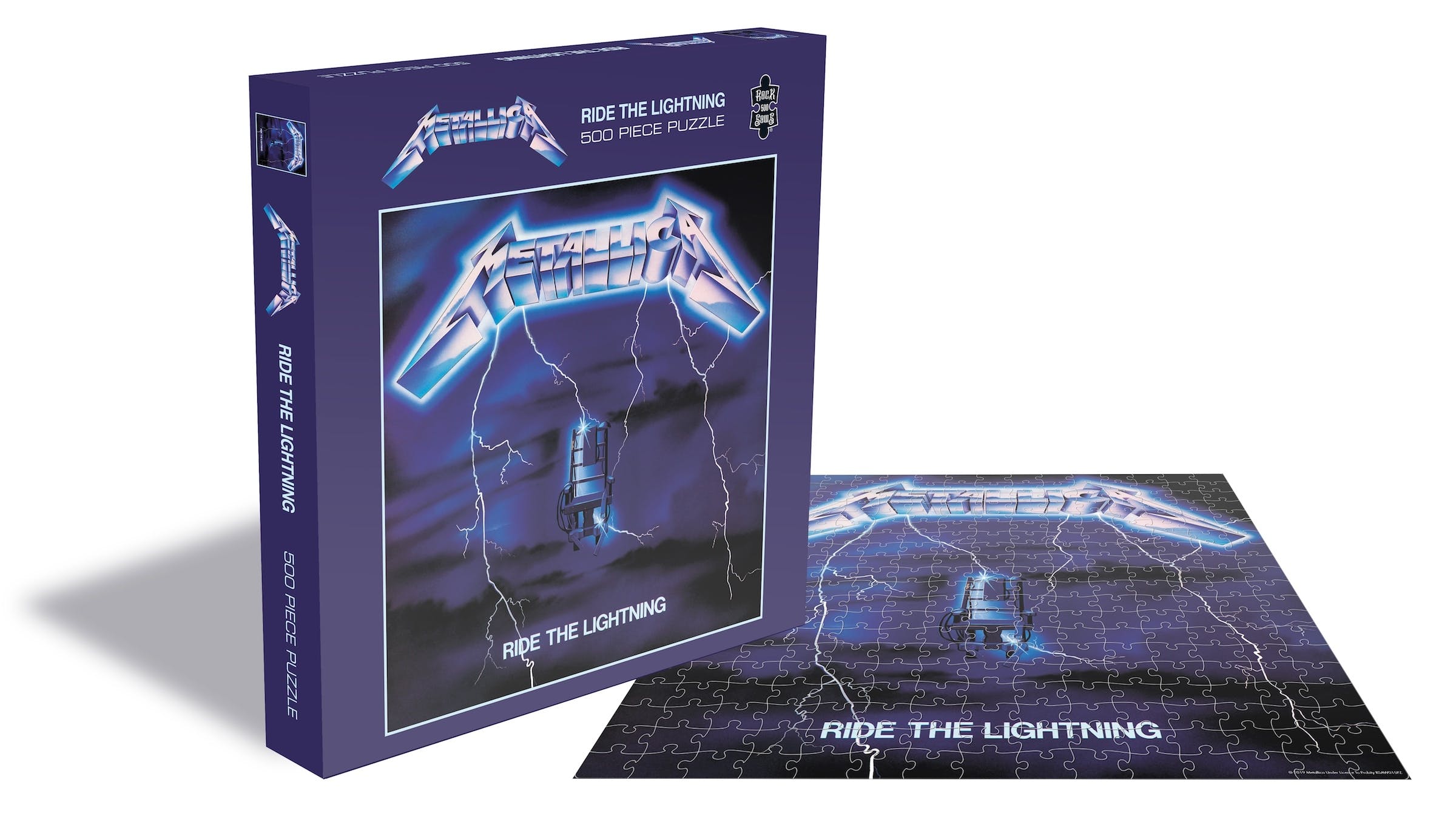 When it was revealed that covers of famous Slayer, Motörhead, Iron Maiden, and Judas Priest albums would become jigsaw puzzles, thousands of metal-loving shut-ins and kids on court-ordered visits with their dads rejoiced. Now, the same company has done one better: they've announced puzzles of the covers of the first four Metallica albums.

Rock Saws, the rock puzzle branch of UK toy manufacturers Zee Productions, will now make puzzles of Metallica's Kill 'Em All, Ride The Lightning, Master Of Puppets, and ...And Justice For All. Each puzzle will be 500 pieces, measure 390mm x 390mm, and will come out this September.

Check out pictures of the puzzles below:

The puzzles are already available for preorder. Whether or not the bass will be audible on the Justice puzzle remains to be seen.

This is of course not the most insane merch available from a band. Pantera have everything from strollers to era-specific figurines for sale. Neck Deep have released Valentine's Day merch. Metallica themselves have launched sneakers, among other pieces of limited-edition swag. Hell, Slayer made a video about all the cool stuff with their name on it they've seen over the years.

Meanwhile, Metallica will be touring Europe and Australia later this year (the latter continent with Slipknot), so catch them live at one of the following dates: