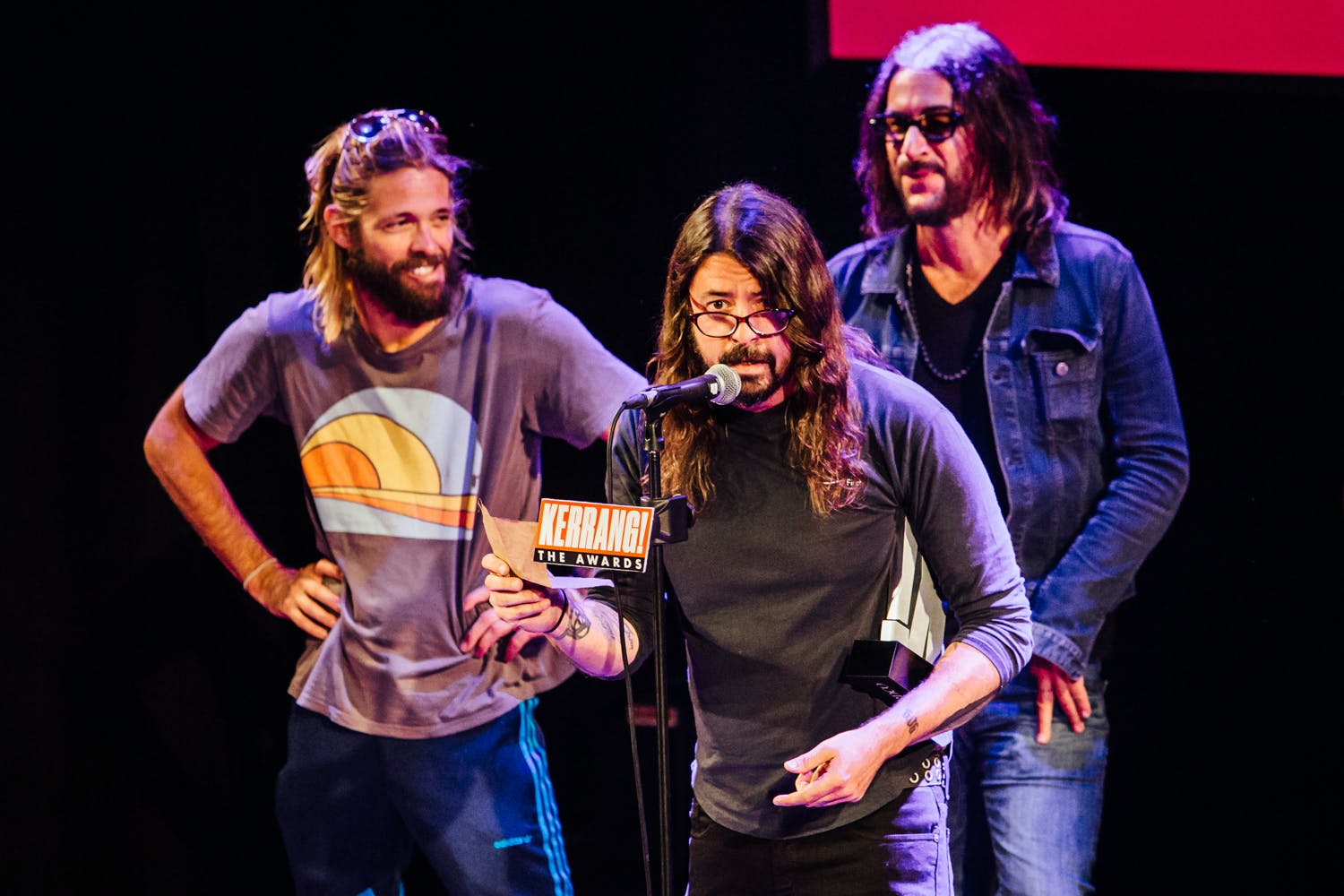 “I know how important it is to win this award. We won it 10 years ago, and it changed my life – it genuinely did!” said Frank Carter presenting the Kerrang! Award for Best British Breakthrough. Frank won the award in question with his former band Gallows back in 2007, and since then he has forged one of the most singular careers in British rock music. His maverick attitude has inspired a number of fellow musicians, including this year’s winners, Dream State.

As they approached the stage, the Swansea quintet found themselves overcome with emotion, bass player Danny Rayer bursting into tears. Heartfelt thanks were expressed by singer CJ Gilpin, as the band and their hero Frank repaired to the backstage photo room to have their picture taken.

There, the tears continued to flow on what was an incredibly emotional night all-round and where the winners included this year’s Kerrang! Icon Tony Iommi, Enter Shikari, Biffy Clyro, Joe Perry (winner of the Kerrang! Inspiration award presented by Johnny Depp), Corey Taylor and the Foo Fighters. The latter won a brace of awards, and dedicated their second – that for Best International Band – to Chester Bennington, the late Linkin Park frontman who took his own life in July 2017.

“I know what it’s like to lose somebody like that,” said Dave Grohl in a moment of seriousness. “At least we have his music forever, so this one’s for Chester.”

It was a beautiful gesture that solicited a warm round of applause from the 320 awards attendees gathered on Thursday afternoon in the art deco confines of the Islighton Town Hall. It also offered proof that rock never forgets its own.

The full list of winners for the Kerrang! Awards 2018 reads as follows:

The winners: Neck Deep – In Bloom

The winners: Enter Shikari – The Spark