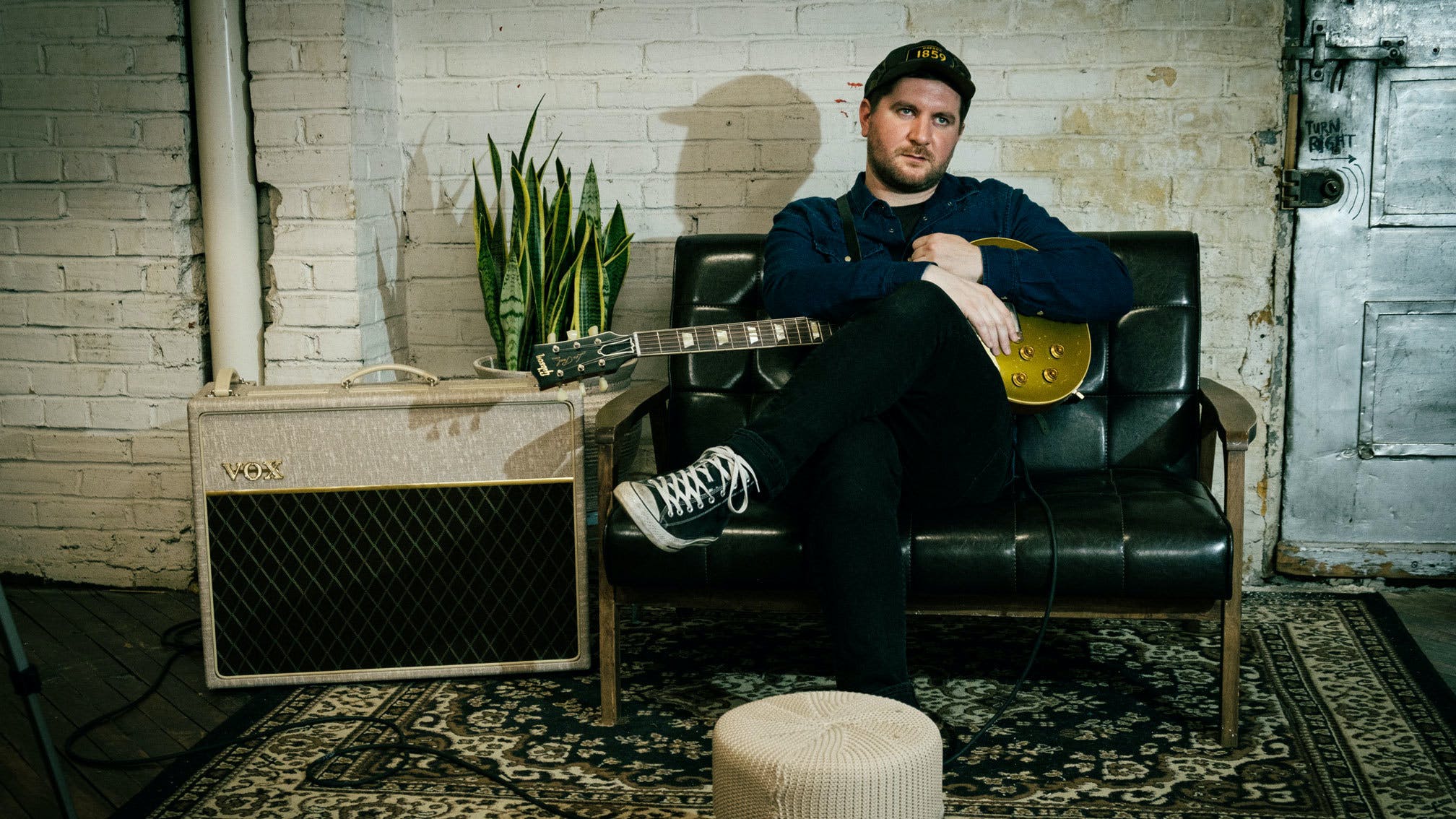 The Menzingers have long occupied a satisfying spot in the punk landscape. Fusing scream-along anthemics with rich storytelling, their best songs have been stitched into lives like patches on the jean jackets of fans who’ve aged from their 20s into their 30s alongside the band.

Following the 2007 release of A Lesson In The Abuse Of Information Technology, The Menzingers regrouped for an EP that drilled down into the scratchy indie-punk peaks of their debut album.

"When we wrote our first album, I was just joining the band. The three of them [guitarist/vocalist Tom May, bassist Eric Keen and drummer Joe Godino] had been in a band for years before that. I was the outsider. I didn't really step into my own as a songwriter. I was still trying to find my foothold. Sunday Morning was my first real approach to bringing my idea to the band and all of us developing it as our own. It became a big song for us, and I think it helped define how we would go on to write a lot of other songs."

On their second LP the band hit gold more often than not, including this detailed, nostalgic Greg ripper, which became a live favourite.

"Time Tables was one of those moments where I started to figure out how I wanted to craft storytelling-style lyrics. It's cool, too, because when I'm looking back at these songs, they're the ones that fans yell out at shows, you know? Time Tables was a pretty big moment. If that song wasn't written, I don't know what On the Impossible Past would be. It was definitely the stepping stone to get to the next level."

Celebrating its 10th birthday in 2022, On the Impossible Past broke The Menzingers into the open and remains one of the enduring punk records of recent times.

"When I dive into what On the Impossible Past is, I really think of the storytelling of Gates. I think there's so much of that song that shapes the entire album. I still think to this day it's one of the best we've ever written. It definitely has some of my favourite lyrics. I was really able to crack the code of how I wanted to explain my life at the time. That song went on to build into Casey, Obituaries, the themes and ideas carried on in other songs."

4The Menzingers – Good Things (On The Impossible Past, 2012)

"Let's start the album off with the mission statement: 'I've been having a horrible time pulling myself together.' We've played thousands of shows in the past 10 years and we've played Good Things at every single show. It's just one of those songs that people identify with. I have such a vivid memory of coming up with that line and running downstairs – we all lived in the same house together – and everybody getting really excited. They were saying, 'We just need a bridge now,' and I went 'Hold on,' and ran back upstairs and wrote the bridge. We had the song done in one afternoon."

Perhaps an outside bet from an album containing some of the band’s most enduring songs, Rodent exemplified the grit of this era of The Menzingers.

"So, I think the guess [from this record] would have been I Don't Wanna Be An Asshole Anymore, which is probably our biggest song. What's surprising about that is that when we wrote it we didn't think of it as a hit. That was definitely labels, producers and management. They really pushed for it as a single. So when I think of defining songs as a songwriter, that doesn't come to me first; Rodent does. It really helped define this next era of the band. [It's got] the heavier guitars, and I remember writing the lyrics at a really transitional phase of my life. They really spoke of everything I was going through: being in a relationship that wasn't working out, having a lot of family issues, struggling with finances and places to live."

On After The Party the band dug into classic rock influences and interconnected storytelling without an ounce of irony. Lookers, with its Jersey girls and heartbreakers, is a pivotal song.

"Lookers is that next transition. Bruce Springsteen said this when he wrote Hungry Heart, where it was the poppiest he'll ever go. The Lookers chorus is such a pop hook, right? I remember bringing it to practice one day, and everybody stopped playing and started laughing. It was such a good feeling. We wanted to write heavy, angsty stuff on Rented World, and then After The Party was definitely more driven by what I was listening to at the time: classic rock, Tom Petty, Bruce Springsteen, the more heartland kind of Americana stuff. Those influences really shine."

An anthem for punks with grey in their hair and one too many laps of the bar logged in that particular jean jacket, this is actually a hyper-specific look at Greg’s life.

"A lot of the lyrics I feel people really identify with are the ones that are just explaining my life. It feels like they can latch on and see themselves in those lyrics. This was such a massive hit for us and such an exciting time in the band's life. I was starting this amazing relationship and writing about it. Everything just came out."

Hello Exile balanced the leaps made on After The Party with a few quieter interludes and songs that recalled the band at their most youthful and boisterous.

"Strangers Forever was the next chapter, really. This was a foundational song we wrote for the album and a lot of other themes and ideas really came from the lyrics. I think Strangers Forever is the perfect Menzingers song. If I look back at all our songs it has all the elements that I really love about the band: the style of the lyrics, the flow, how everything hits."

Don’t Go Throwing Roses In My Grave is an elegiac record about grief and memory that gets its point across through Greg’s typically sharp melodies, beginning with the swaggering Oh Lord, What Do You Know?.

"It was an amazing thing for me to try something completely on my own. The first track, Oh Lord, What Do You Know?, that was the foundational song as, say, Good Things was. Once I wrote the song I knew there was an album and a story there. That was one of the first feelings of writing a song and knowing that it isn't for the band. That was a pretty big deal for me, to finish it and realise there was a solo album in there."

The album’s closer is a heartfelt rewind to Greg’s youth, with family fractures and losses etched alongside vivid domestic scenes.

"I've been working on this for close to 10 years and I never planned on sharing it with anyone. I have songs that are just for me to play on the couch. But when the solo album started to take form it felt like I had to. I've never written a song as personal as this. I haven't shown my parents yet and I'm kind of petrified. My mom is a very emotional person and it's going to be bittersweet, a tough one to hear with a lot of old memories brought up. My brother, it was amazing to be able to share it with him. He has two little girls and he said, 'Thanks for writing this,' so he could share with them what growing up was like. That meant a lot."