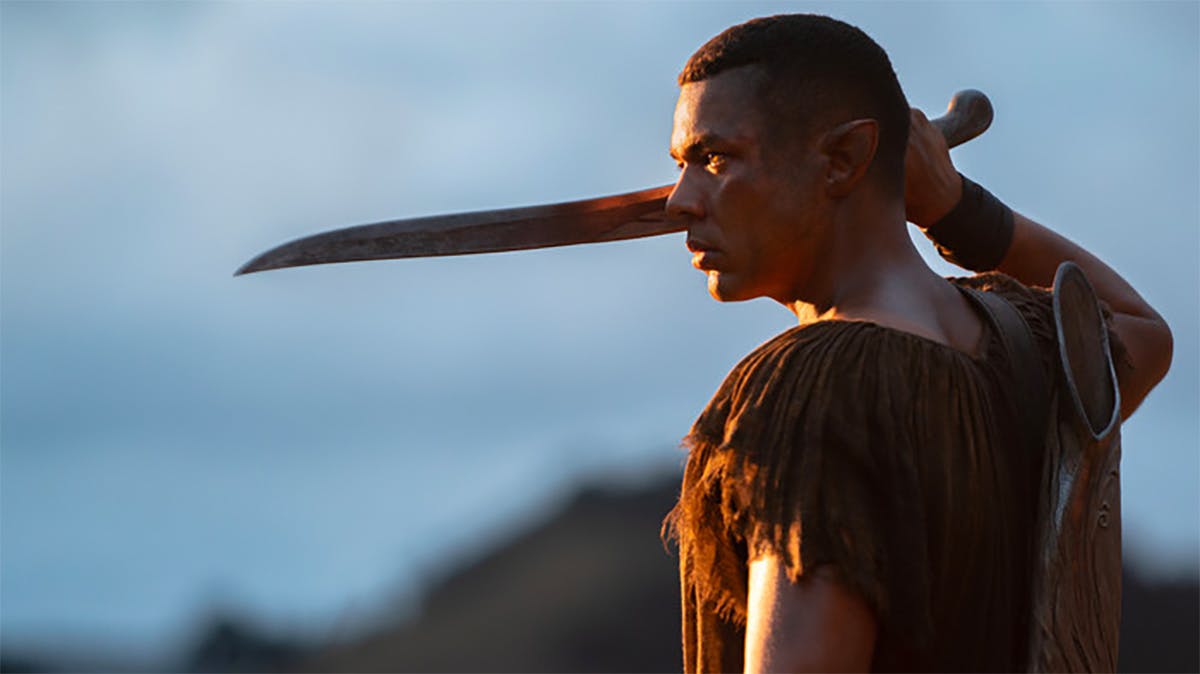 This week, the first two episodes of Amazon’s The Lord Of The Rings: The Rings Of Power comes to streaming services. Years in the making, and costing a rumoured $1 billion (something, something, warehouse employees… something, something, obscene wealth), it promises big things. Delving into the old history of Middle-earth, it won’t simply be a second go at Peter Jackson’s still-warm-after-20-years trilogy, but rather based on J. R. R. Tolkien's notes and appendices.

But upon its announcement last year, there was wariness. Being such narrow source material, from which writers are going to create their own events, it was wondered who could be up to such a hard – and, if we're being really mean, presumptuous – task. There is an, ahem, preciousness to The Lord Of The Rings. And it’s easy to get it wrong.

The first trilogy – The Fellowship Of The Rings, The Two Towers, The Return Of The King – were as close to a fan’s dream as you could hope for. The work of a genuine Tolkien nerd, Peter Jackson, in scale and scope, not to mention genius casting like Sir Christopher Lee’s menacing Saruman and Sir Ian McKellen’s untouchable Gandalf, the lovingly adapted movies were a triumph. Some complained about the lack of Tom Bombadil and scouring of The Shire, but everywhere else it wrangled Tolkien’s massive story onto a screen with a formidable thoroughness that comes only from obsession.

So impressively had Peter Jackson aced his undertaking, it was almost remiss not to put Tolkien’s preceding book onto the big screen. There would be familiarity, too, with having already nailed his cinematic Middle-earth and its inhabitants. It had already grossed a billion bucks, they thought, we have to do this. You even felt that, because it was Peter Jackson, this would be as fine and well-studied a piece as what he’d already done so masterfully. As open goals go, this was one as wide as the field.

In the event, The Hobbit trilogy was as bad as it was inevitable. Turning a relatively short book into three very long movies was the first mistake – a self-evidently bad decision that made you wonder how on Earth they were going to fill the time (it’s literally possible to read the book in about the same running time). Then there’s the way it was filmed. Choosing to do the entire thing on a special 48-frame-per-second camera (pioneered by Oakley Sunglasses bro Jim Jannard) rather than standard 24, Peter Jackson reckoned it’d look more dynamic and rich. It looked like shit. Between that and the eye-meltingly obvious CGI that made every action sequence look like a video game, and everything else look like you were watching a pantomime, it spent a massive budget on looking very cheap. Rather than enhance, it made everyone look like they were actors in costumes. It even robbed Gandalf of his magic.

Having already got it right with The Lord Of The Rings, to the point of having shots that recreated Alan Lee’s definitive paintings from the books, that jeopardy of having to prove something was gone. The scale of undertaking in LOTR, the understanding of the importance of getting things just-so, can be felt throughout. It was genuinely impressive. The Hobbit was business as not as good.

The Rings Of Power already smells so much more promising. It seems to understand the enormity of its task. Amazon owner and Roger The Alien lookalike Jeff Bezos is said to have demanded “I want my Game Of Thrones”. (As such, the onus on getting it right isn’t just from fans, but a genuine villain.) There is risk involved – not only vast sums of money (the rights alone cost a cool $250 million), but in showrunners Patrick McKay and John D. Payne, the keys have been handed to a pair of relative unknowns – which means there’s more to lose, but also more impressive success when it comes.

The story takes place several millennia before The Lord Of The Rings, in the Second Age. During relative peacetime after a war between Elves and the forces of Morgoth and his companion Sauron, there’s a Game Of Thrones-y political angle, as factions work out who to trust to facilitate a lasting peace. A relatively young Galadriel worries Sauron is still alive, although she doesn’t know about the rings he is making to control the world, and the final One Ring that controls them.

Word is that eventually Isildur – the one who couldn’t bring himself to throw the Ring into the fires of Mount Doom – is shown as a far more complex character than someone simply too dazzled by power to do the right thing. One rumour is that his downfall here can be compared to The Godfather.

Whatever future episodes hold, and whether it is, indeed, a man who can’t do right for doing wrong, what matters on the eve of The Rings Of Power’s release is that Middle-earth feels genuinely exciting again. The Hobbit lacked that same spark from the word go. And that’s why TROP will have to screw up very hard to be remembered as a similarly-sized folly.

Lord Of The Rings: The Rings Of Power is released on September 2 via Prime Video