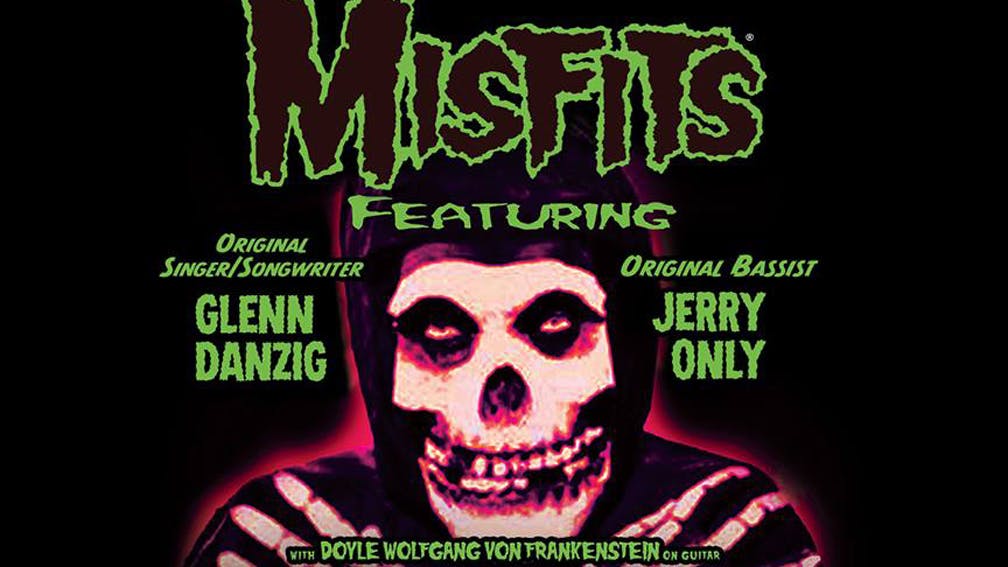 Following what was originally expected to be their final-ever show earlier in the week, the Misfits have announced a pre-Christmas gig in Philadelphia.

The band – the line-up of which consists of singer Glenn Danzig, bassist Jerry Only, guitarists Doyle Wolfgang von Frankenstein and Acey Slade, and drummer Dave Lombardo – will be joined by Dropkick Murphys and Agnostic Front at the December 14 show at the Wells Fargo Center, with tickets going on sale this Friday at 10am.

Read this next: The 30 greatest songs about vampires

The new date obviously dispels previous thoughts that their October 19 gig at New York's Madison Square Garden would be their last. Those rumours began circulating after Danzig reportedly told Bionic Buzz at the premiere of Rob Zombie's 3 From Hell movie: "No more Misfits shows except for MSG."

Earlier this year, Danzig spoke to Kerrang! about his uprbringing and career, saying, “At the beginning there weren’t any other bands like the Misfits. We were angrier, we were faster, we were louder, we didn’t dress the same, and people were taken aback by us at first, particularly when we were smashing shit up at our shows. To be honest, we didn’t really know that there were other bands like us until we went to check out a band who wanted to play our big Halloween show at [New York venue] Irving Plaza and Bad Brains were opening for us. We were like, ‘Wow!’ It was only then that we realised there were other bands around the country playing hard and fast.”

On the Misfits’ reunion shows, he added, “…eventually Jerry [Only, Misfits bassist] and I worked out a bunch of our differences and we decided that if we were going to do a reunion, we were going to do it now rather than later, while we’re still young and vital and can still go crazy and run around a stage.”

Read this next: 11 great songs about UFOs and aliens that are out of this world