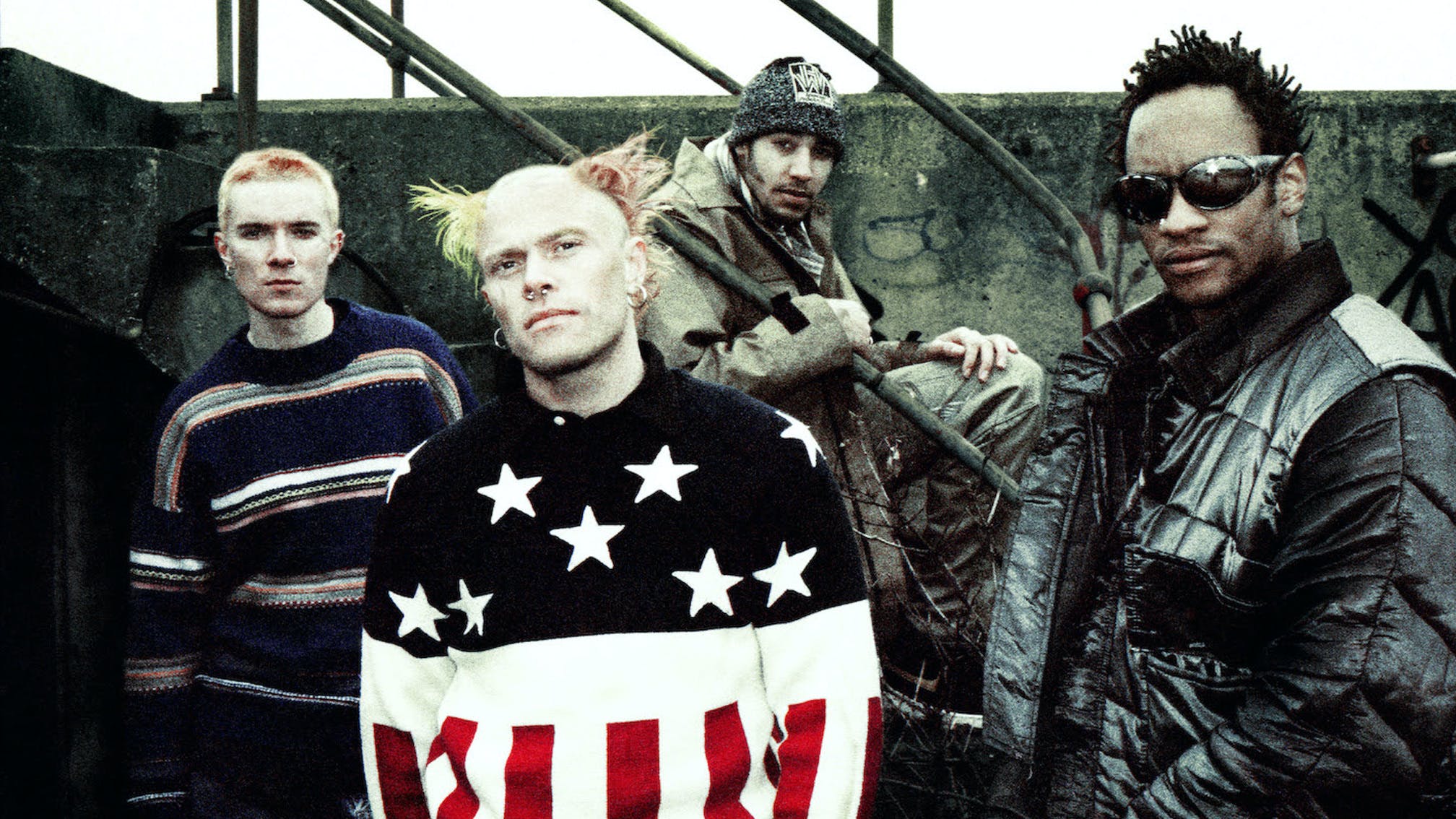 Following the devastating death of frontman Keith Flint in March 2019, The Prodigy have announced that they're finally ready to reflect on their entire story as a band in a new documentary film.

Sharing the news on social media, Liam Howlett and Maxim write: "We are making a band documentary film… so fukin what?? After the devastating passing of our brother Keef in 2019, the time feels right for us to tell the story of our band, all of it, the whole 9… It's a story of the chaotic and troubled journey of our gang, our band, the people's band – The Prodigy."

They add: "Or simply – a story of brothers on a mission to make noise… to ignite the people's souls and blow-up sound systems worldwide… that's fukin what! This film will be made with the same integrity that our music is: uncompromising, raw and honest…

"The film will be as wild as the band," teases director Paul Dugdale. "Dark at times, strong changes of pace, it will be a visual assault too, stylistically striking, contemporary and challenging. We want the viewers to leave the cinema like they’ve just stepped off a roller-coaster."

Sam Bridger, Head of Music Films at Pulse Films, adds: "The Prodigy are the most iconic British electronic band of their generation, a group who single-handedly altered the course of popular music. Our ethos at Pulse Films in the music documentary space has always been to tell unique stories about iconic artists in new and disruptive ways. Partnering with The Prodigy and their long-time directing collaborator Paul Dugdale enables us to continue that tradition and create a film that reflects the heart, sheer imagination and danger of The Prodigy."

In September last year, The Prodigy revealed that they were continuing to work on a new album – the follow-up to 2018's No Tourists.

Previously, former Prodigy member Leeroy Thornhill also stated that he knew Liam and Maxim were working on a record in Keith's honour: "I know Liam wants to finish The Prodigy album he was doing, I don’t know how far along he is," he said.

Basically, then, there should be a lot of new Prodigy stuff coming our way soon…

Read this: My friend Keith Flint, the voice of a Jilted Generation