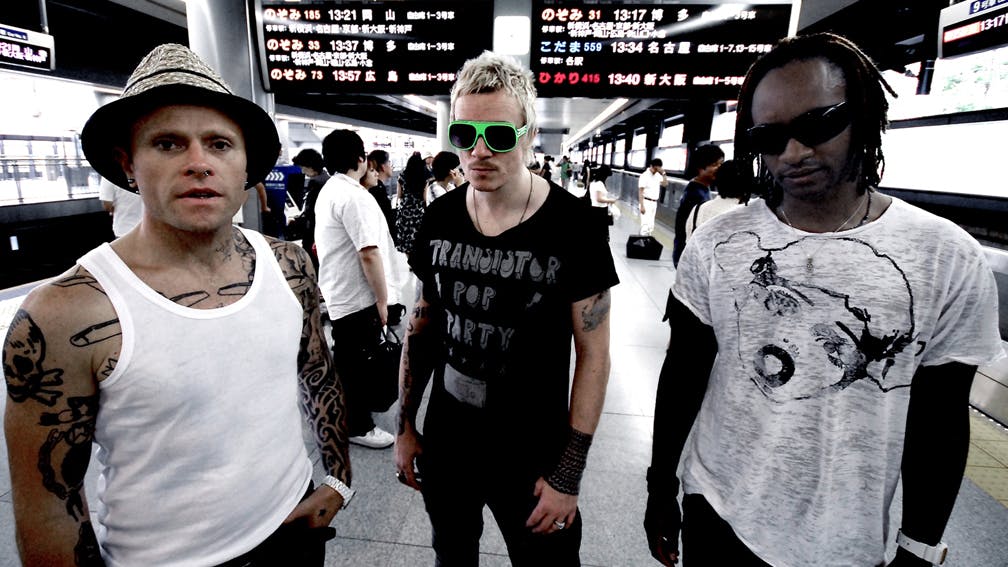 After last August's news that The Prodigy had returned to the studio five months after the devastating passing of Keith Flint, former member Leeroy Thornhill has discussed how the band hope to finish a new record in the frontman's honour.

In an appearance on Paul Danan's The Morning After podcast, Leeroy says that he “got together” with Liam Howlett and Maxim on the one-year anniversary of Keith's death on March 4 this year, revealing that they “went out to celebrate his life. It was all good.”

On the progress of the follow-up to 2018's No Tourists, Leeroy added, “I know Liam wants to finish The Prodigy album he was doing, I don't know how far along he is.”

Read this next: Saluting 25 years of The Prodigy’s Music For The Jilted Generation

Addressing the loss of Keith, he continued. “It’s devastating, there’s not a day that goes past where I don’t think about him, and it generally comes with a smile.

“All that guy did was bring joy to millions and millions of people. He made his choice to do what he did and it doesn’t matter how much it hurts and how much we regret it.”

To mark the anniversary of Keith's passing publicly, The Prodigy paid tribute to the late frontman on social media by writing, “One year has gone by since you left us. We miss you everyday man, your light blazes strong.

“You will always be here with us coz as you know – WE LIVE FOREVER! Stay Punk brother, Forever in our hearts, Liam and Maxim x #theprodigy #raisetheroof #weliveforever”

Paying tribute to his fallen friend on the anniversary of Keith's death in March, Kerrang! writer Mörat penned a heartfelt essay about The Prodigy frontman, writing that, “The tragedy is that The Prodigy were far from done. Only a couple of years ago, the No Tourists album debuted at Number One, their sixth consecutive album to do so, while the likes of Invaders Must Die and The Day Is My Enemy still feel as fresh and vital as the day they were released. The Prodigy had shows booked, minds to blow, and so much more timeless music to offer.

“But now all we can do is hope to remember the good times. Not just good, but the best of times. The all-nighters at Brixton Academy, dancing in the pissing rain at Glastonbury and Reading and Download, and not giving a fuck about tomorrow because The Prodigy were now. More than any other band, they brought us together, broke down barriers and made us one. And they did so entirely on their own terms – vastly influential and yet totally inimitable.”

Read this next: How The Prodigy breathed new life into rock