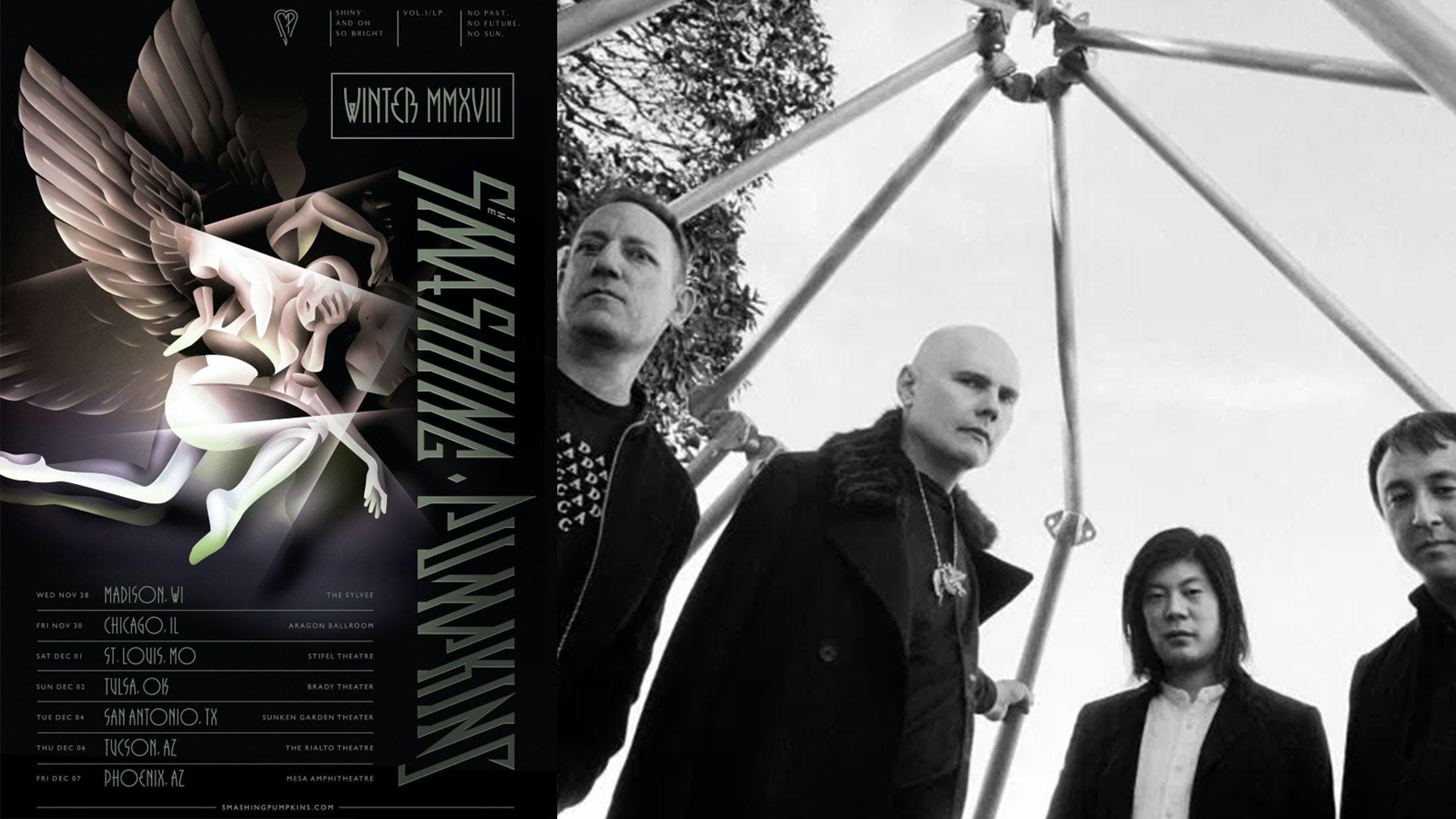 The Smashing Pumpkins have announced a 30th anniversary tour that begins on November 28th at The Sylvee in Madison, Wisconsin. As well as their previously announced sold-out date in Chicago, these shows will have the band rolling through in St. Louis, Tulsa, San Antonio, Tucson, and Phoenix.

Tickets for the shows will be available at 10am local time this Friday, October 5.

Here are the dates:

The band will release their new album Shiny And Oh So Bright, Vol. 1 / LP: No Past. No Future. No Sun. on November 16 on Billy Corgan's Martha's Music label.