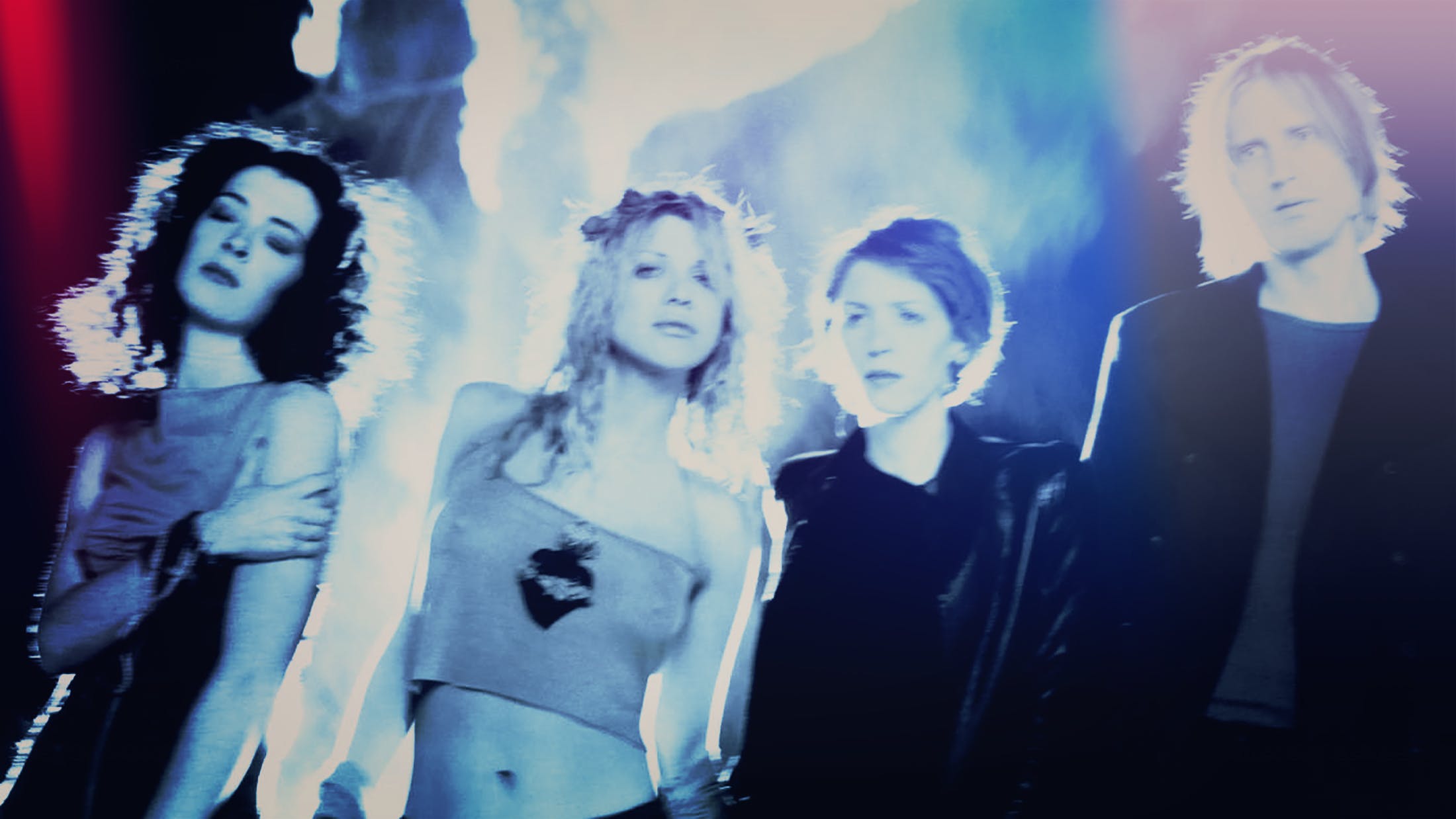 A lot happened to Courtney Love between the releases of Hole's second album, Live Through This, in 1994, and its follow-up, Celebrity Skin, four years later. Released a week after her husband, Nirvana's Kurt Cobain, was found dead at their home in Seattle, the former had solidified Hole as fierce contenders for the crown in the grunge world – a scene that had largely faded away by the time the latter came out on September 8, 1998.

By that time, Courtney had established herself not only as a bona fide rock star, but also as an accomplished and acclaimed actor. In 1996 alone, she had roles in Basquiat, Feeling Minnesota and The People Vs Larry Flynt, for which she was nominated for Best Performance By An Actress at the Golden Globes. Yet as her professional horizons expanded, so did her musical ones. Gone was the abrasive, sonically scathing vitriol of Hole's first two albums, replaced instead by shimmering harmonies and a mournful, lyrical melancholy.

The record’s emotional vulnerability was accentuated by the glossy sheen of its production at the hands of Michael Beinhorn. At that time, the producer had been responsible for the likes of Red Hot Chili Peppers’ Mothers Milk, Soul Asylum’s Grave Dancers Union, Soundgarden’s Superunknown and Ozzy Osbourne’s Ozzmosis. Grunge fans took note of (and immediate issue with) Hole’s sonic shift, and they were denounced by many for selling out. That might not seem like a big deal today, but it was one of the worst things a band could be charged with in the pre-digital age.

That wasn’t the only controversy surrounding the production, either. While in the studio, Michael suggested to Courtney and fellow founding member Eric Erlandson that they replace Patty Schemel’s drum parts – all of which she had written herself – and have them played by a session musician because he thought her playing was weak. Unsurprisingly, that created a huge amount of tension and led to the drummer leaving the band midway through the process. Her departure occurred as the cover photo was going to press, but it would be the very last picture of that line-up – completed on that album by bassist Melissa Auf der Maur – ever taken.

To make matters worse, and in much the same way that people accused Kurt of writing most (if not all) of the songs on Live Through This, suggestions were rife that The Smashing Pumpkins’ Billy Corgan – with whom Courtney had had a relationship before she met Kurt and who does have a partial songwriting credit for the music on five of the album’s 11 tracks – had written this one.

It didn't help that in the same month that Hole finished recording Celebrity Skin, Nick Broomfield’s documentary, Kurt & Courtney, also stoked a lot of unsavoury rumours about the Hole singer. Had much of that occurred when the band had just started the writing process, it’s likely that Celebrity Skin would have turned out very differently indeed.

Still, the fact it’s a decidedly more polished and accessible record than its predecessors wasn’t just a way for the band to prove to themselves they could produce a real commercial hit; it was also deliberately designed to provoke people. In an interview with Spin magazine back in 1998, Courtney and Eric discussed their creative intentions for the album:

“That was our biggest worry back then,” Eric said of the band’s start, “that Hole [the name] could not be a mainstream band, and we wanted to be popular enough and sell enough records.”

“But also, when we started out, all I really wanted to do is piss everybody off,” Courtney said.

“I think it’d be great if [Celebrity Skin] pissed a lot of people off,” Eric continued.

“It won’t piss anybody off,” Courtney remarked. “It’s supposed to provoke thought. There’s a good quote – I can only paraphrase it – that 95 per cent of all popular culture is pornography, five per cent creates inspiration, new aesthetic, and grace in people. I’d like to be in that five per cent, using pop.” Quite.

In the same interview, Courtney – in characteristic style – explained why it had taken four years for Hole to make Celebrity Skin: "Someone dies [Kurt]. Have a child. Someone dies [bassist Kristen Pfaff]. Do a major movie. Oh, by the way, stop putting things into your body that you’ve been putting in for, oh, a decade. Umm, gee, I don’t know, is that four years? I think that’s about four years of your life. I mean, it’s pretty obvious. I don’t care about 'prolific', I want a body of work that is like, everything was good.”

Even in the face of the difficult and unsteady circumstances of its recording sessions – not to mention Courtney Love’s personal predicaments around the time it was released – Celebrity Skin is a phenomenal album. Not only did it transcend the nature of grunge and break Hole out of the pigeonhole they’d been placed in, but it did see the band finally become a mainstream concern; upon release, it hit the Number Nine spot on the Billboard Album Charts and has since sold more than 1.7 million copies.

That, ultimately, is irrelevant. What matters is that even though Courtney Love had been demonised by much of the world in the wake of Kurt Cobain’s death, she refused to respond with the kind of anger that Hole’s previous albums showed she was more than capable of, and which most people probably expected her to produce again. Instead, she and the band crafted an album of timeless beauty. Sad but majestic, despondent yet somehow optimistic, its raw emotions sparkle with just as much resonance and power now.

After Celebrity Skin’s release, the inter-band turbulence that had dominated the making of the record continued and Hole, after clinging on for a few more years, would eventually implode and disband in 2002 (until a brief reunion some seven years later). Yet the album exists despite everything that surrounded it, and it’s the antithesis of everything that influenced and inspired it. Yet while it took that ugliness and shaped it into something beautiful, it’s still very much aware of the darkness within. As Courtney Love so incisively sings on Petals: ‘All the lilies bloomed and blossomed / Wilted and they’re shivering / I can’t stop their withering / Oh, this world is a war.’