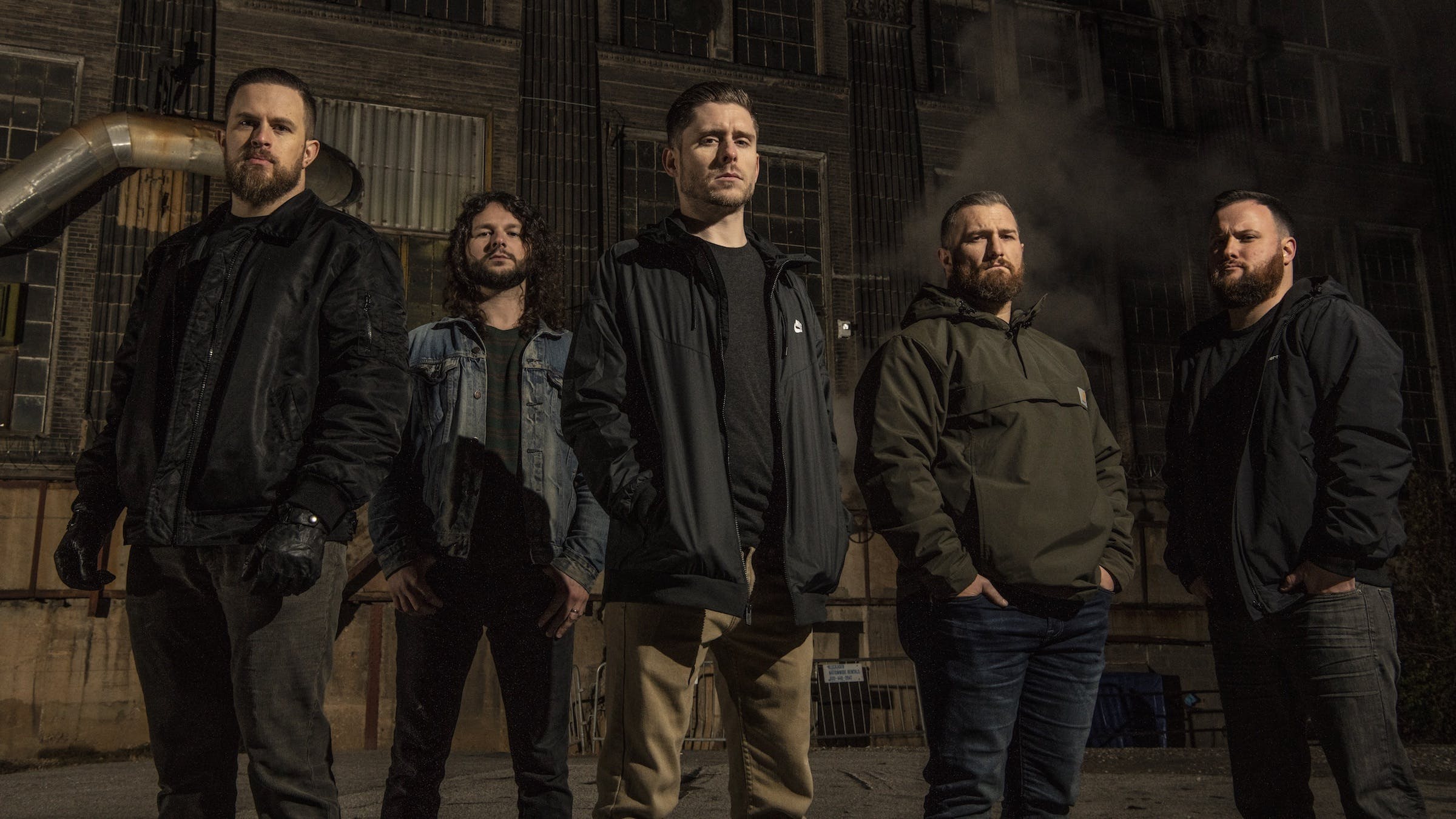 On their new album The Valley, Tennessee deathcore stalwarts Whitechapel take things in a slower, more brooding direction, incorporating plenty of clean vocals and melodic guitars. And yet this move away from the band's traditional sound just makes the Knoxville quartet sound all the more menacing and creepy.

One of the most jarring tracks on the album is the opener, When A Demon Defiles A Which. Not only is the song scary, but the video is a miniature horror movie unto itself.

“[The video] worked out really well, because [direcotr Mathis Arnell] used to drum tech for us back in the day,” explains guitarist Ben Savage. “He used to set up our drummer’s kit, and also shot video for us -- he shot our DVD. He had this really cool cinematic style to his work. For this one, we didn’t want to be involved in the video, because we thought it was really cool to not have a band involved--especially with a song like that has multiple parts and kind of tells a story itself. Plus, we don’t really like doing videos to begin with! So he just had free reign to make a story and a concept. Each riff had a different scene. He laid it out for us, and we’d send him notes.”

With how heavy and dark When A Demon Defiles A Witch gets, one could easily assume the song and video are a supernatural fantasy whipped up by the band. But Ben says the story behind the track is very true...and that the facts are far more alarming than any ghost story.

“Basically, Phil [Bozeman, vocalist]’s mom would see a demon outside or by her fireside, and she knew that if she saw it there, then it would be by her bedside that night,” says Ben. “She would write these journals which were pretty cryptic -- her handwriting would change every now and again. The song title actually came from one of the journals. It talked about the Devil raping a witch. So we interpreted it, and changed it to give it a better flow. We didn’t want the word ‘raping’ in the song title, so we changed the title, and gave Mathis this vision, and he did his own thing with it.”

Depicted visually, Phil’s mother’s vision is absolutely terrifying. But for Phil, that turmoil was very real, and according to Ben, it wasn’t until The Valley that the vocalist felt comfortable recounting the story via Whitechapel’s music.

“This whole thing has been a slow evolution,” says Ben. “Only in the past six years has Phil gotten more personal with his lyrics and stuff. At the beginning, our albums were more fantasy-based, creating worlds with the lyrics, but now Phil has gotten much more personal about that sort of thing. He wanted this -- it was his idea to talk about this. He came up with the idea of the The Valley. So I think talking about stuff like this on past records like Mark Of The Blade made him more confident. He could’ve gotten his mom’s journal ten years ago, but he chose to get into it now. It was all his choice. We’ve always been supportive of whatever he wanted to write about. We’ve never questioned it -- we’ve all had his back.”

Whitechapel’s The Valley is out now on Metal Blade Records.

Whitechapel’s The Valley is a strange but awesome beast

Read an interview with Whitechapel guitarist Ben Savage following the release of the band’s new album The Valley.