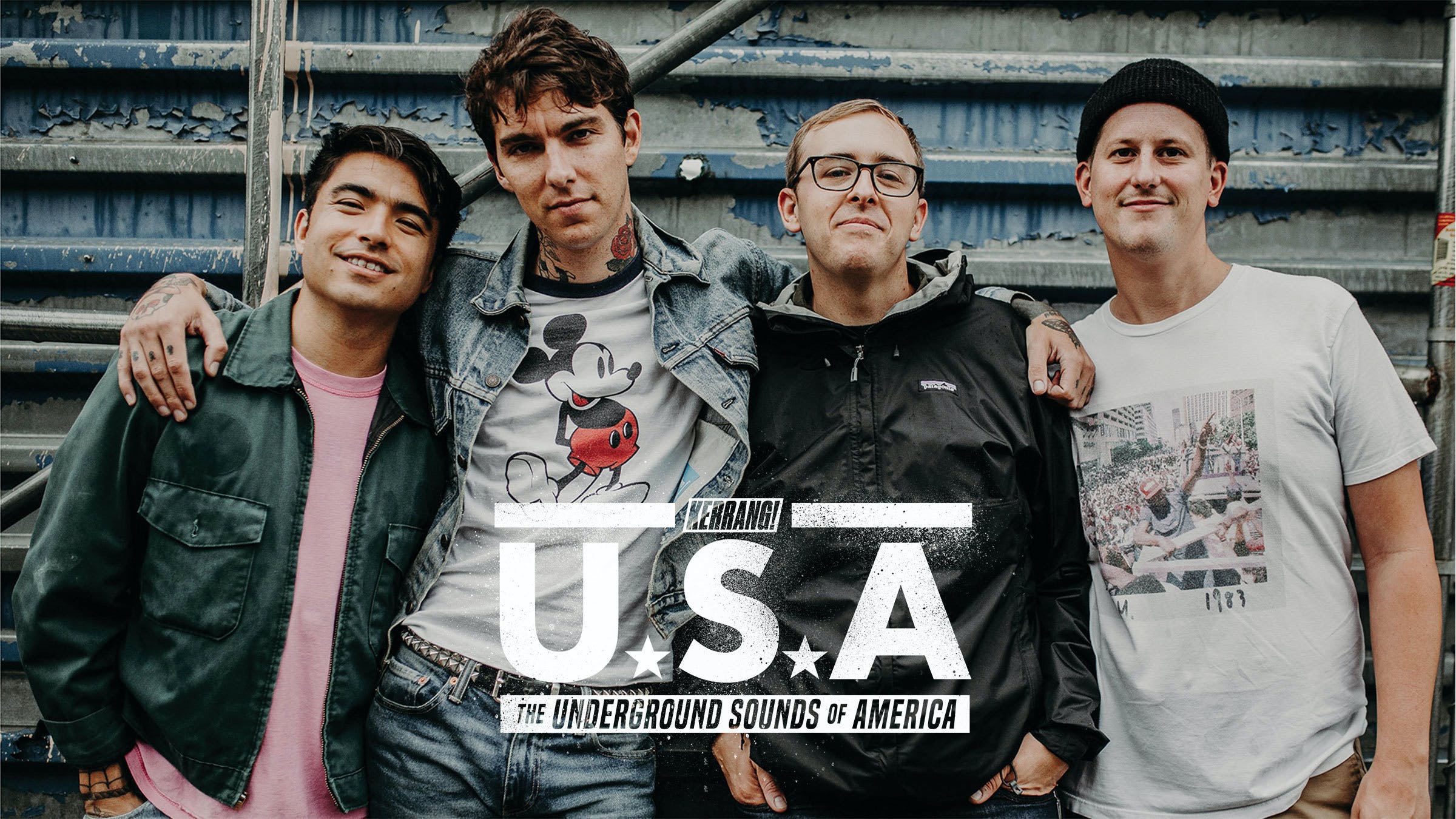 While they're proud to call Torrance, California, their hometown, the truth is that emo-punks Joyce Manor are really from the Internet. The digital sphere is most likely where you've seen the band around -- whether it was their Tumblr-favorited 2011 self-titled debut, the infamous Pitchfork review of their junior effort Never Hungover Again, or the vibrant green album cover of their fourth LP Cody that circulates punk rock social media feeds every now and then. At the end of the day, Joyce Manor aren't Californian so much as they are millennials.

Usually placed on the same shelf as emo bands like Tigers Jaw or Title Fight, Joyce Manor have become known as one of the most pivotal bands in the emo revival movement. At the same time, their sound can’t simply be described as emo; 2011’s self-titled reverberated with a reckless punk-rock attitude, and 2016’s Cody exuded the upbeat vibrance of pop rock. Like Q in Star Trek, Joyce Manor exist all over the place all at once, sounding however they feel like at the time seemingly because it amuses them to do so.

Never Hungover Again, in particular, exemplifies Joyce Manor’s distinct versatility of sound. “That was the first record where it sounds very unique and it sounds like Joyce Manor to me,” frontman Barry Johnson confesses. “No one can really talk shit about that." He points out the one minute and forty-six second track The Jerk as the perfect example of this vibe: “There’s not really another song that sounds like that.”

Unafraid to go our own way, we asked Joyce Manor about emo, their hometown, and who they'd like to tour with that wouldn't suck.

1) Who would be on Joyce Manor’s dream tour?

I don’t think I have a good answer for this. I’ve been asked this question, like, hypothetically, and it’s even hard to answer hypothetically. I wanna tour with Hop Along again, and then also...I can’t think of any good answers, this sucks. What makes sense with Joyce Manor? What are we gonna open for? Fuckin’ Green Day? Like, that sucks. That’d be so embarrassing. Corny as fuck. There’s nothing. There’s nothing I want to do. Even hypothetically. Like what are we gonna do? Play with U2 or something? Like, I don’t know. I got no answers. I would like to play with Cap’n Jazz, I like Cap’n Jazz a lot. Just Hop Along. Say Hop Along. Joyce Manor, Hop Along: two band show. Over.

READ THIS: Joyce Manor and Saves The Day are uniting emo generations

2) If you had to play a newcomer a Joyce Manor song to introduce them to the band, which song would you pick?

3) Aside from music, what hobbies are you passionate about?

Literally nothing. Uh, I recently got an NES classic, and I’m trying to beat Super Mario Brothers, the original one, Super Mario 1, and it’s fuckin’ insanely hard, never beat it in my life. So, that’s my hobby. Yeah, I don’t have any hobbies outside music. That’s the only thing I do.

4) What’s the worst experience you’ve had on tour?

I got strep throat in Australia and Matt [Eber, bass] had to sing for the set, Matt and Chase [Knobbe, guitar] sang the songs. That was bad. Super awkward and super weird. I played guitar with strep throat. I had a 103-degree fever and my throat was swollen shut. I had to take antibiotics and we had a day off and then the next show I could kinda play and I sang again.

5) Does being from Torrance, California, inform Joyce Manor’s music?

Yes. Torrance is weirdly haunted. There is a feeling and an electricity there that is just unique to Torrance. I didn’t think it was until I travelled a lot for this job, and there’s something about it that is off and odd, and I think that my goal as a songwriter is to make songs that feel like that. It’s challenging because it’s such a hard feeling to put into words. I think if you’re from the South Bay or from Torrance, people know exactly what I’m talking about and they can sometimes be like, ‘Joyce Manor does feel like that or sound like that.’ And that’s the best compliment anyone could ever pay me.

Joyce Manor: “It’s not healthy to start painting yourself into a box… it’s better to just f*cking get on with it”

Joyce Manor have never been a band to spend too long dwelling in the same sound. But on sixth album 40 oz. To Fresno, Barry Johnson found the perfect middle ground between forward-thinking and a bit of reflection. It’s resulted in a record that – in his words – slams…

Joyce Manor And Saves The Day Are Uniting Emo Generations

On their U.S. tour, Saves The Day and Joyce Manor are bringing out longtime fans and making new ones by appealing to flip sides of the same genre.