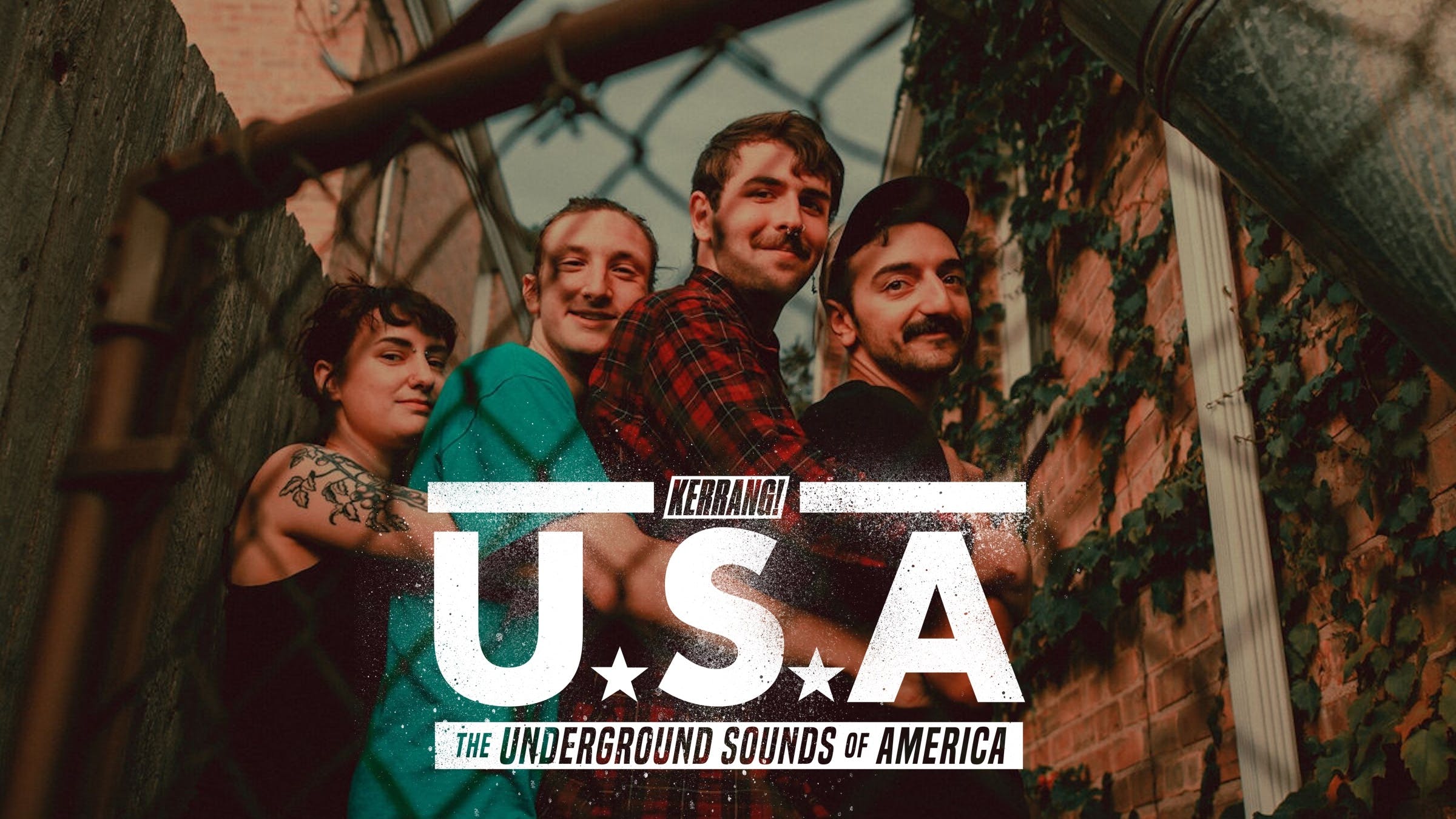 It’s hard to pin down Short Fictions within one genre or another without confusing some listeners. Any of the Pittsburgh-based quintet’s songs may start with a pretty filigree of indie rock guitars and clean vocals, but at any moment could suddenly burst into a racket of blastbeats and pained shrieks. And yet, even in their noisier moments, there’s a plucky brightness to the band’s music that keeps even their extreme side connected to a base of heartfelt garage-dwelling alternative. That sweetness shining through the chaos is represented in their album covers, and the latest, this year’s Fates Worse Than Death, practically glows with peeling pinks and organic browns.

“I would say that our music gets brighter and more focused with each release,” says vocalist-guitarist Sam Treber. “Our early music was super lo-fi, and while I do really like that musical aesthetic, I’ve felt that as we’ve gained more fans over the years it might be worthwhile to try to release cleaner, more professional records. I wouldn’t say that it’s off the table for us to release something dark again in the future if we wanted to.”

Though Short Fictions’ diverse sound may be held together by big heart, that doesn’t mean it’s without its darkness. The title of their new album is a reference to its running theme of climate change and fear about the survival of the planet. While Sam makes it clear that Fates isn’t a concept album, and that some of the songs thereon are your usual tales of love, anger, or confusion, he is very open about his anxiety over what lies in store for humankind.

READ THIS: Short Fictions' new single is a noisy, heartfelt soundtrack to being human

“I have a lot of apprehension about the future of the world,” says Sam. “I think things are going to get really bad sooner than a lot of people think, or are willing to believe, and so I think it’s important to use our platform to talk about these kinds of things. I don’t expect our album to really radicalize anybody, but it just seemed more important to talk about these kinds of things than it did to just offer personal narrative. That being said, there are -- of course -- a handful of songs on the album that are just fun, and don’t carry a lot of political weight. It wasn’t exactly a deliberate choice for the album to have a central concept, but rather just that climate change was (still is) on my mind constantly, and that that manifested in my writing.”

Enticed by their mixture of nervousness and whimsy, we asked Sam about what allows Short Fictions to strike that middle ground.

1) If you had to play a newcomer one Short Fictions track to introduce them to the band, what would it be and why?

I think I’d start with Property Of Pigeons. It showcases a lot of different sides of the band all at once: it starts out twinkly, then gets skramzy, and noisy, and then ends with a wall of sound and a spoken sample. Those are all elements that you might hear in a Short Fictions song, but not usually all in the same place. If I thought that they wouldn’t be into that kind of thing, though, I would probably show them Really Like You because it’s just a really fun song.

2) Who would be on Short Fictions' dream tour?

If Empire! Empire! or The Brave Little Abacus would reunite, I would say them. In 2020, though, my dream would be a four-band package consisting of Short Fictions, Gouge Away, Snowing (recently reunited!), Brockhampton, and Biz Markie as the hype man for all four of us, and he plays a stripped down version of Just A Friend every night, and we all get onstage, put our arms around each other, and sing along.

3) Do you feel like being from Pittsburgh informs or influences your music, and if so, how?

Yeah, absolutely. We’ve had the fortune of being around to see a lot of really great bands come out of Pittsburgh whose music I might not have been exposed to otherwise. Skull Kid comes to mind in particular, as a band that I looked up to a lot when I was first getting into the music scene, and whose music I draw a lot of influence from. But of course, Pittsburgh is hugely influential to me as a place as well. I've written a handful of songs about my fears of gentrification. I’ve written songs about the deteriorating, 200-year-old house I live in. I’ve written lines about the Pennsylvania Turnpike, and I’ve written about trying to find my place in this city that is, perhaps, bigger than it seems. Basically, Pittsburgh is a magical place that I feel very connected to and I do think that our music would be a lot different if I didn’t live here.

READ THIS: The Underground Sounds Of America: Pile

4) Given how varied your sound is, is there a scene or a musical community that you feel most at home in?

You’d be surprised at how receptive different communities are of both our styles. We have a lot of really great friends in both circles, really. I’d say we’re probably a little more on-the-radar in the emo community, but to be fair we have a lot more songs that fall into that category. I feel very welcome in both crowds though, and they aren’t -- for the most part -- mutually exclusive.

5) What, in your estimation, is a fate worse than death?

When I applied that title to the album it was in reference to the climate change idea. Every person who has ever lived has died, and while it is, of course, always sad when that happens, what I think is a lot worse is the idea that we might all someday soon watch as all our friends, loved ones, and all of humanity slowly dies off, and it will be at the hands of an incredibly small number of capitalists who put personal gain ahead of the fate of the entire planet. All the beauty of the world, all the art, and all the progress of humanity will simply cease to exist, and we will watch it unfold in real time. That’s a fate worse than death.

Short Fictions’s Fates Worse Than Death comes out Friday, December 13, and is available for pre-order.

READ THIS: Searching for Tim Kasher: A night with Cursive in New York

Catch the band at one of their upcoming live dates:

Short Fictions' New Single Is A Noisy, Heartfelt Soundtrack To Being Human

Exclusive: The latest from Pittsburgh indie-core quintet Short Fictions will have you nodding sagely along in no time.