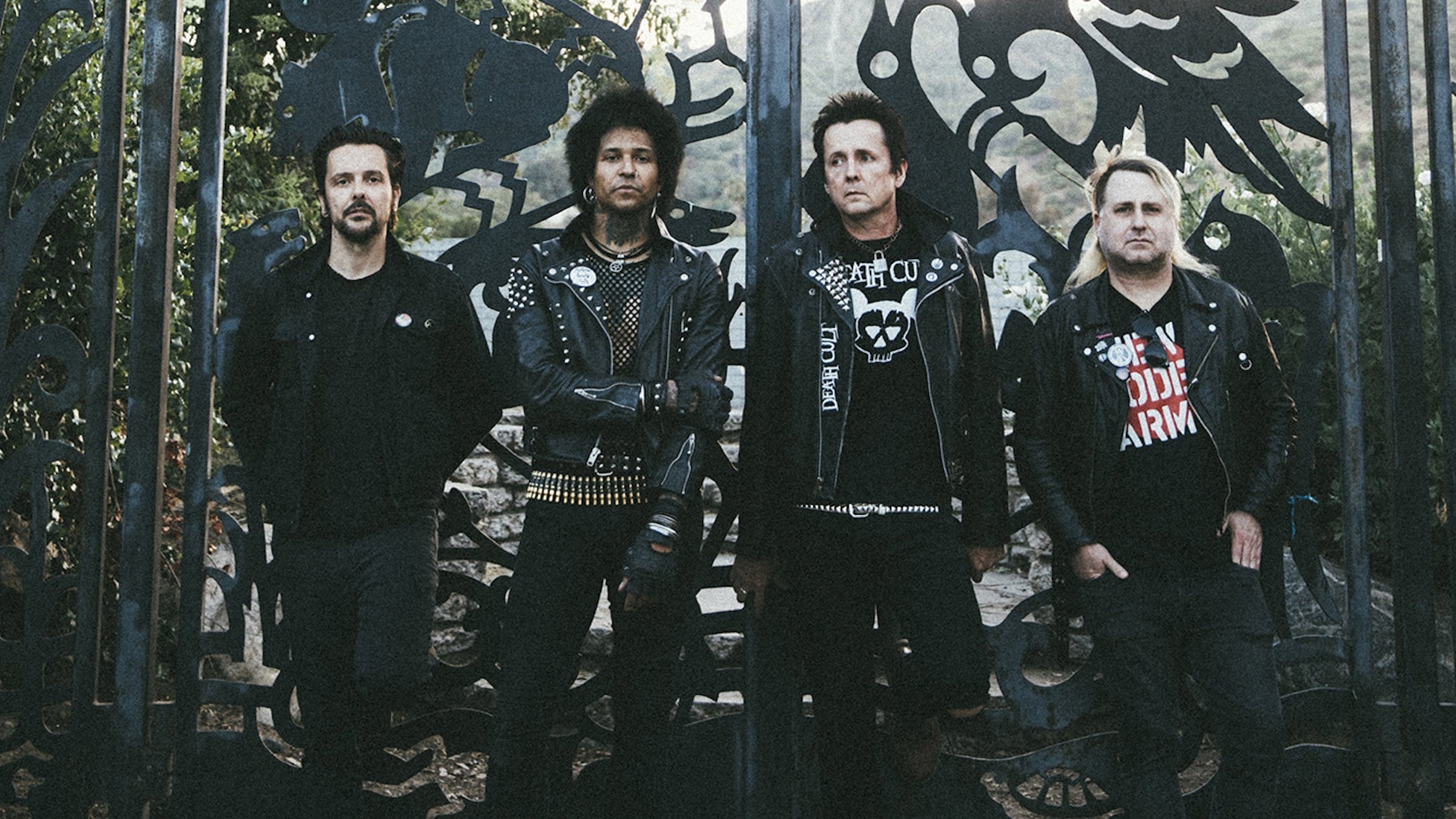 The beauty of The Wraith is that they are both novel and timeless. The Los Angeles-based dark punk quartet are currently tearing up the punk scene with the eerie fury of their new album Gloom Ballet, and are experiencing all of modern insanity that comes with being a punk rock band in 2019. At the same time, though, the band's shadowy sound and black-drenched look are what brought death-obsessed punks into the fold since Dead Moon first twanged out of the darkness. As such, The Wraith offer a refreshing sound that is still scratches the classic punk itch at its root.

The band's new video for Wing Of Night walks that line with endearing grace. The footage is stylized to look like it was found in a camcorder from 1984, and shows the band taking part in a Satanic Panic-style occult ritual. Of course, this summons what every parent in the '80s feared the most -- a sexy punk with half of her head shaved, who unleashes a wave of creepy, sensual performance art onto the band. It's the kind of video that couldn't have been made without the room to look back on 'goth rock's beginnings, even as it looks as though it could've been made during that era.

An extra dash of spookiness comes with the fact that the band and director Alisa Akay shot the video in a haunted theater in North Hollywood, next to the studio where they recorded Gloom Ballet. The band's seance in the video, led by psychic spiritualist Tiffany Retrozombie, had some spectral side effects.

"Every time I closed my eyes I saw a blinding white light – I thought someone had turned on the production spotlights, but we were still sitting in the dark,” recalled guitarist Kaz Alvis. “When I mentioned it to the medium, her eyes got very big and she said it was a spirit trying to come through me."

Watch Wing Of Night below:

The Wraith's Gloom Ballet is out now on Southern Lord, and can be purchased at the band's US webshop, European webshop, and the band’s Bandcamp.

Exclusive: Stream the new album by LA's The Wraith after bassist Paul Rogers explains the real-life trials behind the punk scene today.