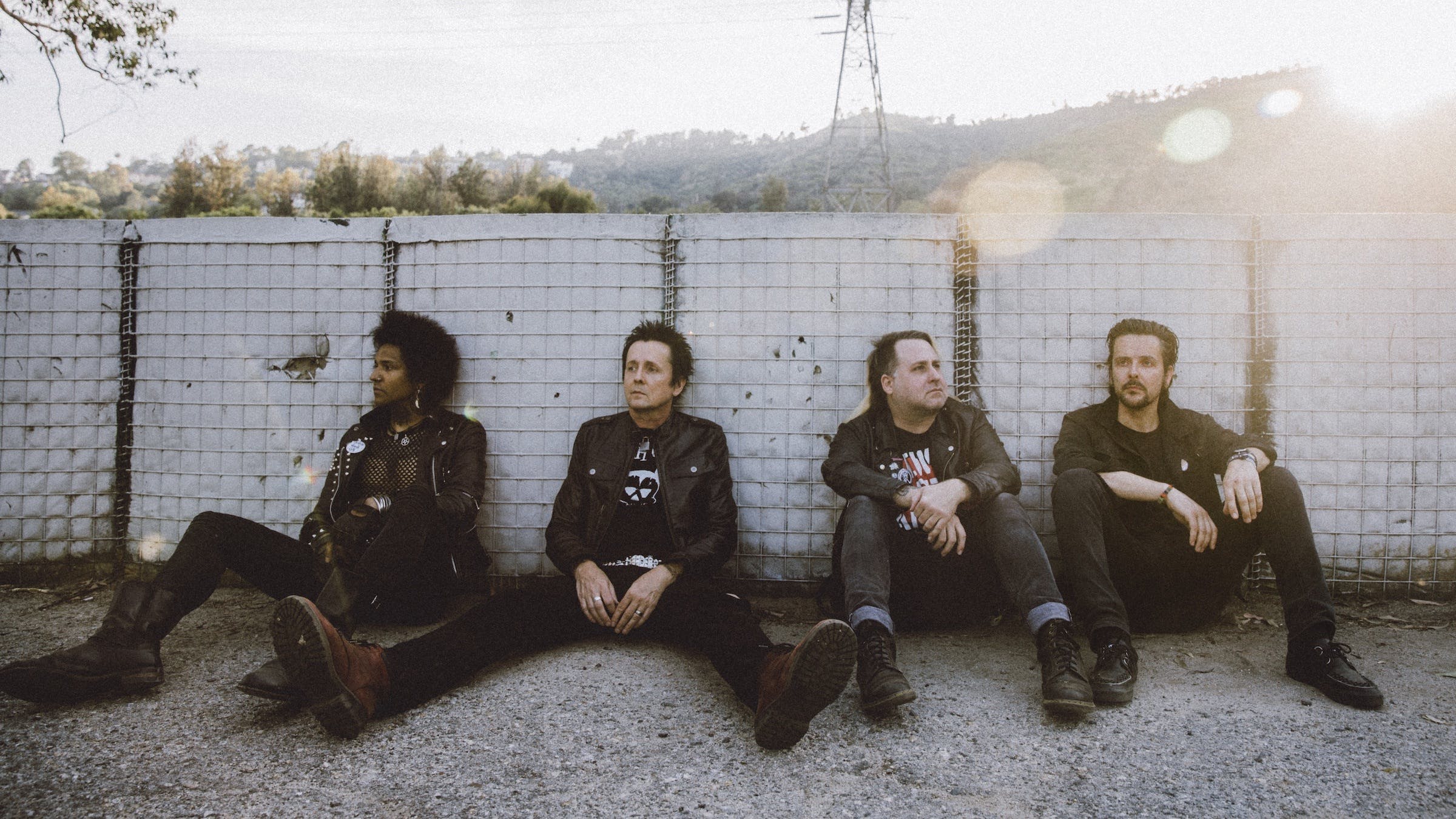 When I first started playing punk back in rural Forest of Dean, England, I had only the vaguest notion of what being in a band in distant Los Angeles might be like. But I probably assumed it would be glamorous, endlessly exciting, and maybe even lucrative. Today, I’m bassist for LA punk band The Wraith. Our debut album Gloom Ballet will be released by Southern Lord Recordings on November 29. And the reality of life in a punk band in 2019 -- or at least our reality -- is quite different.

First, some background on us: The Wraith was founded by singer Davey Bales (formerly of Lost Tribe and Shadow Age) and guitarist Kaz Alvis in 2016. They self-released the Shadow Flag EP the following year, which became something of an underground sensation. I joined the band last summer, and by fall -- on the strength of the EP and our frenetic live shows – we were recording our debut album in North Hollywood with producer and Puscifer guitarist Mat Mitchell.

After shopping the record around, we found a supportive home for it on Southern Lord and are now preparing for its release and the accompanying touring. Drummer Scott Raynor (formerly of blink-182), who’d been in the band before me, re-joined in July. The Wraith has variously been described as 'dark punk,' 'deathrock,' and 'post-punk,' influenced by the likes of Death Cult, Killing Joke, T.S.O.L., and the Chameleons.

Now, on to the realities of our lives: The first challenge for most LA bands is simply the logistics of getting everyone into the same room at the same time. The city is huge, over 500 square miles; traffic is famously nightmarish; and public transport is patchy. Davey and I, for example, live 40 miles apart, so just scheduling practices can be a headache. I’ve sometimes spent more than three hours traveling for a one-hour rehearsal. For this reason, we almost never just hang out -- all of our time together is spent on the creation and performance of music.

With the soaring cost of living here -- a one-bedroom LA apartment averages almost $2,500/month (around ₤1,930) -- most musicians have full-time day jobs, which complicates the scheduling of rehearsals, shows, and tours. 'Lockout' rehearsal spaces are also expensive: we pay $300/month (approx. ₤230) for a corner in the storage room of a small theater, which we share with numerous other creative enterprises (and a random bloke who literally lives in there!). So we also have to dovetail rehearsals in with our roommates’ timetables.

Not exactly the Hollywood rock’n’roll dream -- not that any of us expected that. But everyone in The Wraith has been involved in punk scenes elsewhere, so it’s been interesting to contrast these with LA.

“There's a lot of hard-working people here who keep the scene alive” says Davey, who previously lived in Richmond, VA. “But it’s hard to get a good following in LA, because there are so many bands...You really have to work hard and play a lot to get support.”

While there are thousands of truly dedicated musicians in LA, sometimes the city justifies its rep for attracting flakes and wannabes, as The Wraith discovered early on.

“We went through a dozen members to get where we’re at now,” recalls Kaz, who was formerly based in Florida and Brooklyn. “We had people show up completely drunk or on meth to practice. We had guys that didn’t have transportation or jobs. We have a solid lineup now, though...We’re having a lot of fun.”

The supply-and-demand struggle to book decent shows in LA is no different from what I experienced in London, or what I hear about New York. As in those cities, new bands in LA usually receive minimal to no pay, or even have to resort to pay-to-play in order to get booked. But when The Wraith performs outside Los Angeles, even in adjacent cities, we get paid better and encounter way more enthusiastic crowds.

“On our last West Coast trek all the clubs were packed,” Kaz says. “We were selling a ton of shirts and records even before we played, so they obviously knew who we were.

There are a number of small venues in LA that support punk, notably the Five Star Bar and The Redwood, which are both in downtown. We’ve also been lucky enough to play the famed Viper Room on the Sunset Strip frequently over the past year, opening for the Dickies, the Murder Junkies, and even at a Christmas party with David Hasselhoff! There are also larger venues like 1,100-capacity Regent downtown and the 1,200-capacity Fonda Theatre in Hollywood. We’ve been lucky enough to play those stages, but landing a slot on a show big enough to pull that off is hard work.

“It definitely depends on the venue, day of the week, and the lineup of the show,” says Kaz. “But, yeah, people come out to see the bands. People tend to be very supportive of each other here in LA. Working with Mat [Mitchell] would not have happened if the band were elsewhere. There are a lot of great producers and talented people [in LA]...and more opportunities to open for more established bands.”

One of the only ways to stay afloat in the LA music scene is a hard work ethic and finding creative ways to get your band out there. In an effort to promote and unite the “dark” scene here, Kaz and Davey organized the inaugural LA Dark Fest at the Viper Room last month, featuring eight bands (including The Wraith), DJs, and even a psychic. The fest sold out and we had our best-ever night for merchandise sales (which, like most semi-pro bands, we rely on to survive).

Getting signed was huge for The Wraith -- Southern Lord and its owner, Greg Anderson (of Sunn O)))), have been great. We were able to pay-off our (albeit modest) debts, and they’ve given us complete creative control. Yet we still juggle band commitments with day jobs; we’re still broke; and, while we’re getting better-known every day, we’re far from famous. Booking some of our own shows and financing music videos is still up to us. The Wraith was my favorite band even before I joined, and being a member is a dream come true, but its day-to-day reality is a far cry from the hedonistic perma-party that LA became famous for during the 1980s.

“Nothing has really changed,” mulls Kaz. “We’ll see if that’s still true after the record comes out.”

Listen to an exclusive advance stream of The Wraith's Gloom Ballet below:

Gloom Ballet will be released worldwide via Southern Lord on November 29th but can be preordered at the label US webshop, European webshop, and the band's Bandcamp.

READ THIS: 10 famous albums where everything was crazy behind the scenes

Exclusive: The new video by LA death rock crew The Wraith is a blast of retro punk occultism.