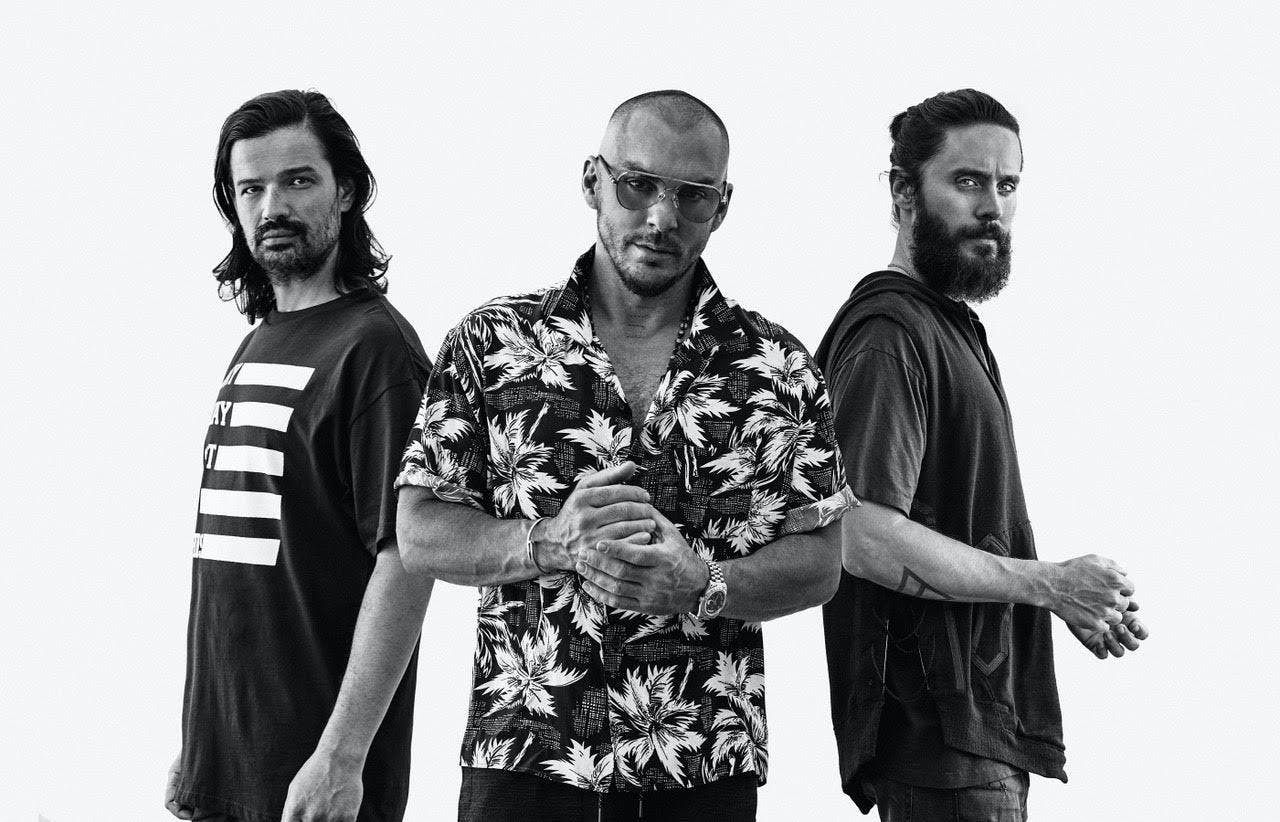 Ahead of the release of their much-anticipated, as-yet-untitled fifth record, Thirty Seconds To Mars have dropped a second single, Dangerous Night. Wanna listen to it? Click on this:

Dangerous Night follows hot on the heels from the forthcoming album's debut, Walk On Water, the video for which offered a preview into the band's documentary A Day In The Life Of America. Intriguing, right? Refresh or catch up on that here:

We're still waiting on a proper video for Dangerous Night, or in fact, any further news on the next album. Stay tuned for that. In the meantime, don't forget the band are gearing up for an imminent UK return. You forgot? Here are the dates again:

Fancy another listen? Stream Dangerous Night via Spotify below: