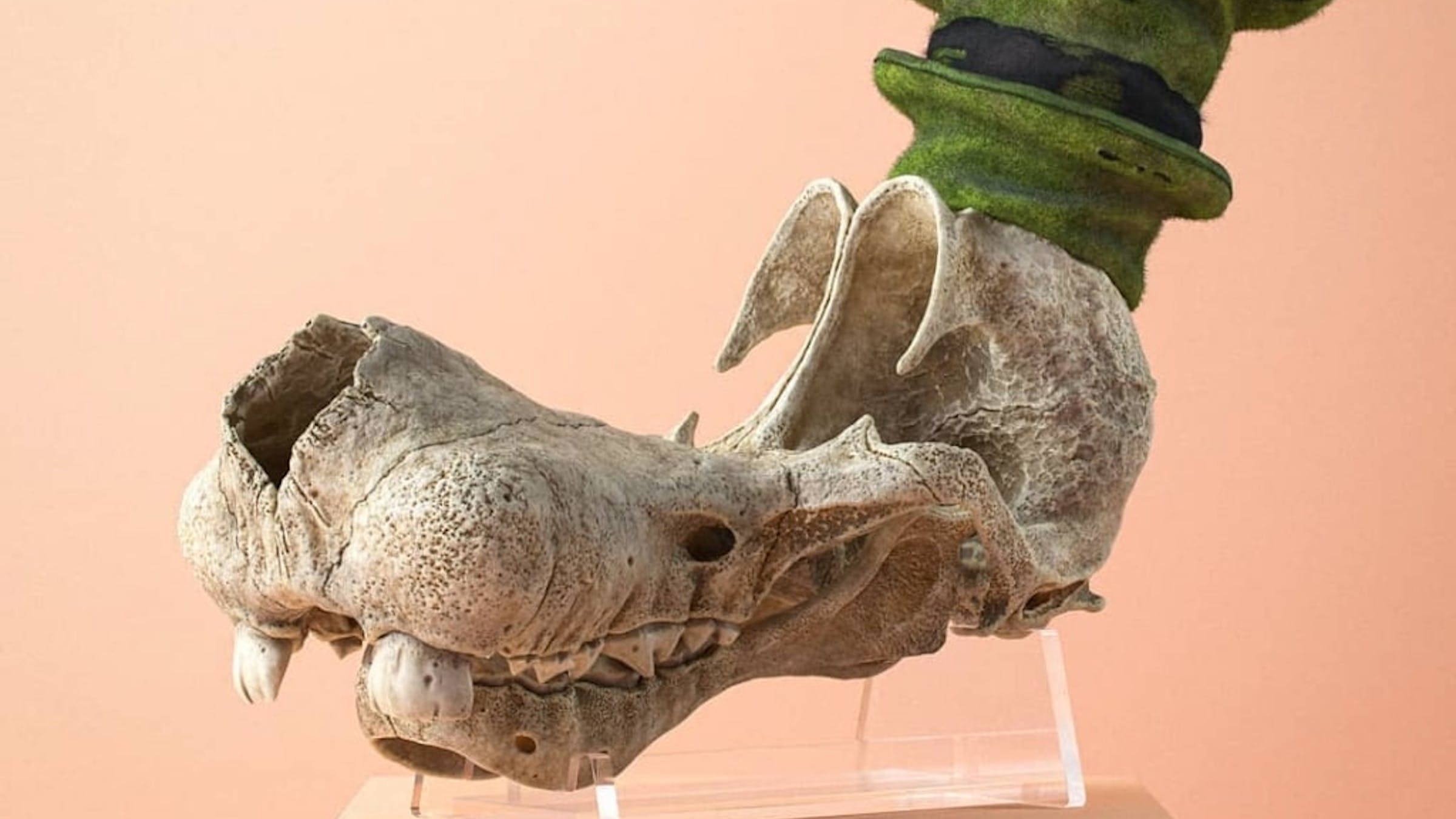 Everything dies -- even cartoon characters. Though they're generally elastic and resilient, there are only so many times your favorite animated pals can get hit by an falling anvil or a train coming out of a painted tunnel before their bladders rupture and they go to Cartoon Heaven (except for Rainbow Brite -- she did some messed-up shit in Desert Storm). Now, one artist has imagined the forensic side of your favorite cartoons by creating 3D renderings of their anatomically-correct skulls.

Some readers might know artist Filip Hodas, AKA Hoodass, for his lush depictions of a post-cataclysmic world where the cartoon heroes of old are regarded as nature-reclaimed artifacts from a time long gone. This time around, though, he has imagined the skulls of your Saturday morning favorites as museum pieces, carefully preserved and labeled with Latin names. Not only that, but he's also made them somewhat accurate in their depictions of the kinds of animals these characters are (bet you've never thought about Minnie Mouse's teeth before today, have you?).

Check out Hoodass's cartoon skulls below:

Cartoons have always been important to rock culture. In fact, for Kerrang! writer Mike Diver, the Transformers movie was a gateway to the entire world of metal.

"For a young kid like me, it was Transformers: The Movie, rather than an older relative with a cool record collection, that first opened my ears to metal," explained Mike. "In the following years I’d soak up the sounds of the aforementioned trio, and many more, taking a formative turn into grunge when Nirvana blew up. But to this day, I’m eternally thankful to a feature-length toy advertisement for playing a significant part, alongside a steady stream of classic rock records during car journeys, in fostering a great affection for a killer riff."