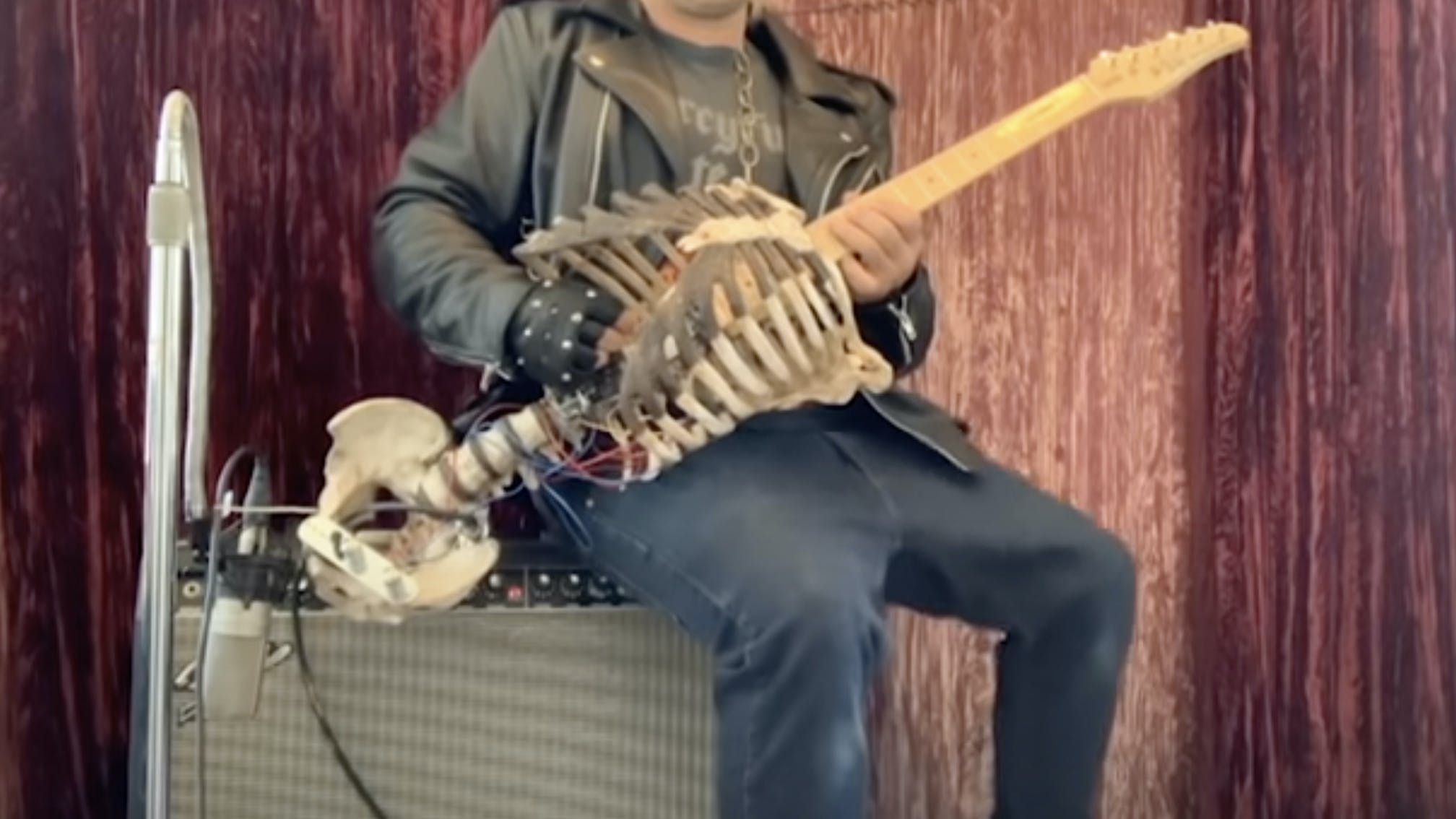 A guitarist has paid tribute to their metal-loving late uncle by turning his relative's skeleton into an actual working guitar.

MetalSucks have shared the unusual but impressive story of Prince Midnight, a guitar player who lost his Greek uncle Filip in a car accident two decades ago. Apparently the nature of his native country's Orthodox Christian religion "frowns upon" cremation, and Filip's bones were medically prepared and rendered (at his request) after his death, and then donated to a local college for educational purposes.

Twenty years later, though, Prince's uncle was sent – after what sounds like rather a lot of paperwork – to his nephew in Florida, who eventually decided to get to work on what must surely be the first-ever guitar made out of a real skeleton.

"I got the box of bones from Greece and didn’t know what to do at first," Prince admits. "Bury them? Cremate them? Put them in the attic? All seemed like poor ways to memorialise someone who got me into heavy metal. So, I decided to turn Uncle Filip into a guitar, which proved to be challenging. I did a lot of research and no-one has ever made a guitar out of a skeleton. So, I did it."

Bonus: not only does he now have one of the most unique and meaningful instruments on the planet, but Prince says the guitar "plays perfect and sounds awesome".

Check out the guitar in action below:

Read this: 10 bands who wouldn’t be here without Slayer