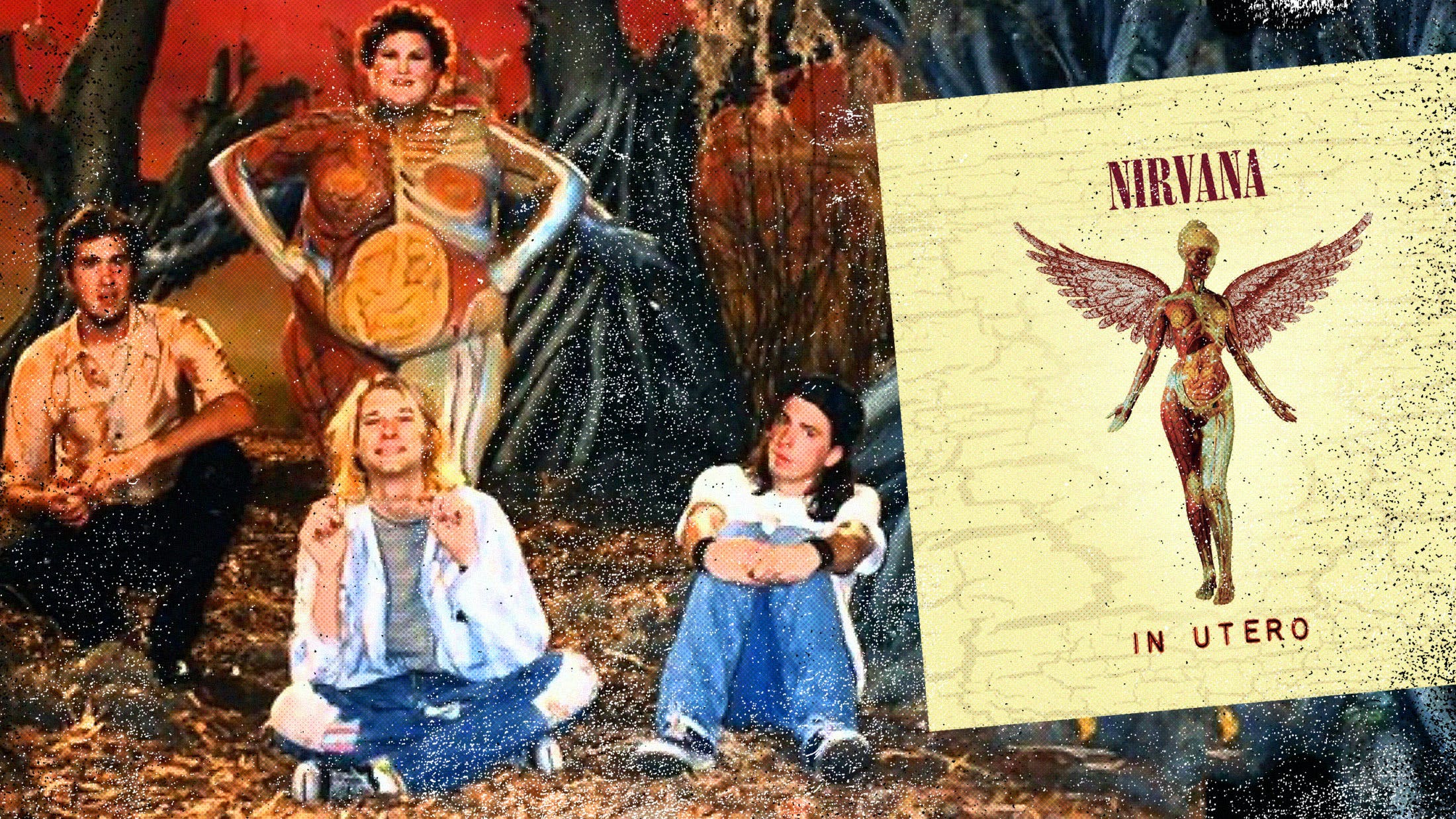 This is the original Kerrang! review of In Utero from September 1993.

You can almost taste it. The anticipation. Another Nevermind? Kurt Cobain's descent into fear, self-loathing and unholy noise? Neither, really.

The title says a lot. Nirvana have withdrawn and headed womb-ward to dodge the general bullshit that's tracked ’em ever since they hit multi-Platinum pay-dirt.

A couple more spins of In Utero, and it becomes even clearer: this ain't no piece-o’-shit stab at punk rock non-conformity. This is Nirvana making the kind of record they want to make. On their own terms.

Following the controversy of Albini-gate – the bizarre episode where producer Steve Albini's kiss-and-tell confessions suggested that the band were bowing to record company pressure – In Utero emerges as a subtly ironic and cathartic record, shaving the territory between the band's formative Bleach platter and its groundbreaking successor, Nevermind.

The rougher, Bleach-styled material is the most vitriolic, with Kurt's fuzzbox set on stun, his lyrical barbs personalised and sharpened. When he chortles 'One more solo?' on album closer Gallons Of Rubbing Alcohol Flow Through The Strip, the track and the album implode in a two-fingered salute of defiance. Radio Friendly Unit Shifter further sums up Kurt's challenging mood as he snarls, 'I love you for what I am not, I do not want what I have got', swiping at the bitter irony of multi-Platinum success against a backdrop of Sonic Youth-styled six-string abuse.

Despite the twists of gratuitous Punk-oid anger that Kurt inflicts throughout the 13 tracks on offer, on the current single Heart-Shaped Box, the sublime All Apologies (a likely candidate for a 45), and the convalescent croon of Penny Royal Tea, he re-stakes his claim as one of his generation's most absorbing songsmiths. The former pair (which benefit from additional engineering from Scott Litt) are Nirvana’s most commercial moments, with all three hinting at the possibilities that lie ahead.

Elsewhere, the triumvirate of Kurt, bass lank Krist Novoselic and traps-tapper Dave Grohl nod ironically at their unwitting former glories. Kurt kickstarts Rape Me with a familiar and doubtlessly intended …Teen Spirit shuffle, while Dumb has an infectious Come As You Are feel. Both ripple with Kurt's poignant observations, allowing fleeting glimpses at his anger and frustration without ever resorting to the trite and obvious.

The heaviest moments bubble up on the metallised canter of Tourette's, the searing Milk It, and the winsome Frances Farmer…, all of which have a familiar, lived-in feel. In fact, it's this kind of immediate intimacy which makes In Utero such a passion-filled ride.

If anything, after all the irritating speculation, the whole affair hollers defiantly. You can almost sense the relief at the band's discovery that they can still pick up the tools of their trade and play. Sure, it won't reach the heady heights of its predecessor, but who gives a shit about sinful sales figures? This is the sound of absolution.