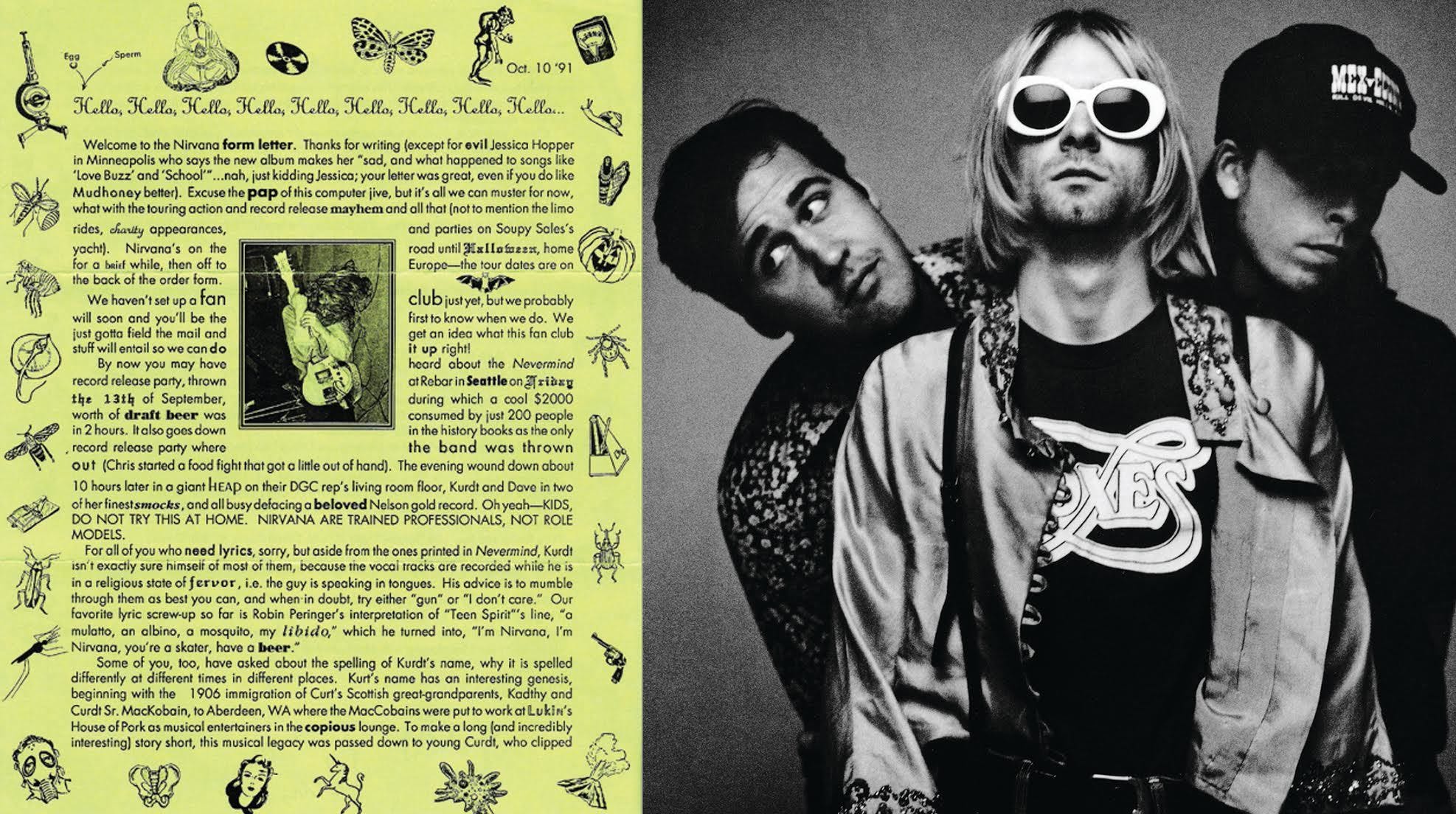 Imagine a world where you’ve never seen this:

And you’ve never watched this:

And this never existed not even in anyone’s worst nightmares:

A communique was recently discovered from this lost world, a message that to this day not many people have seen, from a cult US alternative rock band that ceased to exist shortly afterwards. The band was called - get this - “Nirvana”, and it was sent out by them to a relatively small but devoted hardcore of fans who’d fallen in love with their debut album, Bleach.

Nevermind had been released in September of that year but was still in the very early stages of blazing the trail that would eventually take it to the Billboard #1 spot in January ‘92, so this “form letter” – as the band themselves refer to it – was sent while they were on the cusp of shedding cult status forever and becoming every pissed off 11-year-old’s gateway into a life of socially advantageous angst and anarchy, head banging house parties, skate park hash sessions and clumsy alt teen foreplay.

The double-sided sheet (found by Canadian music journalist Eric Alper and traced back to music blogger Wilfully Obscure's personal collection) contains all the in-jokes, irony and weird animal clipart you’d expect from an American touring band of that time, as well as this interesting point about lyrics:

“For all of you who need lyrics, sorry, but aside from the ones printed in Nevermind, Kurdt isn’t exactly sure himself of most of them, because the vocal tracks are recorded while he is in a religious state of fervor, i.e. the guy is speaking in tongues. His advice is to mumble through them as best you can, and when in doubt, try either ‘gun’ or ‘I don’t care’. Our favorite lyric screw-up so far is Robin Perlinger’s interpretation of ‘Teen Spirit’s line, ‘a mulatto, an albino, a mosquito, my libido,’ which he turned into, ‘I’m Nirvana, I’m Nirvana, you’re a skater, have a beer.’”

To this day people still fuck up the lyrics of that bit but Nirvana’s time as an underground college band has long since disappeared. We can never return to that world but it’s interesting at least to gawp at this slime-yellow artefact from it.