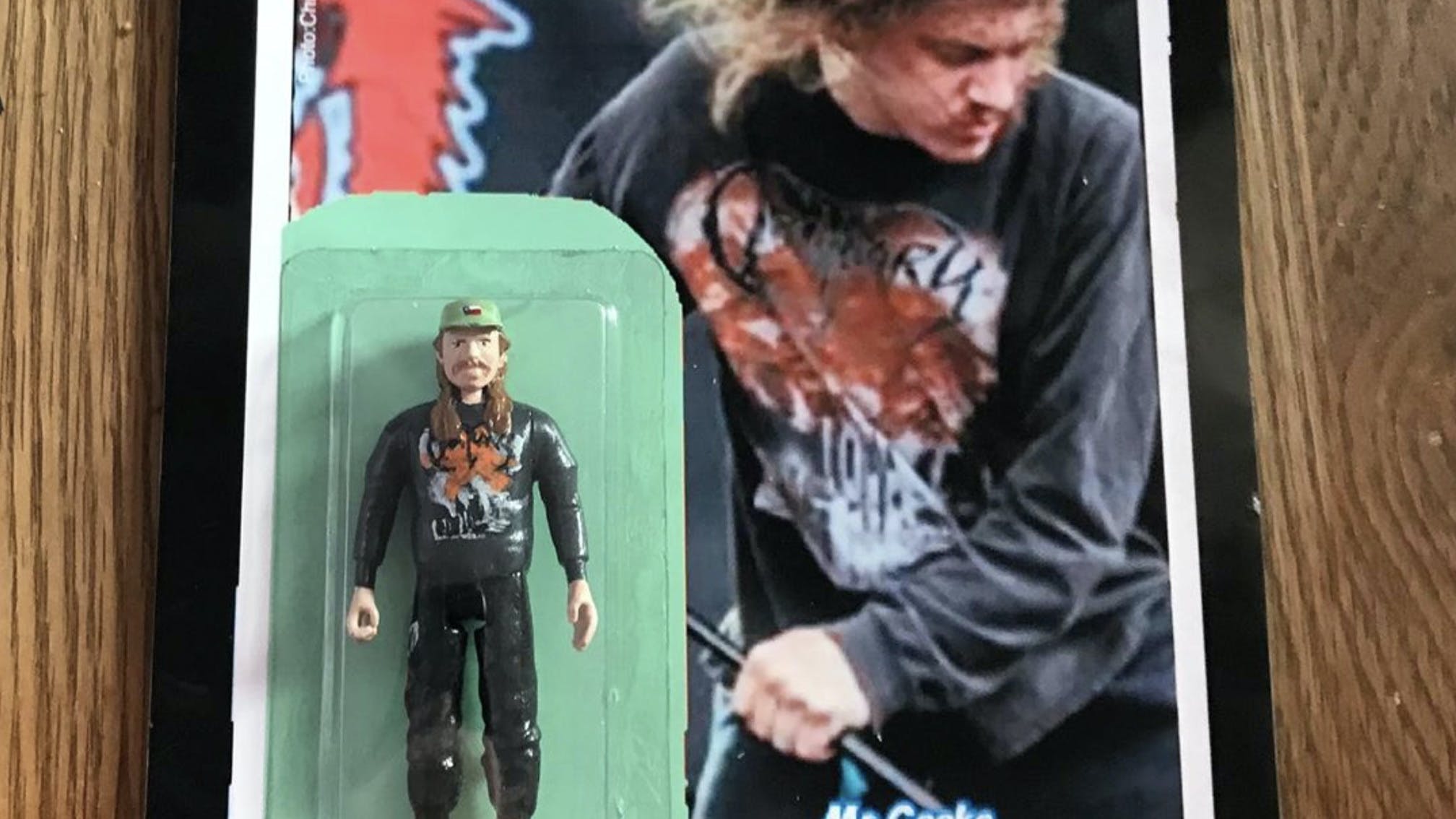 Following his tragic death last month, the rock and metal world is continuing to pay tribute to the late, great Riley Gale. And one particularly creative fan has gone as far as to turn the Power Trip frontman into an action figure (via Metal Injection) – though, sadly, it's not for sale.

This isn't the first time artist Mr.Cooke Customz has created such an impressive and unique piece of memorabilia (just check Etsy), but it's absolutely one of the best we've seen, showcasing Riley looking like the total badass that he was, in a box that has a photo of him performing onstage. Perfect.

Mr. Cooke modestly calls his work “No-frills customs, bootlegs, knockoffs and tat” – but judging by how many Power Trip fans are already asking for Riley's figure to be turned into a proper line in the comments to this post, clearly the internet very much disagrees…

Recently, Trivium paid tribute to their former tourmate Riley with a cover of Power Trip's Executioner’s Tax (Swing Of The Axe).

“I feel like Power Trip was one of the very few bands that weren’t ‘newer’, but they were newer to the world scene and I think they had a better shot of becoming one of the biggest metal/crossover/hardcore bands on the planet,” said frontman Matt Heafy.

“I think Power Trip was doing something very different that other people weren’t doing and it was amazing they were able to bring so many fans of so many different genres into one band.”