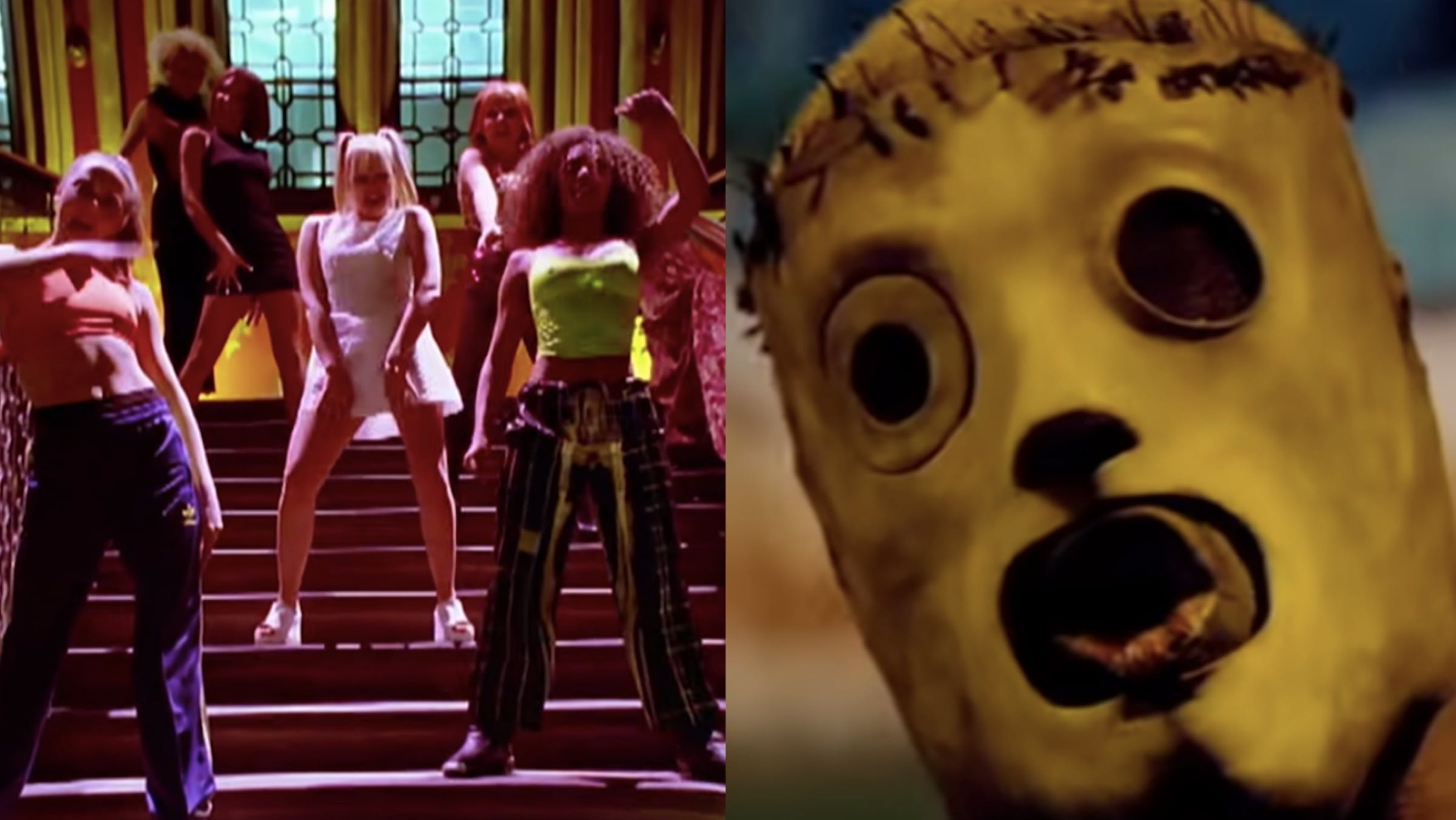 Any metal fans worth their salt must occasionally admit that a mash-up of a classic metal track and a ridiculous pop track is in fact pretty great, even if they hate themselves for it. That's what a good mash-up should be -- absolutely laughable for the most part, but also surprising in how well the two tracks being used work together. This happened to us earlier this year, when someone combined Deftones and Britney Spears with surprisingly satisfying results. And it's happened again with this mash-up of Slipknot and Spice Girls.

The mutant bastard child is called -- wait for it -- If You Wanna Breathe My Sulfur, which should tell you all you need to know about the two songs used to create it. The fact that it's worth repeat listens brings up a shitload of silly but worthwhile questions. Should more Slipknot songs have pop beats? Should more pop music have harsh, shouting vocals? Would a Slipknot/Spice Girls co-headlining tour ever work? What the hell was wrong with the '90s, to create both of these bands?

Answer these questions by watching If You Wanna Breathe My Sulfur below:

READ THIS: Watch this contestant on The Voice Myanmar absolutely nail Slipknot's Spit It Out

If this mash-up isn't your cup of tea, you can also try Tool and Taylor Swift, or Slayer and Ace Of Base. Whatever you're into.

One wonders if Slipknot's Shawn "Clown" Crahan should create his own mash-ups. In a recent interview, the percussionist revealed he has "artistic schizophrenia," and said that he has some "fascinating" stuff planned for 2020. "I used to ask my mom all the time what was wrong with me. She told me that I was a renaissance man, and that I was gonna do a little bit of everything. I do three things religiously every day: I either work with music, work with photographs, or with film. And then on top of all of that I draw, I paint, I collage, I write, I direct, I produce. I harness this core of myself that I expand out to all of that, so it’s all consistent.”

Meanwhile, if you'd like to catch Slipknot live and try to wipe this whole thing from your memory, you can do so at one of the following UK dates this January: