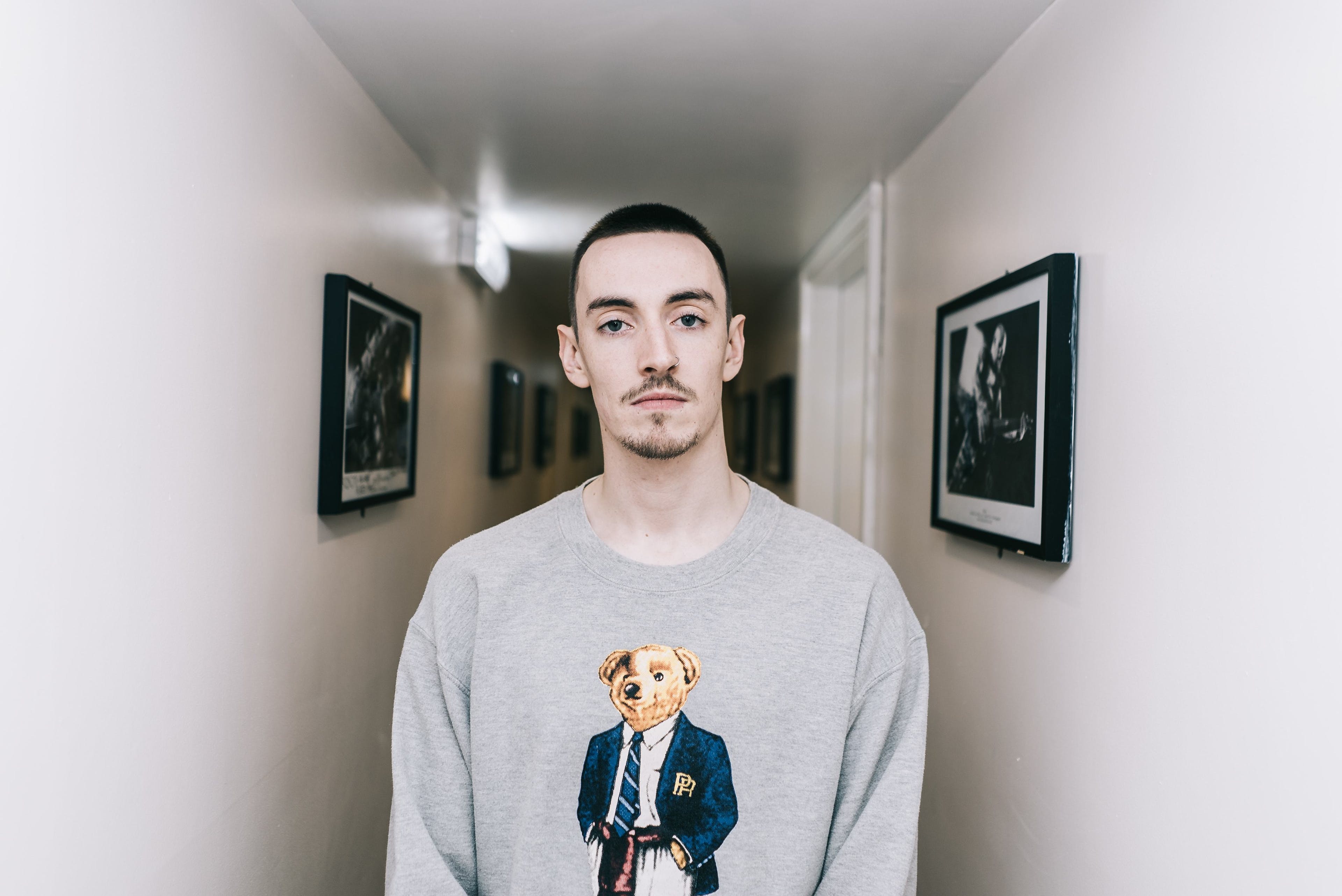 As a breathing and living human being in need of work, Tobi Duncan spends his spare time driving bands around in his van. Moose Blood, The Wonder Years, Dead – they’ve all taken up temporary residence in Duncan’s four-wheeled home away from home, as he flings them up and down the country and, presumably, patiently waits outside many a motorway-side Marks & Spencers.

However if you’re not already in a touring band, you’ll likely know Duncan more for his work as the frontman of the fantastically named Trash Boat. Their debut album – released last year – is the kind of rollercoaster that’s as fun to listen to as it is deeply introspective, the perfect partner for sinking several beers then staring existentially into the distance. Here we speak about that record, its closing track, scene politics – and avoid absolutely any talk of which band he’s taken on tour takes the longest toilet breaks.

Kerrang: The name of the album – Nothing I Write You Can Change What You’ve Been Through – really struck me.
Tobi: There was a period in my life where family was disjointed. My dad wasn’t around for a long time, so we kept in touch with letters – we kept it OG. I didn’t think about it at the time but I thought if I was going to write about that [time period], it would be about how I felt reading and writing those letters. Reading words on paper doesn’t change the fact someone is not there but it does give you some semblance of connection. It was very important that I was able to share that with him. The album title is quite open-ended as well because it lets people apply their own experiences.

Yeah, I thought about my own experiences, telling people things and hoping they’ll feel better– except they don’t.
You can tell people it’s going to be okay, you can write it all down – but at the end of the day it isn’t going to change anything.

Exactly. Given the depth behind the album title and some of the lyrics on the record, it feels like your music goes beyond pop-punk.
A lot of my lyrical inspiration comes from hardcore, melodic hardcore. I like a lot of poetry as well. I don’t take much inspiration from pop punk bands, there’s not much there that relates to me personally. That’s not a knock against pop-punk, it’s just not something that resonates with me, you know?

Yeah. I’m not knocking it either but it feels more basic.
I guess. There a lot of pop punk bands that don’t do basic stuff but even the not basic stuff still won’t strike a chord with me if it’s not about something that relates to me personally. I like being introspective, whiney, existential, you know?

What do you mean by existential?
Just, like, me trying to get a handle on what the hell is going on in my own head. Why I make the decisions I make, why I feel – why anyone feels – the way they feel. Sometimes I feel like I’m in a constant state of indifference or confusion, because no one really knows what’s going on: it’s always a bit of a mystery, isn’t it?

It’s a good thing to do – to write about deeper, existential topics. Even if it’s for yourself.
It is mostly for myself – maybe a 50/50 split. A big part of it is selfish, cathartic – it’s just something to do!

You define yourself as bi? Has that ever caused an issue in the wider hardcore scene?
I can’t speak for the scene, I can only speak for myself. I feel very comfortable being intimate with men and women and people across the gender spectrum, I don’t have any problems admitting that. Intimate doesn’t necessarily mean sex, it means emotional intimacy. I feel comfortable around people of various genders and identities – and also feel uncomfortable around people. It’s on a person-by-person basis.

As it should be! But you haven’t been in situations where you’ve been made to feel uncomfortable? Sometimes I get the sense hardcore is as backward thinking as rap.
Even if I sensed people were making me feel uncomfortable I’m just real confident in that respect and I would think ‘Wow, you’re a dick’. It’s easier to say I’m bisexual because people understand that. But that’s not completely accurate. To say I’m bisexual insinuates I think gender is a two way street, male or female, which is not something I necessarily agree with. But it’s hard to find a word that says you’re comfortable with people across the gender spectrum. I like who I like, that’s how I define it.

Good to hear. Let’s talk about the final song on the record – “You Know, You Know, You Know” – which is really important right?
Well, to my mother more than me. It was a really fun song to write and one of the easiest to write.

Really?
Easiest in the sense there was a lot of content to work with and the lyrics came quite thick and fast.

What’s it about?
Two years ago one of my mum’s closest friends killed himself. He left everything to my mum – which wasn’t much, but it was all of his stuff. He left a letter as well and the intro sample on that song is the opening paragraph to the letter I read. I wrote the song for the two of them – him and my mum. He was a musician and when I was young he was always keen to jump on the phone with me and ask me how my dreams of being a rockstar were going. When I got my first drumkit he was playing on it. He was a nice guy, he was really lovely.

It’s so dark how people are so nice but end up ending their life.
Even Robin Williams, he had it all.

Exactly. It’s fucked up. Last question: I heard a rumour you can get one of the band’s first EPs on Bandcamp for £999. Is that right?
That’s the other members. I’m the black sheep – the other four members used to be in a band and when they broke up they put their old EP up on Bandcamp for £1000 a joke.

Has anyone bought it?
No!